Israel needs Turkey, but is it ready to compromise?

Israel and Turkey share a number of areas where they can collaborate to minimise Iranian expansionism, but it will require deft diplomacy and concessions. 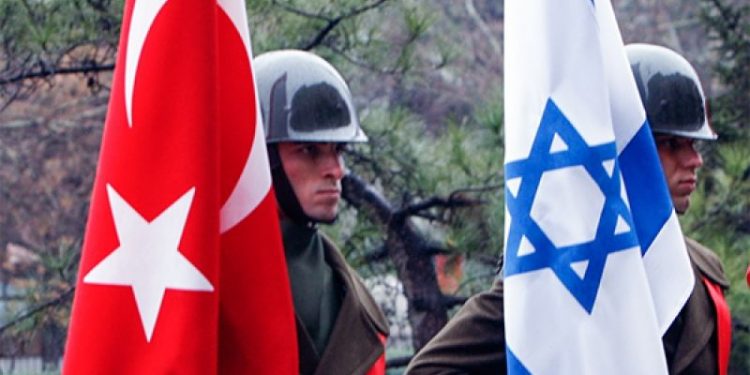 Israel has failed to produce a stable government after multiple attempts at wrangling with different coalitions, leading to four elections in two years. Concurrently, developments in the Middle East have brought Israeli and Turkish interests closer.

Most importantly, at a time when Tehran is posturing to improve its bargaining position ahead of a new deal with Washington over its nuclear program, Tel Aviv needs Ankara. Growing Iranian aggression towards Turkey and Iran’s shielding of the PKK terror group– not to forget the situation in the eastern Meditterranean – presents a window of opportunity. However, the million dollar question is whether Israel is ready to compromise and take a step towards Turkey.

During the Trump administration, Tehran was under pressure but succeeded in preserving its outsized presence in the Middle East. Hezbollah remains active in Lebanon and Syria, Iranian Shia militias are an essential part of Iraqi politics and Syria is filled of Iranian-controlled militias.

While Israeli air strikes disrupt Iranian logistic networks, they do not eradicate them. Iran has consistently amassed equipment, militants and weapons close to Israel, and despite an agreement between Russia and Israel, Iran is entrenching itself in the south of Syria.

Iran is playing the long game in Syria. On top of it, the will of the Joe Biden administration to renew the nuclear deal does not promise anything but a major increase of threat in the interim, at least. This threat is not limited to Israel, but Saudi Arabia and Turkey feel it as well. While Tehran expanded its role in the region thanks to the first nuclear deal, a second one is doomed to be a catalyst for Iranian aggression.

While some in Tel Aviv may argue that the Abraham Accords have provided Israel with new allies to limit Iran, in reality, that has not been the case. Israel’s Arab allies are all states without adequate armies or lack the know-how to confront Iran.

Most notably, Emirati aid to Israel would essentially just be to pay others to do the job, a strategy that has no history of success. Israel knows best that it can’t rely on its ‘new allies’. In the past, Israel has had to secure itself by solely relying on the US, but under Biden this might prove risky.

To foster a regional powerhouse against Iran, Israel needs Turkey. Turkey has repeatedly proved to be capable and willing to confront Iranian militias. Most notably, Turkish drones and Turkey-supported soldiers of the Syrian National Army have eliminated dozens of Iranian-backed Shia militias in Idlib.

Iranian threats towards Turkey in Iraq and increasing Iranian support for the terrorist PKK promise an increase of tensions between Ankara and Tehran. However, one should not expect either to engage in direct hostilities against each other. The history and diplomatic experience of both states will prevent this – it’s worth remembering that the oldest border in the Middle East is the Turkey-Iran border.

While both states won’t engage each other directly, they will do so via proxies or local partners. In the past, after the nucler deal, Iran was the champion of proxies and asserted its role through its sectarian militias. However, currently, Turkey’s local partners are more than capable.

In contrast to the UAE, Turkey has a contemporary record of winning wars or helping others to win. Four succesful military operations in Syria, and Turkish aid to Libya and Azerbaijan are all stories of military success.

In addition to countering Iran, Israel also needs Turkey to counterbalance Greece and Greek Cypriots’ maximalist claims in the eastern Mediterranean. The agreement between Israel and the Greek Administration of Southern Cyprus is clearly to Israel’s disadvantage. For instance, the disputed Aphrodite gas field would have been totally inside the exclusive economic zone of Israel if Tel Aviv had signed a maritime delimination deal with Ankara. An additional maritime zone of 15,000 square kilometers could have belonged to Israel.

The recent war in Nagorno-Karabakh brought Israel and Turkey together in support of Azerbaijan. Together, opposing Iran, Armenia and Russia, Turkish and Israeli drones succesfully decimated Russian military equipment. This can be seen as a trailer of the potential of the relationship, if Israel decides to open its arms to Turkey.

However, Israel will need to be ready to pursue its own interests and employ realpolitik. Also, Israeli Prime Minister Benjamin Netanyahu’s words against the Turkish president may be hard to walk back. If Israel wants to have a functioning relationship with Turkey, it has to deliver on the humanitarian situation in Palestine. For example, it is not possible for Tel Aviv to continue committing atrocities against the Palestinians and expect Turkey to remain silent.

While a rapproachment will definitely come with both sides making compromises, Israel also has to consider compartmentalising relations. If Israel wants to increase its probability of success with Turkey, Tel Aviv should not expect Ankara to kick out Hamas officials in Turkey – that were initially sent by Israel itself – to Turkey.

Inevitably, one can’t expect Turkey and Israel to agree on all issues. On the contrary, areas of disagreements will remain, but they have to be separated from areas of mutual interest. In short, Israel needs Turkey but it has to show the political will and courage to engage with Turkey without expecting Turkey to submit fully under Israeli demands like other states have done.