The annual report of the SIPRI institute sheds light on the export statistics of the world's largest arms exporting countries. The US increased its share at the expense of Russia and China. Germany and France also took bigger pieces of the pie. 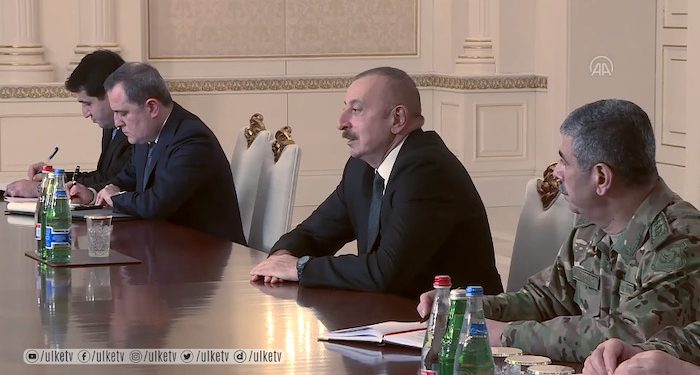 Israel’s arms exports made up 3.0% of the overall arms sales worldwide in the years 2016-2020 and were 59% higher compared to those in the years 2011-2015. Israel accounted for 69% of the arms imports of Azerbaijan. Israeli companies are currently considering arms sales to Middle Eastern countries that until now had been closed to them, according to Sweden’s Stockholm International Peace Research Institute (SIPRI) whose annual report was published this week.

The third and fourth-largest arms exporters also experienced significant growth between the years 2011-2015 and 2016-2020. France expanded its exports of major arms by 44% and was responsible for 8.2% of global arms exports in the years 2016-2020. India, Egypt and Qatar together received 59% of the French arms exports.

Germany increased its exports of major arms between 2011-2015 and 2016-2020, accounting for 5.5% of the global total. The leading markets for German arms exports were South Korea, Algeria and Egypt.

The Defense News website reported that despite the growth in arms exports, SIPRI said that there was a certain slowdown in the years covered by the report. According to Pieter Wezeman, a senior researcher for the Swedish institute, it is possible that the COVID-19 pandemic had an influence on arms export policy, and many countries are reassessing their military acquisitions due to difficulties from the pandemic.