Kasparov, once again on Heydar Aliyev’s support: “He saw the prospects, at his behest we were given an apartment, a base was built in Zagulba.”

Azerbaijan-born 13th World Chess Champion Garry Kasparov once again mentioned the support Heydar Aliyev had given him at the critical moment of his career. 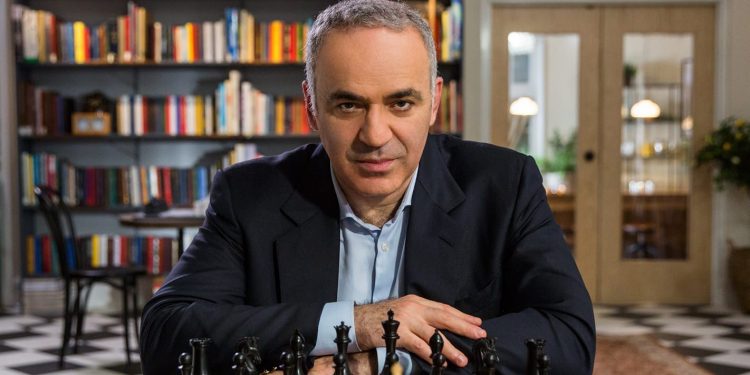 “I always had support,” Kasparov says in an interview with the YouTube channel Levitov Chess. “The Azerbaijani Sports Committee was very supportive. But the critical moment was after the victory at the tournament in Banja Luka, when we were told that Heydar Aliyev would receive us. It was a whole different situation. My mother and I visited Heydar Aliyev. He saw the prospects. He was not bothered that I was Armenian. What mattered was that I was from Baku. And this support would play a decisive role in preventing me from being ‘taken out of the race’. I could have been ‘taken out’ several times or denied the opportunity to fulfill myself. In the Soviet Union there were different ways and different situations to block a person’s career. And being received by Aliyev guaranteed that I would have support on the inside.

“They built a base for me in Zagulba. That was in 1980. We were given access to the ‘first store’, that is, the opportunity to buy good products. Also, at Heydar Aliyev’s behest we were given a new apartment.”

The tournament in Yugoslavian Banja Luka was held in April 1979. The 16-year-old unrated master was allowed to compete in a tournament in which 14 of the 16 players were grandmasters. As a result, Kasparov took a sensational 1st place, without a single loss, securing an overall victory two rounds before the finish. In Banja Luka, Kasparov received his first Grandmaster score, earning an international rating for the first time.

Interestingly, for many years, the Baku-born grandmaster preferred to keep quiet about Heydar Aliyev’s support, without which he probably wouldn’t have reached the heights he had reached. This was the second time in a couple of months that Kasparov talked about Heydar Aliyev’s patronage. In his interview with Ukrainian journalist Dmitry Gordon in February, he said, among other things, the following.

“All of Aliyev’s help from 1979 to 1985 was a shield protecting me. The Soviet system had no interest in replacing the Russian champion with a mixed-blood one from Baku. That’s why Aliyev’s help was important, because I was provided with training conditions. Heydar Aliyevich was my patron.”