MP Fazil Mustafa: “Russia started a war not against Ukraine, but against international law.”

"The war against Ukraine is actually Russia's war against international law," Fazil Mustafa, a member of the Milli Majlis, told reporters in an interview. "This is why, foreseeing the likely consequences, Western countries have formed a united front to fight against the Russian Federation." 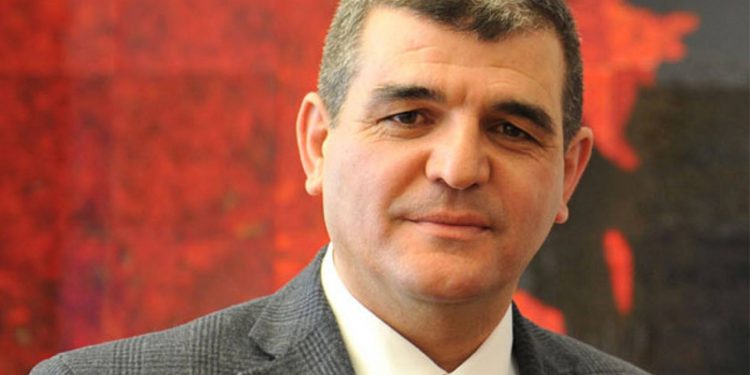 According to the MP, when Russia annexed Crimea and held, on various pretexts, control over the territories of Donetsk and Luhansk Oblasts, where separatist regimes had been established, it did provoke non-systemic protests and even economic sanctions on the part of the West. But when Russia invaded a sovereign state in order to seize its capital city and install its puppet as president, all civilized countries finally sobered up and saw no alternative but to join a powerful anti-Russian coalition.

“I can say without a shadow of a doubt that for Russia, today’s Ukraine is a swamp, where its army will surely get bogged down,” the MP stressed. “Russia has no chance of winning because the Ukrainian people is experiencing an unprecedented surge of patriotism, they are getting all the necessary support from abroad and they will fight to the last bullet.”

Fazil Mustafa also said that the leadership of Ukraine had failed to exercise in due time proper political efforts and to show proper diplomatic flexibility, which could have prevented the war in the territory of the country. This resulted in a bloody tragedy, the consequences of which the Ukrainian people will feel for many years to come.

In the MP’s opinion, Ukraine is not facing the sad fate of Syria and Afghanistan, because its civil society not only declares a strong commitment to European values, but also fights for them.

Speaking about the political strategy of the Russian leadership trying to revive the USSR at this new turning point of history, Fazil Mustafa emphasized that there are neither ideological nor economic prerequisites for that.

“The only tool for accomplishing this goal can be the occupation of the territories of former Soviet republics, which is fraught with Russia’s total international isolation,” the MP argues. “Not to mention that, judging by the results of the anti-Ukrainian expansion, the Kremlin does not have sufficient economic or military potential to accomplish this goal.”

At the same time, Fazil Mustafa is not inclined to believe that further escalation on the Ukrainian track could lead to the collapse of the Russian Federation.

“The collapse of Russia, just as, incidentally, that of the Islamic Republic of Iran, is not a strategic goal of the United States,” the MP believes. “This is just a matter of removing a rotten tooth.”