Modest Kolerov, Editor-in-Chief of REGNUM news agency, former head of the Interregional and Cultural Relations Department of the Russian Presidential Administration and one of the Kremlin "hawks", called on Armenia to "stay away from the European Union". 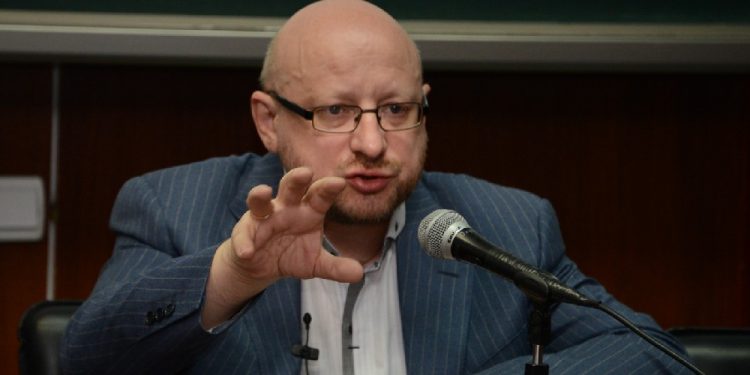 According to him, if Yerevan hopes to get security guarantees for Armenia and “Nagorno-Karabakh” (Azerbaijani territories under temporary control of the Russian peacekeeping contingent—Ed.) by getting closer to the European Union and NATO, this would be a serious mistake.

“The Kosovo precedent shows that the European Union and NATO will not defend Armenia and Nagorno-Karabakh,” Kolerov stressed.

He called “naïve” the hopes of the Armenian authorities, who expect to get protection from Brussels if they exchange membership in the CSTO and the EAEU for closer relations with the organizations of the European Union.

Modest Kolerov believes that the Armenian leadership’s hopes to revive the OSCE Minsk Group, from which Russia withdrew, and Yerevan’s attempts to play the “Karabakh card” using the Kosovo precedent are meaningless.

In this regard, REGNUM’s Editor-in-Chief reminded the Armenian leadership about the extremely harsh response of NATO troops to Belgrade’s attempt to protect Kosovo Serbs.

“Serbia only tried to protect its compatriots from the Kosovars,” Kolerov recalled, “and in the end NATO units simply kicked the Serbs and forced them to surrender. This is what the ‘Kosovo precedent’ is all about! Does Armenia want to get help from the very NATO forces who took the Kosovars under their protection, while ignoring the rights of the Serbian minority? How naïve! This is not going to happen!”

According to the Russian publisher and journalist, the main reason why the European Union and NATO will not defend Armenia is that the North Atlantic Alliance is represented in the South Caucasus by Turkey.

“Frankly, I have trouble understanding what Yerevan expects to happen,” Kolerov muses in bewilderment. “All they can do now is hope that the Russian peacekeepers will stay in Karabakh, and this will give the Armenians at least some balance of power.”

It should be noted that Modest Kolerov has always been known for his unwavering pro-Armenian position, and the news agency he heads has been actively supporting the ambitions of the Armenian separatists in Karabakh for many years.

However, after the regime change in Armenia, when the reins of political power were taken over by the pro-Western party led by Nikol Pashinyan, he became one of the most vocal critics of Yerevan’s policies.

It is hard to believe that it was on his own initiative that a seasoned propagandist like Kolerov recommended the Armenian authorities not to rely on the EU’s mediation to achieve peace with Azerbaijan. Most likely, the Kremlin is using the journalist’s pen to warn Yerevan against arranging a most-favored-nation treatment for the West, as the latter seeks to gain a foothold in the South Caucasus.

Otherwise, both Armenia and the Armenians of Karabakh may soon face serious security problems.