Lake Urmiya in Iranian Azerbaijan may soon cease to exist

Yasir Rakhbardin, who is in charge of water supplies in the Iranian province of Western Azerbaijan, says that Lake Urmiya, on which the region has long depended, may soon cease to exist, a development that will likely produce both a humanitarian disaster and more conflict between Baku and Tehran. 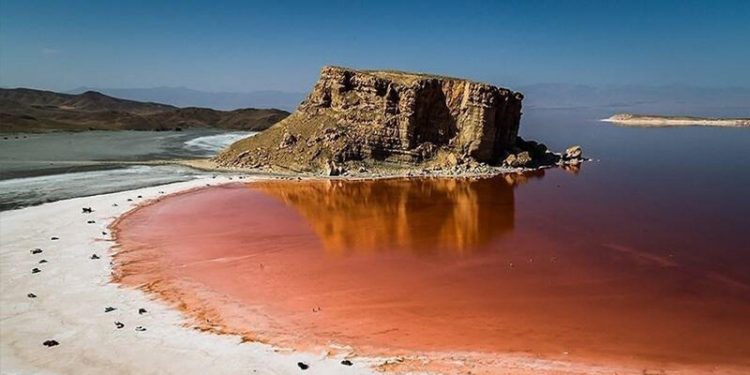 In reporting this development, the Russian Vestnik Kavkaza asks “who will benefit from the disappearance of Lake Urmiya?” The obvious answer is not the population which lives around it, almost all of whom are ethnic Azerbaijanis who form part of what Baku calls “Southern Azerbaijan” (vestikavkaza.ru/articles/komu-to-vygodno-isceznovenie-ozera-urmia.html).

According to Rakhbardin, the lake has lost 95 percent of its water volume over the last two decades and now is close to disappearing in much the same way that the Aral Sea has in Central Asia. Tehran has pledged to reverse this process, but local officials say it has done little or nothing to achieve that end.

In reporting this, Vestnik Kavkaza says that as a result of the death of Lake Urmiya, ethnic Azerbaijanis, “who live in compact settlements in this region,” are “suffering the most.” It adds that “among Azerbaijani activists in Iran, the opinion is widespread that the government has intentionally not solved the problem of the lake” in order to force Azerbaijanis to move.

Politicians in Baku who are interested in the Southern Azerbaijan issue have complained about this for a long time. They argue that Baku should take steps to force Tehran to act because the Iranians “aren’t taking measures to prevent the drying up of Lake Urmiya” with all the consequences that has for Azerbaijanis (windowoneurasia2.blogspot.com/2014/09/window-on-eurasia-more-than-half-of.html).