Land mines for U.S. abound in the Caucasus

Azerbaijan released 15 Armenian prisoners of war on Saturday in exchange for the locations of 97,000 Armenian land mines on territory Azerbaijan recaptured in last fall’s Nagorno-Karabakh war. That was a welcome sign that American diplomacy in the Caucasus is alive and well. 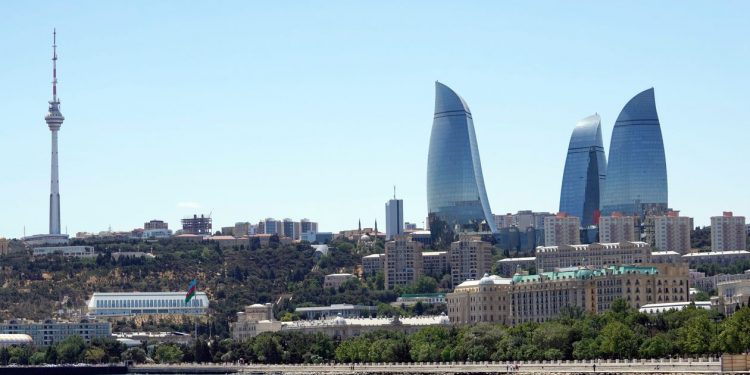 Armenian Prime Minister Nikol Pashinyan’s victory in snap elections Monday suggests that the window for diplomacy remains open. But the State Department will have to step carefully. There are plenty of geopolitical land mines left, and U.S. diplomats—who helped arrange the exchange agreement—could set off career-ending explosions if they make a false move.

The Caucasus is one of those complicated faraway but strategically vital regions that Americans often overlook. It’s the only exit oil and gas can take from Central Asia to the West without passing through Russian or Iranian territory. Since the former Soviet republics of the southern Caucasus declared their independence in 1990, there have been numerous conflicts in Georgia, two in Russia’s restive Chechen region, and two between Armenia and Azerbaijan over the Nagorno-Karabakh region, which is largely populated by ethnic Armenians but internationally recognized as part of Azerbaijan.

Caucasian conflicts can have an outsize impact on world order. In 1999 the second Chechen war helped Vladimir Putin assume firm control of the Russian Federation. His 2008 invasion of Georgia marked the beginning of a Russian challenge to the post-Cold War international order. The recent Nagorno-Karabakh war, in which Azerbaijani forces equipped with Turkish and Israeli drones imposed a stinging setback on Armenia’s Russian-supplied army, also marks a shift in world politics as high-tech drone warfare becomes a factor in small-power conflicts.

The problem for U.S. political types engaged in Caucasus policy is that American values and American interests can pull Washington in different directions. U.S. connections with Armenia are strong and deep. American missionaries and educators were closely involved with Armenian communities across the Ottoman Empire in the 19th century, and some of the most searing and heart-rending accounts of the Armenian genocide come from American missionaries who saw friends and colleagues slaughtered in 1915.

The large Armenian diaspora community in the U.S. keeps the memory alive, and since the collapse of the Soviet Union, Armenian-Americans have actively assisted and advocated for their struggling homeland. Practically speaking, Washington cannot conduct a Caucasus policy that ignores the concerns of Armenian-Americans and their Christian allies.

At the same time, Azerbaijan is too important to ignore. The Baku-Tbilisi-Ceyhan oil pipeline carries a million barrels of oil a day to Europe and Israel. With last January’s agreement between Turkmenistan and Azerbaijan on the joint exploitation of the Dostluq oil-and-gas field in the Caspian, the pipeline’s supply and importance has grown. Azerbaijan is also the only country that borders both Russia and Iran, and a predominantly Shiite country that enjoys close and cordial relations with Israel. The majority of ethnic Azeris live in modern Iran, and the close cultural and economic ties between Iranian and Azerbaijani Azeris are of critical importance for Western powers seeking information about Iran’s nuclear program and other sensitive topics.

Azerbaijani officials speak openly of their desire for closer relations with the West. Armenia meanwhile enjoys friendly back-and-forths with both Moscow and Tehran. During the Nagorno-Karabakh war, Russian supplies for Armenia were shipped through Iran—setting off demonstrations by Iranian Azeris that alarmed authorities in Tehran. Since the conflict last fall, the Kremlin has tightened its grip on Armenia. As has often happened when Christian Armenians have cried out for protection in the past, Moscow alone has answered their calls. Russian peacekeepers and threats are the only forces holding Azerbaijan back from completing its reconquest of Karabakh.

If there were no Armeniaian-Azberbaijani conflict, Azerbaijan, with three times Armenia’s population and 3.5 times its gross domestic product, would be the center of U.S. Caucasus policy—even if concerns about human rights and corruption ruffled relations from time to time. (Freedom House rates Azerbaijan as “not free,” and Transparency International rates it 129 among 180 countries for perceived corruption.) As the U.S. withdraws from Afghanistan and draws down forces across the Middle East, it needs local allies to protect its interests. Azerbaijan is high on the very short list of countries in the region both willing and able to help. Building a relationship with Azerbaijan without alienating Armenians is difficult, but Washington has a long history of managing incompatible allies. South Korea and Japan, Israel and Saudi Arabia: American diplomats have specialized in herding cats since World War II.

Last week’s prisoner release offered a welcome opportunity to work with both countries. One hopes the Biden administration can build on this success to make the Caucasus more peaceful and less vulnerable to Russia.