When General James Guthrie Harbord set sail to the Middle East in 1919, he was one of America’s foremost military heroes. Little known to us today, Harbord played a role in all of America’s turn of the century conflicts – from the Philippines to the Mexican Revolution to World War I, a conflict in which he was one of the leading commanders. 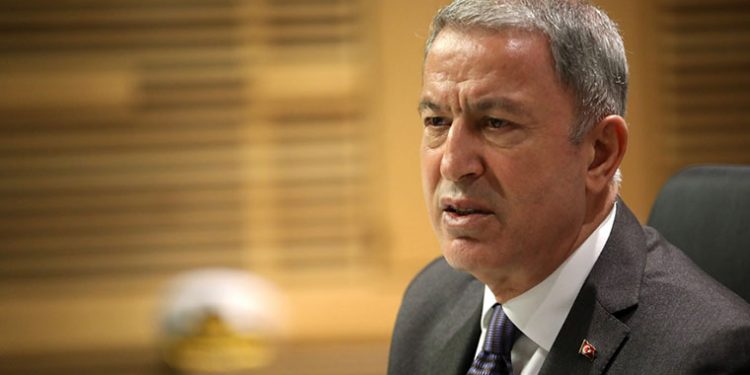 While his military accomplishments are little known today, he played an important role in forming America’s modern diplomatic relationship with the Middle East and Turkey.

The events of 1915 carry a special meaning for me as a person who spent a considerable amount of time researching this period in history when I was preparing my doctoral thesis entitled “Harbord’s Military Mission to Armenia.”

Harbord’s mission to the Middle East would have a long-term if unexpected impact on both sides of the Atlantic. Following the end of the First World War, and under pressure from certain groups as well as the Armenian lobby, U.S. President Woodrow Wilson sent a fact-finding mission to Turkey, headed by Harbord. He was accompanied by two other generals, 13 officers, and civil servants – more than 50 officials in total who were experts in their respective fields. His undertaking was, above all, a fact-finding mission, and he did just that. Following extensive observations and research in the region over 58 days, the Harbord military fact-finding mission produced a lengthy report. Throughout its 1603-pages, the report managed to see through the propaganda and the smokescreen and demonstrated objectivity along with intellectual honesty in its approach to the war-time relationship between the Ottoman Empire and its Armenian subjects.

It is that issue which still, to this day, over a hundred years after the end of World War I, continues to be a source of controversy. The guns of World War I have gone silent but, the political echoes of that conflict continue to be heard across the region. And even at the time, pro-Armenian lobbies in the United States and some groups in Turkey opposed his mission.

“There is much to show that left to themselves the Turk and the Armenian, when left without official instigation, have hitherto been able to live together in peace. Their existence side by side on the same soil for five centuries unmistakably indicates their interdependence and mutual interest,” Harbord wrote.

The “official instigation” referred to here is the meddling of the great powers of the time in affairs of the region. There are, of course, other findings in the report, such as the fact that the Ottoman Armenians were never the majority in any region in Turkey. The report and its annexes also help us in establishing the atrocities committed by the Armenians against other subjects of the empire. General Harbord, above all, wanted to make sure the United States would play no role in such “official instigation” in the future and his report help end the idea of carving a U.S. mandate, indeed a colony, out of the defeated Ottoman Empire.

This is not to disregard the massive humanitarian crises that took place both within its borders and in neighboring geographies during the last period of the Ottoman Empire, as was the case during the disintegration of other empires. In fact, Ottoman Armenians lost their lives under the harsh conditions of the First World War, which is when relocation took place. Other Ottoman citizens also died because of epidemics and migrations, as well as acts of sedition spearheaded by gangs and armed groups that escalated as a result of the weakening of state authority.

It is not my wish to fuel the fire of antagonism. Indeed, in today’s world, deriving enmity from history and creating new antagonisms are neither acceptable nor useful to build a common future. Suffice it to say that General Harbord’s report envisions a more peaceful future for Armenians, Turks, and indeed all peoples of the region. And those genuinely interested in a facts-based approach to the historical record can find his report at the U.S. National Archives and Records Agency (NARA) in Washington, D.C. Copies of the report were sent to the White House and the Senate at the time.

This academic deadlock also fuels a political one. President Erdogan (then Prime Minister) sent a letter to the President of Armenia in 2005 and proposed to establish a joint commission of historians and scholars. The envisaged commission was to conduct its research in Turkish, Armenian and all relevant third country archives and share their findings with the international community. As someone who has personally studied this issue academically, I am glad to say that this offer stands, but I am dismayed to note that Turkey is yet to receive a response to this proposal or see the opening of Armenia’s own archives.

The ceasefire between Armenia and Azerbaijan, which was announced last year, allows an important opportunity for a new page. In addition, Turkey was one of the first countries to reject and condemn the attempted coup in Armenia in February 2020. The opportunity for security, stability, peace and prosperity, not only for Armenia but also for the region as a whole that should not be missed.

Perhaps Armenia’s leaders can lend an ear to the messages being sent by Turkey to Armenia, and if they choose to invest in peace, the political and economic dividends will be high for the entire region. Turkey would like to see third countries – including allies like the U.S. – either help with ushering in this new understanding or be wary of efforts to politicize a historical controversy. Our clear preference is for the first alternative. Because only then can the historical interdependence and coexistence that General Harbord was able to report on back in 1919 may once again transpire. It is then and only then that Harbord’s mission may truly be over.