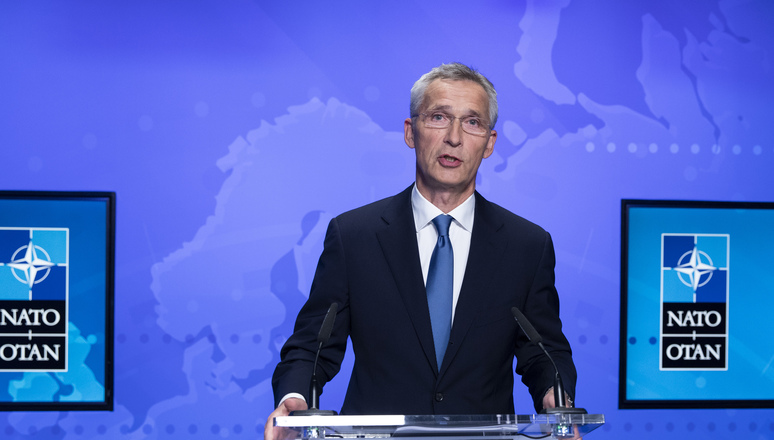 NATO Foreign Ministers have just met to discuss the situation in Afghanistan.

What we have witnessed in recent days is a tragedy for the people of Afghanistan.

First, the continuing evacuation of people from Allied and partner countries, and Afghans who worked with us.  This is our immediate priority.

NATO has worked around the clock to maintain operations at Kabul international airport, allowing thousands of people to leave. Around 800 NATO civilian personnel have worked to keep the airport open. Providing air traffic control, fuel, and communications. I pay tribute to them as they work in very difficult circumstances.

I also thank the military forces of NATO Allies, in particular Turkey, the United States, and the United Kingdom, and our partner Azerbaijan, for their vital role in securing the airport. And I thank all the Allies who have today pledged to receive Afghans at risk.

Second, we discussed our approach to those in power in Kabul. The eyes of the world are on Afghanistan.

We expect the Taliban to uphold their commitments, and ensure that Afghanistan does not again become a safe haven for international terrorism. The Taliban must put an end to violence around the country, and uphold the fundamental rights of all Afghan citizens – men, women and children.

Over the years, NATO’s presence and the support of the whole  international community, have allowed Afghans to make unprecedented social, economic and political progress. Any Afghan government which attempts to undo this progress risks international isolation.

Third, ministers agreed that we will not allow terrorists to threaten us again from Afghanistan.

Finally, there are hard questions that we need to ask ourselves over our engagement in Afghanistan.
We were clear-eyed about the risks of withdrawing our troops. But the speed of the collapse of the Afghan political and military leadership, and armed forces was not anticipated.

There are many lessons to be learned. And I intend to conduct a thorough assessment of NATO’s engagement in Afghanistan.

North America and Europe must continue to stand together in NATO. The unfolding events in Afghanistan do not change this.

The shifting global balance of power, Russia’s aggressive actions, and the rise of China, make it even more important that we keep a strong transatlantic bond.

We honour the service of the hundreds of thousands of Allied and partner military and civilians who have served in Afghanistan, and all the Afghans who have stood with us.