Iran and Russia in the Caspian; real allies?

Although Tehran and Moscow share the goal of keeping Western powers out of the Caspian Sea, they are not in a full alliance mode, and each has its own policy line. 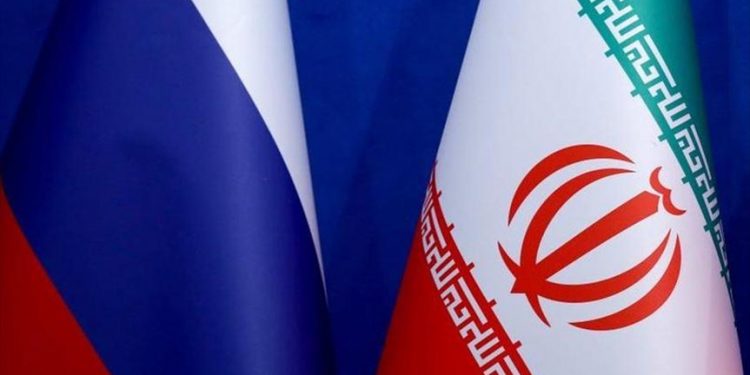 Russia and Iran experience many diplomatic, economic, and military engagements In the Caspian Sea, marking the complexity of the two countries’ regional interests and tensions. The Caspian Sea has never been a top priority in Iran’s foreign policy compared to its Southern waters. Nevertheless, in recent years, particularly after widespread Iranian reactions to the demarcation of the Caspian in the 2018 Aktau Agreement (signed in the City of Aktau in Kazakhstan), the country has paid more attention to policies towards Caspian littoral countries, especially to powerful Russia and ambitious Azerbaijan. The Caspian Sea was a Russo-Iranian sharing water between the 1920s and 1991. Following the collapse of the Soviet Union, Kazakhstan, Azerbaijan, and Turkmenistan insisted on a minimum 20-percent share of the sea. Moscow and Tehran, on the other hand, persisted that the Soviet-Iranian settlement would be valid in the post-Soviet era.

The Aktau Agreement resolved the demarcation issue between the littoral states. It took 22 years, 52 working groups, and five Caspian Sea summits to reach the agreement. It gives each state 15 nautical miles from its coast as sovereign water and ten additional nautical miles as an exclusive commercial fishing zone, with the rest of the sea beyond that open to all five states for common use. The signatories were however unable to resolve the issue of the Caspian Sea’s vast seabed resources. To fix the problem through further negotiations, the littoral countries came up with a special legal mechanism that defines the body of water as neither a lake nor a sea. Iran and Russia insisted that the construction of all sub-surface energy pipelines be approved by all five states, even if only two consenting states were involved. This provision of the Aktau Agreement gives Russia and Iran the power to prevent Azerbaijan, Kazakhstan, and Turkmenistan from transporting oil and gas to Europe, implying a larger share of the European energy market for Russia and Iran. Meanwhile, Iran will find the opportunity to obstruct Azerbaijan’s plans for the disputed Araz-Alov-Sharg hydrocarbon field.

Iran and Russia benefited as well from the Aktau Agreement’s prohibition on non-littoral military presence in the Caspian while sharing waters beyond the 25-nautical-mile territorial and fishing zones. Preventing Western powers from encroaching on the Caspian has long been a Russian and Iranian concern, and is perhaps the most significant shared interest in the Caspian. By not limiting the size of its fleets, Aktau gave Russia, the dominant power, and Iran, which has the second-largest flotilla in the Caspian Sea, the upper hand. Russia and Iran have previously used their Caspian fleets. In November 2015, Russia’s Caspian flotilla launched a cruise missile barrage on Syria, which is about 600 kilometers away. In 2021, Moscow dispatched a portion of its Caspian flotilla west through the Volga-Don Canal to challenge Ukraine’s Black Sea ambitions. Iran, on the other hand, has used its navy to challenge Azerbaijan. Iran’s navy had confronted a BP survey ship under an Azerbaijani contract in July 2001, and it recently began a war game in response to an Azerbaijani maneuver on June 30 this year. According to reports, the Azerbaijani navy exercised the scenario of attacking an enemy in the Caspian Sea (presumably Iran). Iran was quick to respond, and only a few days after Azerbaijan’s maneuver, it began its exercise in its claimed 20% of the sea, calling the Aktau Agreement into question.

Russia and Iran have had a dynamic military relationship in the Caspian, particularly in recent years. In 2015 Russian Defense Minister Sergei Shoigu signed a military cooperation deal with Iran. The two countries agreed to cooperate on joint exercises and military training, counter-terrorism and insurgency operations, and information sharing. Shoigu was Russia’s highest-ranking military official to visit Iran since 2002. The agreement was hailed by Iranians as “a joint response to US interference.” In 2019, Iran and Russia agreed to improve military cooperation in the Caspian, and in 2020 Iran participated in the Russian Kavkaz-2020 military drill there. In August 2021, teams from Russia, Azerbaijan, and Kazakhstan arrived in Iran’s Caspian port of Bandar-e Anzali to participate in the sixth edition of the Sea Cup competition, which was part of the 2021 International Army Games.

Not such good friends

Critics maintain that Russia’s interests in the Caspian have not always been in line with those of Iran. In the early years after the collapse of the Soviet Union, the two countries reiterated that Azerbaijan, Kazakhstan, and Turkmenistan were signatories to the 1991 Alma-Ata Declaration, which guaranteed “accomplishment of the international obligations arising from contracts and agreements concluded by the former USSR.” Nevertheless, Moscow later abandoned this view, entering into bilateral agreements with other countries. In fact, Russia started the process of dividing the Caspian years before Aktau. A 2003 tripartite agreement between Russia, Azerbaijan, and Kazakhstan granted Kazakhstan 27% of the seabed, Russia 19%, and Azerbaijan 18% while declaring the Caspian water open for shared use. Needless to say, Iran’s policy was different, insisting on an equal division. Facing severely negative reactions at home, an isolated Iran is the only state among the five that has not yet ratified the Aktau Agreement despite Russian calls to do so.

Once it enters into force, Aktau will give Iran less than others. Given the country’s small coastline and insignificant amounts of verified natural gas and oil resources there, Iran’s position is understandable. Iranians, including parliament members, chastised the Rouhani government, accusing it of making undue concessions under Russian pressure. Many compared the Aktau Agreement to the 1828 Turkmenchay Accord, which gave Russia a big chunk of the contested South Caucuses after Iran’s humiliating defeat in the Russo-Persian war. The Iranian government came under fire from within the country, mainly due to the timing of the deal. Many believe that Russia exploited Iran’s vulnerable position as a result of enormous US pressure to isolate it. Buckling under heavy US sanctions, Iran lacked the funds and technology to reach the hydrocarbon resources deep in its own Caspian waters. Alienating the Caspian littoral states, particularly Russia, may further isolate Iran. While Iran and Russia had some cooperation through OPEC, Iran’s more ambitious plans to bypass US sanctions by bartering oil with Russia in exchange for goods and services have already proven futile.

Although Tehran and Moscow share the goal of keeping Western powers out of the Caspian Sea, they are not in a full alliance mode, and each has its own policy line. Russia is the only Caspian country with frigate-class warships [12] and superior air power. Iran has been the second most powerful country in the post-Soviet Caspian waters, a position it is now fast losing to other littoral countries, particularly Azerbaijan, because of its old and increasingly outdated flotilla. Due to Russian opposition, [13] Iran is unable to send any vessels from its southern waters to the Caspian via the Volga-Don Canal to boost its military capability in the region. Meanwhile, Azerbaijan has bolstered its flotilla with Turkish and Israeli vessels and equipment. As of 2021, Azerbaijan has 44 vessels in the Caspian Sea, most of which are small but heavily armed.

Some believe that Russia’s exploitative approach to Iran in the Caspian is not an exception and should be seen as part of the overall Russian foreign policy approach towards Iran. For instance, despite cooperation and shared interests, Russia does not want to see significant Western investment in Iran, particularly in the hydrocarbon sector, as this could increase Iran’s competitiveness against Russia. In April 2021, a leaked tape of Iran’s former Foreign Minister Javad Zarif offered a glance at the behind-the-scenes of the Russia-Iran relationship. According to Zarif, Russia “put all its weight” behind creating obstacles in the way of the normalization of the relationship between Iran and the West, trying to ”sabotage” Iran’s nuclear deal. Zarif’s tape also revealed that Vladimir Putin persuaded Major General Ghasem Soleimani (and thus Iran) to become more involved in the Syrian war, despite the fact that Iran’s adventure in Syria served Russian interests more than Iran’s. Further developments in the Syrian war showed widening disagreements between Russia and Iran, which lost its position among Assad’s allies to Russia after the direct Russian military intervention in 2015. One of the most recent examples of the eroding Russia-Iran relationship in Syria is that Ankara and Moscow did not include Iran in their talks in Sochi on the situation in Idlib despite the trilateral structure of the talks at the outset. It was not the first time that Russia had preferred not to involve Iran in regional issues.

Russia also pushed Iran out of the peace efforts in the 2020 Nagorno-Karabakh War, choosing to work with Ankara instead, even though both sides of the war were Iran’s neighbors. It appears that Iran has become more focused on its “look to the East policy” (mainly considering Russia and China), particularly after Donald Trump’s withdrawal from Iran’s nuclear deal and draconian US sanctions against Iran, which the Biden administration has so far kept in place. However, Russia’s foreign policy in Syria, Iran’s nuclear issue, and the Caspian Sea have led some to believe that Moscow regards Iran as an ”expendable asset” [19] rather than a strategic partner.

Bijan Tafazzoli is a Ph.D. candidate in International Relations at Koc University, Istanbul