"Armenia does not believe that the conflict is over. In particular, the issue of the "status" of Karabakh cannot be considered resolved." 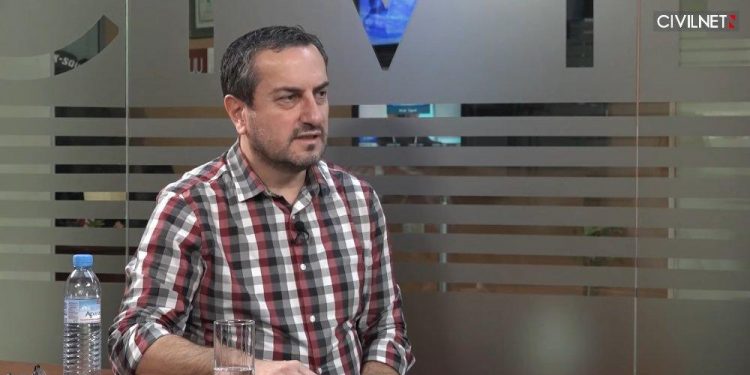 An interview with Arman Grigoryan, Professor of International Relations at Lehigh University.

Mr. Grigoryan, there is no subjunctive mood in history, but I have to ask you this. Do you think, looking back, given the number of casualties, that the events of early 1988 in Karabakh were a mistake?

Purely arithmetically speaking, it is easy to say that the demand to change the status of Karabakh was a mistake. After the 44-day war, the chances of Karabakh getting a higher status than it had in 1988 are slim. The city of Shusha, “Hadrut” and “Shaumyan” Districts (hereinafter quotation marks by Caliber.az—Ed.), which used to be part of the NKAO, are under complete control of Azerbaijan; the Armenian side lost about 10,000 soldiers and officers killed; Armenia was deprived of the opportunity of serious economic development, and so on.

But we cannot take such a blunt approach here. Firstly, the phrasing of the question suggests that the “Karabakh movement” was a deliberate decision of some group of people who could have made a different decision. But this was not this kind of decision. Yes, there were leaders who headed the movement and made various decisions. But the movement was fundamentally spontaneous. If those leaders had addressed the people and urged them to go home, the people would have found other leaders. In this sense, it was an ordinary “national, popular movement.” And we must understand that as such, it was far from unique.

Secondly, the Armenian side in fact achieved its goal after the first war. It did not achieve the annexation of Karabakh to Armenia or its de jure independence, but Karabakh ended up under de facto control of the Armenian side. Most importantly, the 1997 peace plan, which locked this state of affairs, was approved by Azerbaijan. It is another matter that a certain, then very strong, part of the Armenian political elite decided that they could get more, that it was possible to simply freeze the post-1994 ceasefire status quo, and that discussing the occupied districts outside Karabakh would be possible only if Azerbaijan officially recognized the “independence” of Karabakh. Representatives of this elite torpedoed the peace plan and forced the first president, who also approved it, to resign. That was when the Armenian side made a mistake—a fatal, catastrophic, monumental mistake.

Clearly, while Karabakh Armenians were at the helm in Armenia, a peaceful settlement was out of the question. But then Nikol Pashinyan came to power. He had nothing to do with the “Karabakh clan”, and there were certain hopes for a breakthrough in the negotiations at first. But, unfortunately, at some point, Pashinyan, as they say, took the wrong turn. He began to provoke Azerbaijan with his inappropriate statements, and his Defense Minister Tonoyan even brought up “a new war for new territories”. Didn’t the Armenian leadership understand the consequences of such irresponsible statements?

I wouldn’t blame it all on the Karabakh Armenians alone. In Armenia itself, there was a hardening of attitudes after the first war and especially after 1998, when Ter-Petrosyan resigned and his associates left active politics. A certain ideological atmosphere was created in the country, in which it became increasingly difficult to advocate a compromise settlement of the conflict. The ruling elite made sure that the entire intellectual and political stratum of the Armenian society was economically and politically invested in maintaining the status quo.

Now to the point. Indeed, when this entire system was overthrown by Pashinyan, it was not unreasonable to assume that there would be an opportunity to take a sober look at the real state of affairs. He and his team were not bound by anything. They had no objective economic or political interest in maintaining the status quo or taking a more aggressive stance. Pashinyan had repeatedly spoken out in the past in favor of peaceful relations with the neighbors and a compromise settlement of the Karabakh conflict. He was also informed by his own national security team about a serious possibility of escalation and that Armenia’s chances of success in a possible war were slim. And yet he took a position that was noticeably tougher than even Kocharyan’s or Sargsyan’s positions on the issue.

There are no good, or at least rational, explanations for his behavior. The following two factors may offer some insight into it. First, I think that Pashinyan, intellectually, belongs to the category of people who think that material reality is secondary to strong will, passion, aspirations, and faith. He often made statements and voiced opinions in support of this hypothesis. For example, in his speech at the celebration of the 100th anniversary of the Battle of Sardarabad, he said that the victory of the Armenian troops in this battle was due not to material, strategic, diplomatic or economic factors, but only to the Armenian people’s belief in victory.” He made similar statements on several occasions.

Second, I think that the unexpected, one might say incredible, success of the 2018 revolution backfired on him and on all of us. Since few people besides him believed in the success of that revolution, he began to ascribe to himself some extraordinary powers, a mystical ability to predict some truths that are beyond us, mere mortals.

The General Staff openly warned that Armenia would not be able to win the war. Why didn’t Pashinyan want to start urgent negotiations with Baku even after that explicit warning?

Not only did he fail to start negotiations after that, he further wound up the rhetoric. He also ignored similar warnings from the General Staff after the outbreak of hostilities. He resisted until the Armenian armed forces were almost completely defeated. What he hoped for completely escapes me. The generals and the intelligence services gave pessimistic assessments, Armenia’s ally did not encourage such behavior in any way, and the attitude of the world community was largely neutral. The only explanation for this behavior is a myth-based view of material reality and his non-existent supernatural abilities.

The war is over, the Karabakh conflict is over. Baku proposes a peace treaty, recognition of each other’s territorial integrity, delimitation and demarcation of borders, and the unblocking of communications. But Yerevan is in no hurry to respond to these proposals. Why do you think that is?

Armenia does not believe that the conflict is over. In particular, the issue of the “status” of Karabakh cannot be considered resolved. Naturally, after such a defeat, the Armenian side will have to reconsider its more maximalist demands, but Armenia is not ready for the recognition of Karabakh as an undifferentiated province of Azerbaijan, on which Baku insists. Demarcation issues are complicated because of this and because of the existing disagreements over some territories and settlements. Finally, although the November 10 statement provides for the opening of communications with Nakhchivan, it is not entirely clear what legal status these communications will have. So, there are certain disagreements on these issues at the moment, and therefore a peace agreement has not yet been signed.

Armenia and Russia have agreed on new arms deliveries. Can this be considered a preparation for a new war?

Not necessarily. The Armenian armed forces suffered very heavy losses in equipment. It is only natural that these losses are now being replenished. We cannot say that this process unambiguously confirms the intention to start a new war.

Do you think peace is possible between Armenians and Azerbaijanis?