Outlooks of the Prague meeting

The statement of the mediators of the Prague meeting between the leaders of Azerbaijan and Armenia has already been analyzed to pieces. 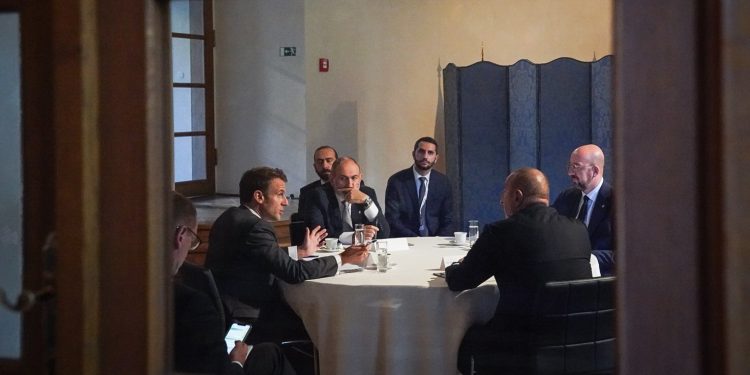 What are the possible scenarios for the near future?

Armenia acknowledges that the time has come to give up on Karabakh, as it realizes its inability to guarantee Karabakh’s security. But will it remain at the level of statements and even the signing of a peace treaty recognizing the territorial integrity of Azerbaijan, or will there be other actions?

Would other actions mean the withdrawal of the remnants of the Armenian armed forces from Karabakh and the refusal to support Arayik’s junta and the Armenian population of Karabakh?

This we will find out within a month at the latest, when Pashinyan’s government will submit the draft budget 2023 to the parliament. Will Armenia continue to fund the Armenians of Karabakh? This will show how genuine Pashinyan and Co. are in their statements, because it is impossible to support armed people, so called contract soldiers, without funding.

The meeting of the border commission and the meeting to draw up a peace treaty will take place by the end of October, that is, within the next three weeks. The former will be in Brussels, and I presume that along with the immediate process of delimitation, the emphasis at this stage will be on the establishment of a security mechanism. Here the EU civilian mission will be in contact with Azerbaijan.

As for the EU mission, there will be less shooting in these two months, or maybe no shooting at all. This is similar to the situation with the verbal agreements in Dushanbe in autumn 2018, after which there was no shooting on the former line of contact either.

How will Russia respond?

⁃ a CSTO mission to Armenia, a military mission in parallel with the EU civilian mission. It will be interesting to see how it will work.

⁃ parallel activation of Russian proxies in Armenia and in Karabakh with different agendas. The ultimate goal in Armenia will be to oust Pashinyan, but the minimum goal will be to preserve the financing of Karabakh. The proxies in Karabakh are already stirring up rallies: this, by the way, is an interesting move to demonstrate the reluctance of the Armenians to become citizens of Azerbaijan and to lead the West to make statements on the Karabakh Armenians and indirectly support the presence of the Russian peacekeepers in Karabakh.

⁃ In the coming weeks we can expect Russia’s activity, in anticipation of the meeting in Brussels. Obviously, the draft text of the peace treaty from Russia is rejected by the parties and the work is going on bilaterally. Russia’s mentoring behavior is not accepted.

Pashinyan faces yet more difficult weeks and he will probably demand from the US and EU at least some statements on the “rights and security” of the Karabakh Armenians in order to demonstrate to his society that the West will help.

If such statements do come out, it will complicate the interaction with Azerbaijan. Here the US can play the role of the “bad cop”, making statements about the Karabakh Armenians and the EU can be the “good cop”, pushing the peace agreement process without irritating Baku.

Azerbaijan maintains the position of readiness for all possible developments. The main events and processes will unfold in Armenia.