Talks have begun among shareholders in the Trans-Adriatic pipeline (TAP) to expand its capacity, Azerbaijan’s President Ilham Aliyev said on Friday (2 September), saying quick progress was necessary for his country to be able to boost gas exports to Europe. 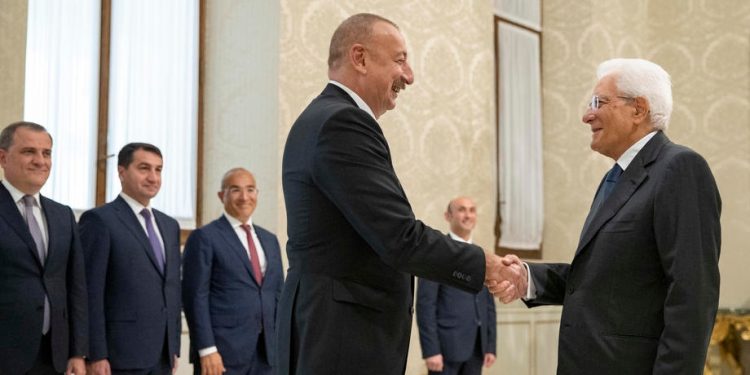 Azerbaijan owns 20% of TAP with other shareholders comprising BP, Snam, Fluxys and Enagás.

The pipeline started commercial operations in November 2020, delivering deliver 10 billion of cubic meters of gas annually from the Shah Deniz offshore gas field in the Caspian Sea to the EU — 8 bcm/year of gas to Italy, and the remaining 2 bcm/year of gas to Greece and Bulgaria.

“Yes. We already started practical negotiations,” he said when asked if an expansion was being discussed.

Speaking at the annual Ambrosetti business forum on Italy’s Lake Como, Aliyev said Azerbaijan needed TAP’s capacity to grow to comply with an accord to double gas exports to Europe over the next five years.

“With the European Commission we agreed by 2027 to increase the exports of Azerbaijani gas to Europe two times, up to 20 billion cubic metres. Without the expansion of TAP it won’t be possible,” he told reporters on the sidelines of the conference.

“We should plan a joint investment project and do it very soon,” he added.

On a visit to Baku last july, European Commission President Ursula von der Leyen signed with Aliyev an agreement to double the gas imports from Azerbaijan by 2027.

“It is much more in comparison with last year but for more gas we need to expand the capacity of TAP from 10 to 20 billion cubic metres,” he said.