All countries without exception face the problem of suicide, but to a different extent. Psychotherapist Azad Isazade told the Kaspiy newspaper about the causes of this phenomenon and how to prevent it. 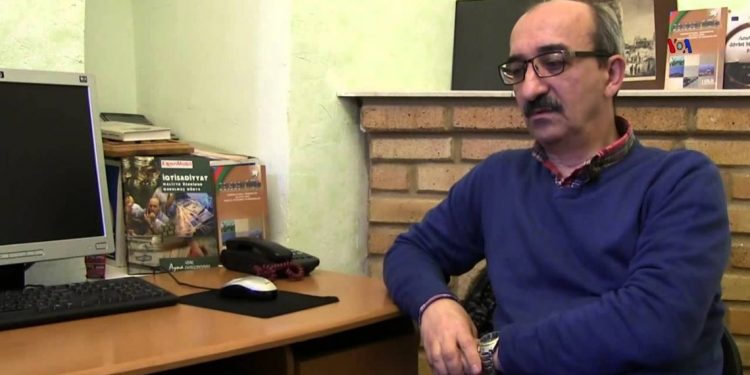 612 people committed or attempted suicide in Azerbaijan last year. 597 suicides were recorded the year before last, which indicates that the number of suicides is growing. In the two months of this year, 102 cases have already been recorded.

“We live in a period of heightened aggression in society. The aggravation of the state of world, of course, will affect people with suicidal tendencies,” Azad Isazade believes. “Suicide is also aggression, only directed at oneself. While people usually direct their aggression at strangers or family members, in a depressed person, it is directed inward. This is what we call auto-aggression, turning against the self.”

Sometimes there are waves of suicides. Why does it happen?

Yes, this is copycat behavior. There was a period when those who decided to end their life quite often jumped off the bridge near the Koroglu metro station, which is why it was even dubbed the “suicide bridge”. When a person contemplates suicide, they internalize every piece of information they receive from the outside. And when they hear that someone else has committed suicide, they may become convinced that they should do the same.

Does time of year affect the number of suicides?

All health issues flare up in spring. As winter turns to spring, hypertensive people get higher blood pressure, diabetics get higher blood sugar levels, and neurotics experience more frequent nervous breakdowns. A person who has been suicidal for a long time may feel a greater urge to end their life in spring.

But according to some sources, more suicides are typically recorded in the second half of the fall. In late October and November, the weather is often gloomy and rainy, and there is less sunshine. For those who like this time of year, it has a positive effect. Pushkin, for example, wrote his best lyrical poems in the fall. But other people are depressed by this season, and it affects their mental state adversely.

Who is most at risk for suicide?

One of these groups is teenagers, because their psyche is still unstable. They already perceive themselves as adults, but when they are faced with some adult problems, they are lost, because they do not have the skillset to deal with them yet.

Teenagers are prone to maximalism, they do not see shades of gray, only black and white. Any one failure may make them feel like their life is over. It may be a romantic heartbreak, or not getting into university, even some small thing, say, breaking mom’s favorite vase and being afraid to come clean about it.

Another risk group is older people. Many of them have some kind of chronic illness, have no job and see themselves as a burden to their families, feeling like a nuisance or an annoyance. In the countries that allow euthanasia, which is essentially legalized suicide, it is elderly sick people who resort to it most often.

As for people in their prime, they can be pushed to suicide by a variety of reasons, from business troubles to problems in personal life. Those who lack the strength to fight may decide to take this desperate step.

How advanced is such social service as helpline in our country, and is it effective in preventing suicide?

We have several helplines at various government agencies and NGOs. Professional psychologists work there. In particular, the Children’s Hotline 116111 +994 (51)-880-11-80 has been active for many years.

Suicidal people too call these helplines. People contemplating suicide are often held back from this terrible act by the thought of their children, of their parents, who will be left on their own, especially after such a tragedy. Their suicidal thoughts come and go. If the situation changes for the better, they may stop thinking about suicide altogether. But sometimes, they cannot cope without professional help, so they seek support.

Those who attempt suicide in the heat of the moment often regret their actions. There are also many people who go straight to a psychologist when they think about suicide.

What should be done to reduce the suicide rate in the country?

We do not have the full statistics. The Ministry of Internal Affairs is the most open on this issue, but it gives information that a suicide has been committed and is being investigated. Unfortunately, there is no center in the country that deals with this problem. In some cases, the Ministry of Emergency Situations deals with those who decide to commit suicide, if, for example, a person wants to jump off a bridge; in some cases it is the ambulance services, when dealing with, say, people who poison themselves. It would be helpful to establish a suicidology center in our country.

By the way, there was one in Soviet times, but only one in the entire Soviet Union. Today, such a center would accumulate scientific research and bring together specialists of different fields: psychiatrists, psychologists, and sociologists. All information about suicide cases would come in there to be thoroughly studied.