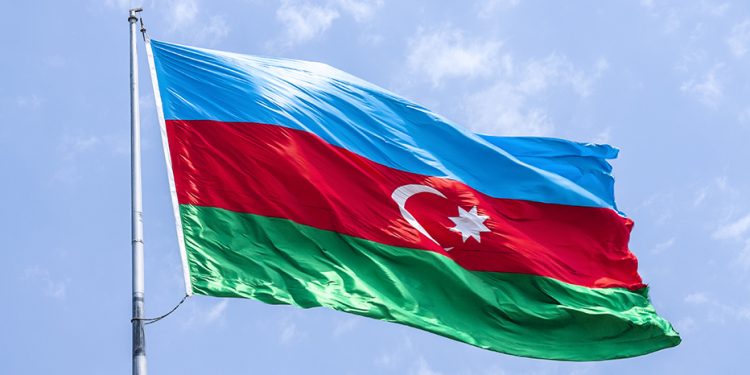 And if you want to survive, you need to think carefully about the safety of the entire place of residence, to find a common language with each neighbor. And Azerbaijan, judging by all appearances, knows better than many people how to insure in this respect: the country’s foreign policy is proactive in turning problematic neighbors into good friends. It is a trademark of Azerbaijani diplomacy, and it works in all directions.

To begin with, considering the South Caucasus countries as an example, it is safe to say that Azerbaijan’s neighbors in the region are in a quite bad spot. And Armenia, in particular, with its failed foreign policy, is still isolated, and if it does not agree on key issues with Azerbaijan in the near future, it may find itself in an even more total blockade.

Georgia – with its desire for European integration – is also under serious pressure from the outside, because its position is not balanced with respect to its main northern neighbor, Russia. And since Tbilisi is at the farthest reaches of the EU, it is hostage to the situation, and Brussels cannot guarantee its security from the “Russian bear”. It is obvious that the Georgian authorities will have to make a clearer decision in the near future, responding to the Russian principle “He who is not with us is against us”. However, each country has the sovereign right to make a decision and no one has the right to force it to do something.

Belarus, due to its frankly pro-Russian position, is now threatened by sanctions and the possibility of a boycott by Western countries. And no changes in foreign policy are foreseen here.

Moldova, in general, is located at the crossroads of geopolitical tension, moreover, it is going through a period of difficult relations with Russia and – theoretically – can even become, according to experts, an object of its expansion.

The security of the Baltic states, which have tense relations with Moscow, is even riskier because of their own position. One can admire the resilience of these countries in their confrontation with Russia, but the level of security of the “Baltic trinity” is very far from any guarantees.

As for the Central Asian countries, until recently everything here was more or less clear and peaceful. On the eastern side, there was effective cooperation with China; on the western side, there were extensive ties with Russia, including such blocs as the CSTO and the EAEU. However, the war in Ukraine and the danger of being sanctioned along with Moscow forced Kazakhstan, in fact, to step away from global political and economic cooperation with Russia. And now Nur-Sultan has a political gap in this direction.

Azerbaijan’s foreign strategy is a formula of a special kind. Designed by Heydar Aliyev in many aspects, it is in fact being implemented and refined continuously in practice by President Ilham Aliyev’s current virtuoso diplomatic game. Its strategy is based on building good-neighborly relations with all players, both in the regional and foreign political orbit. Azerbaijan tries not to aggravate relations with any state for no reason, does not go into fierce bickering, and does not go along with external forces. At the same time, it establishes fruitful economic cooperation with some of its most important partners, which inevitably creates an atmosphere of political stability and trust and even a readiness to help each other.

Thus, at the dawn of its statehood, Azerbaijan built the core of its foreign policy, where the defining element is the pragmatic balance of political cooperation with the main centers of global political power, such as Great Britain, the US, and the EU in the West, and with Russia, an important regional force, in the East. In its current policy, official Baku continues to improve this system of balance. Of course, this system is directly linked and largely dictated by the geopolitical location of the country, located at the junction of Europe and Asia – a unique, but not an easy position. And while Baku has strengthened its contacts with the West, not least because of the “Contract of the Century”, the numerous cultural and economic ties, including the trusting relationship between the heads of the two countries, have been the key to cooperation with Russia.

Another important principle of Azerbaijani policy, Ilham Aliyev’s well-thought-out strategy, is the country’s distance from any blocs and alliances. It is an extremely important leitmotif of the Azerbaijani political course, which allows for maximum flexibility in choosing a political step. That is why Azerbaijan’s current position in the modern political arena is so harmonious and practically flawless.

Let us take a closer look at the situation. It should be noted that Azerbaijan, long before the 44-day Patriotic War, foresaw a strategic moment in this force majeure situation: the likely military expansion into the region by one of the two important power poles – the West or Russia. And a potential threat to our country. And in this case, an effective response to the opponent, depending on the situation, was either the West’s response to Russia’s actions in the region or Russia’s response to the West’s actions. Where everyone would be interested to come to the aid of Azerbaijan by virtue of partnership and strategic relations. Over time, having grown stronger economically and politically, Azerbaijan included in this conception the strategic cooperation with brotherly Türkiye, which became decisive in this global game after the signing of the Shusha Declaration. Moreover, in recent years Azerbaijan has strengthened this unique mechanism of counteraction and political influence through its leading participation in such organizations as the Non-Aligned Movement, the Organization of Turkic States, the Economic Cooperation Organization, and others. Having built such a well-tuned mechanism of influence and counteraction, Azerbaijan can confidently enter any political battles. One telling example is the use of the potential of the Resistance Movement against the political attacks of a number of countries during the Patriotic War. And the successful signing of the Trilateral Statement of November 10 is evidence of Azerbaijan’s political and military superiority.

The current configuration of Azerbaijan’s military and political security is practically one hundred percent: not only does our country have the most combat-ready army in the region, but it is also increasing its political influence. Thinking ahead, after the Second Karabakh War, official Baku, with its brilliant diplomacy, has secured its formula of global political balance through a series of important actions. This is, of course, building political and economic cooperation with Tehran, where, until recently, an ardent opponent has become an important economic partner in the region. Thus, Baku interested Iran in Azerbaijani economic projects, including the route of the Zangazur corridor on the territory of Iran. At the same time an amazing, programmed for many years ahead project was launched – the TANAP gas pipeline, delivering Azerbaijani and transit fuel from other countries to Europe. Essentially, along with the Contract of the Century, it has made Azerbaijan a serious guarantor of European energy security.

Another breakthrough is Azerbaijan’s mediation efforts to restore relations between Türkiye and Israel. Now Azerbaijan’s two worthy economic and military partners are cooperating with each other and are ready to support it together in case of any potential military threats.

Azerbaijan’s last important strategic move, which turned out to be fantastically far-sighted, is a move toward cooperation with Central Asian countries, which can now become globally decisive in transport, energy, and economic areas of interaction. So, for Baku, this move could be fundamental in the situation of the new reality, when the world transport logistics is completely changing its configuration. And transport corridors for energy supplies from the region to Azerbaijan have already been negotiated with Kazakhstan and Uzbekistan, and then through the Zangazur corridor to Türkiye – a new direction of the Azerbaijani segment of the Silk Road, connecting East and Europe.