The West, of course, will scream, as it always does. Well, what is there to scream about? Why build biological laboratories working against Russia? 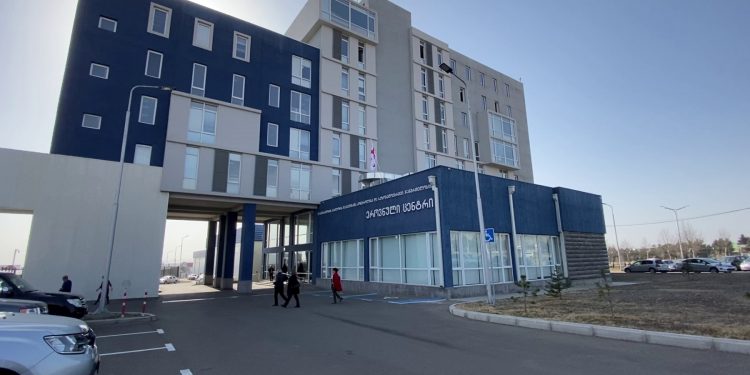 The Lugar Research Center is a U.S.-funded lab outside Tbilisi, Georgia. Photo by Sophiko Vasadze.

A Russian expert suggested launching a missile strike on the Lugar Research Center in Tbilisi. According to Ekho Kavkaza, Mikhail Aleksandrov, leading expert at the Center for Military and Political Studies of Moscow State Institute of International Relations, said that should Georgia refuse to let Russian inspectors visit the American biological laboratories located in the territory of the country, Russia has every right to deliver a missile strike on them.

“Georgia should be warned explicitly: we demand that our inspectors be allowed into these facilities, and if they refuse, we should say that we will simply destroy these laboratories, we will strike at them. At a time when we are conducting an operation in Ukraine, a couple of cruise missiles on Georgia will be such a small thing that no one in the world will actually notice it. The West, of course, will scream, as it always does. Well, what is there to scream about? Why build biological laboratories working against Russia? There’s no reason to build them!” Aleksandrov told the Regnum news agency.

The agency recalls that on March 6, the Russian Defense Ministry made public documents saying that biological weapons had allegedly been developed in Ukraine. Major General Igor Konashenkov, the ministry’s spokesperson, said that pathogens of plague, anthrax, tularemia, cholera and other deadly diseases had been urgently destroyed in Poltava and Kharkiv laboratories on February 24. Against this background, the Russian media resumed a disinformation campaign against the Lugar Research Center in Tbilisi. The articles say in particular that African swine fever, which has been circulating since 2007, was bred in the laboratory in Georgia. The Russian Defense Ministry also claimed so on March 7, Ekho Kavkaza says.

Since the Richard Lugar Center for Public Health Research was opened in Tbilisi in 2011, rumors have been going around that the center creates chemical or biological weapons, as well as dangerous strains of viruses. Russian officials have voiced similar accusations. Late in 2018, experts from 17 countries visited the center at the invitation of the Georgian Ministry of Health. According to their report, the center is working solely for peaceful purposes.