Reporters Without Borders (RSF) calls on Russia, whose peacekeepers have controlled access to Nagorno-Karabakh from Armenia since the end of last autumn’s war between Azerbaijan and Armenia over this "disputed territory", to stop denying entry to foreign reporters. 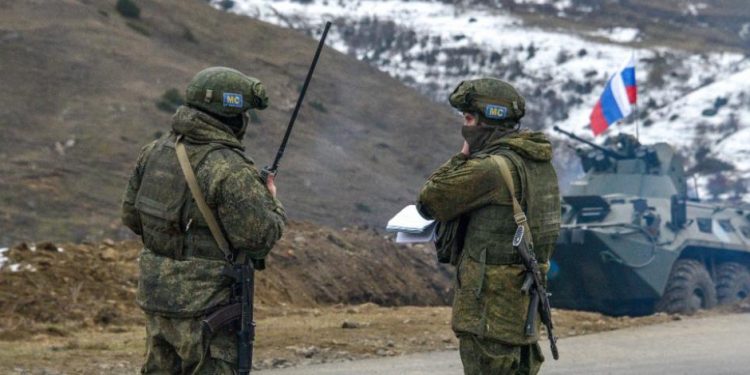 RSF also urges the UN and Council of Europe to ensure respect for the right to the freedom to inform.

An enclave populated by Armenians that is located in Azerbaijan, Nagorno-Karabakh is now at peace after last autumn’s six weeks of bloody fighting, and is secured by Russian peacekeepers, but control over journalistic activity has been stepped up.

Since last February, at least ten foreign journalists have been denied entry by the Russian peacekeeping troops controlling access to Nagorno-Karabakh from Armenia via the so-called Lachin corridor.

They include the French photographer Christophe Petit-Tesson, who said: “I spent several days there in January but the rules have changed since then.” Vincent Prado, a reporter for the Enquête Exclusive current affairs programme on the French TV channel M6, has had his requests to visit the territory refused several times by the Russians without any explanation.

Similar unexplained refusals have been received by Neil Hauer, a Canadian freelancer for the Guardian and CNN, and Mark Stratton, a British journalist who described his frustration in an interview for the BBC. The photographer Kiran Ridley received permission to visit the enclave but was turned back at the Russian checkpoint on 4 April.

With some difficulty, reporters Jonathan Walsh and Mohamed Farhat from the French TV news channel France 24 managed to get in at the start of March thanks to a privileged contact on the spot, but they are among the very few journalists to have succeeded.

“A growing number of foreign journalists are being systematically refused entry by Russian soldiers,” said Jeanne Cavelier, the head of RSF’s Eastern Europe and Central Asia desk. “There are no objective grounds for this obstruction. The reporters do not pose a threat to the territory’s safety, which is guaranteed by peacekeeping troops.”

Cavelier added: “Without international media, Nagorno-Karabakh is liable to become a news and information ‘black hole.’ We call on the Russian authorities to allow journalists access, regardless of their nationality. And we call on the UN and Council of Europe to ensure respect for the right to the freedom to inform, which is all the more essential in a conflict or post-conflict situation.”

Aze.Media via Reporters without borders