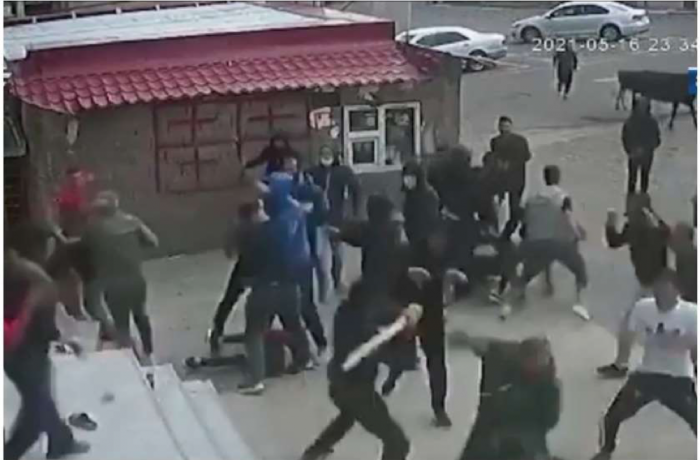 For more than two days in the city of Dmanisi has been the epicentre of ethnic-religious clashes. The conflict is concentrated above all in the Kvemo Kartli district with clashes between Georgian citizens, Svans [an ethnic group from Svanezia, north-east of the country] and Azeris.

Large police forces have been deployed in the city, where Interior Minister Vakhtang Gomelauri also went three days ago, isolating the territory in an attempt to restore public order.

There are several injured and numerous arrests. Anti-government opposition, along with human rights organizations, criticize the government for its delayed intervention.

The city was rocked by hurled insults and screams in various languages and from the windows of the houses, sounds of sudden beatings. In addition to the three ethnic groups, the clashes are also provoked by mutual accusations and offenses on a religious basis, between Christians and Muslims.

It all started with a simple street fight. On May 16, a shop owner refused to give beer on credit to a group of young people. They rushed at him, and returned with sticks, clubs and hoes. As the surveillance cameras show, one even wielded a mechanical mallet.

The attackers began to destroy the shop windows and shelves. Another group came to the shopkeeper’s rescue, and the clashes spread throughout the neighbourhood, always with the use of improvised weapons, “like a sudden snowfall”, according to the testimonies of bystanders speaking to Ekho Kavkaza.

In the evening the Georgian media spread the information that the young people were of Svans ethnicity and the shopkeeper an Azerbaijani. The Azeris call the Svans eco-migrants, as they were allegedly transferred to Dmanisi, a city of traditional Azerbaijani ethnicity, by the Soviet authorities more than 30 years ago, due to the ecological catastrophes in Svanezia.

One witness explained that the Georgians came “to the rescue of our Svans friends … against these Muslims who throw stones at us”. Local authorities have given the impression that they are letting the groups sort it out themselves, intervening only in the late evening.

Even before the police, representatives of the Orthodox and Muslim clergy intervened. Yesterday, May 18, the mufti of eastern Georgia, Etibar Eminov, and the head of the communications office of the patriarchate of Georgia, the protoierej Andrija Dzhagmaidze, showed up in the square in Kvemo Kartli. Together with them was one of the leaders of the government majority, the deputy Sozar Subari. With some difficulty, they managed to persuade the main contenders to suspend hostilities and exchange a handshake.

Commentators observe that the street clashes in Dmanisi are “an overflow of the Soviet past”, when these hostilities were hardly regulated by the economic and social plans of the central government. Dmanisi is one of the most populous cities in Georgia (over half a million inhabitants). In addition to the three main ethnic groups, there are also minorities of Armenians and Greeks, and thousands of refugees from Abkhazia, a region that is the scene of armed conflicts with the Russians.

The eco-migration of the Svans took place from 1987, to the end of the Soviet period, after some extraordinary snowfalls had caused avalanches and landslides, overwhelming homes and causing dozens of deaths. The migration continued until the dissolution of the Soviet regime. Since then, the area has been considered a very difficult “criminal territory” to manage. The road that leads to Armenia and Azerbaijian passed through it, which was later destroyed by the conflict in Nagorno Karabakh, and which we now want to restore; on it the attacks of brigands were very frequent.

No government has so far managed to regain control of the region, and recent conflicts between Armenians and Azeris have isolated the area even further. Even from these peripheral skirmishes it is evident the great tension that runs through the whole post-Soviet world of the Caucasus, with its many ethnic groups and its difficult past.