Turkish Petroleum Corporation (TPAO) and the State Oil Company of the Azerbaijan Republic (SOCAR) could work together in field development and production of Turkey's giant gas discovery in the Black Sea, Vagif Aliyev, deputy chairman of SOCAR Turkey told reporters. 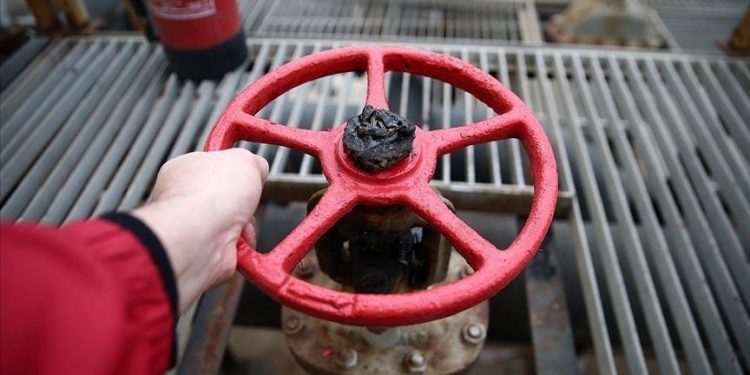 SOCAR, with much experience in natural gas and oil field development, has been investing and collaborating with Turkish Petroleum Corporation since 1994.

Therefore, Aliyev suggests it is well placed to cooperate in developing the giant Black Sea discovery, considered to be of strategic importance to the country.

“Professionally, it is in our field of interest,” he said.

Aliyev’s comments come after the visit of Turkish President Recep Tayyip Erdogan to Azerbaijan on Tuesday, who in a meeting with his Azerbaijani counterpart Ilham Aliyev discussed the potential cooperation of both SOCAR and TPAO.

The SOCAR chair also proposed that cooperation with TPAO could extend to investments in third countries, with potential upcoming projects in an “energy-rich third country.”

SOCAR is Turkey’s largest foreign investor with investments of about $16.5 billion made through its subsidiary SOCAR Turkey.

Turkey’s Energy and Natural Resources Minister Fatih Donmez said the maximum annual production from the field could range between 15 and 20 bcm, corresponding to around 30% of the country’s yearly gas consumption, which reached 48.2 bcm in 2020.

Turkey’s new gas discovery could alleviate much of its gas import dependence, 48 bcm of which mainly comes from Russia, Azerbaijan, and Iran via pipelines along with liquefied natural gas from several countries, including Nigeria, Algeria, and the US.

The first production from the Sakarya field plans to start by 2023.

Aliyev confirmed that SOCAR is in negotiations with other companies, including British multinational chemicals company INEOS for a second petrochemical investment in Turkey.

SOCAR Turkey was planning to jointly invest in the project called Mercury with BP. However, project plans were delayed when BP decided to sell its petrochemical business to INEOS in June 2020.

“The investment decision will be clear next year. We do not want to delay the investment any further. We will make it either with a company from the sector or with a financial partner,” Aliyev said.

SOCAR Turkey CEO Zaur Gahramanov earlier told Anadolu Agency that the investment volume of the project could be between $1.6 and $2 billion.

A study to integrate hydrogen into the pipeline chain of the Southern Gas Corridor is taking place, Aliyev said, confirming that 20% could be allocated for hydrogen in the pipelines.

Azerbaijan, Georgia, Turkey, Bulgaria, Greece, Albania, and Italy are the countries involved in the project.

Inaugurated in 2019, TANAP has a capacity of 16 bcm to deliver 6 bcm to Turkey. Another 10 bcm is delivered to Europe via TAP.

TAP began the transport of commercial gas from Azerbaijan to Europe on Dec. 31 last year. It connects with the 878-kilometer-long TANAP at the Turkish-Greek border in Kipoi, crosses Greece and Albania and the Adriatic Sea, before coming ashore in Southern Italy.