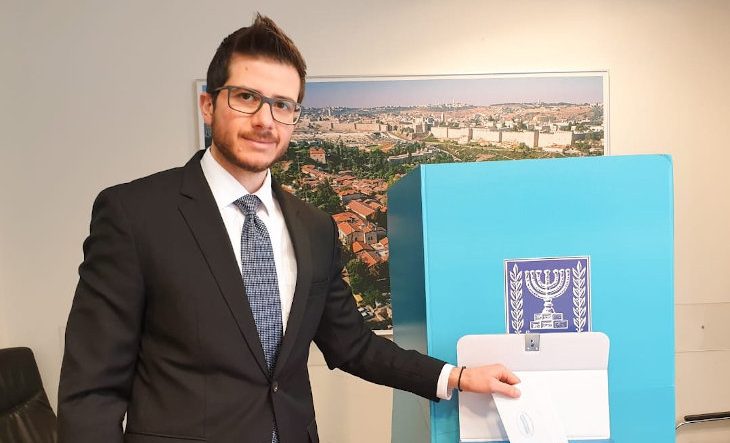 “As someone who only weeks ago, was directly threatened by an Iranian official, I urge you in the strongest possible terms take the threats of this murderous regime seriously,” Deek said in a video posted on Twitter. “Don’t let them intimidate you. Do not dismiss them, even for a single second.”

Deek says that Iran’s Ambassador to Azerbaijan, Abbas Mousavi, had threatened him personally on Twitter in July.

Mousavi reportedly tweeted that the Israeli ambassador had crossed a “red line” and that he would be “buried” by the people of Iran, Deek said. Mousavi’s Twitter account has since been locked and the Tweet is no longer viewable to the public.

“Iran also said that he [Rushdie] had crossed a red line,” Deek said Tuesday in response. “Iran also threatened him with death and a terrorist just tried to murder him in broad daylight.”

Deek’s comments came after Rushdie, 75, on Friday was stabbed numerous times before he was about to deliver a lecture at the Chautauqua Institution in western New York.

The Indian-born writer has suffered severe injuries from Friday’s stabbing attack and has recently been disconnected from a ventilator and is understood to be on the path of recovery. Following the publication of his 1988 novel “The Satanic Verses,” Iran’s supreme leader Ayatollah Ruhollah Khomeini a year later issued a fatwa, or edict, calling for his assassination.

“They threaten to kill atheists, activists and anyone who disagrees with them. They threaten to spread terrorism throughout the world. They threaten to destroy Israel,” Deek added. “They mean it, just ask Salman Rushdie, so let’s make sure that this is the last stabbing in the name of mediaeval hatred.”

“How? By making sure everyone everywhere knows his name and by standing together and confronting Iranian terrorism wherever and whenever it rears its ugly head,” Israel’s envoy to Baku urged.

Earlier this week, US Secretary of State Antony Blinken condemned the assault on Rushdie as an “heinous attack” on Rushdie, whom he described as a propagator of freedom of expression​, freedom of religion or belief, and freedom of the press.

“Iranian state institutions have incited violence against Rushdie for generations, and state-affiliated media recently gloated about the attempt on his life,” Blinken said. “This is despicable.”