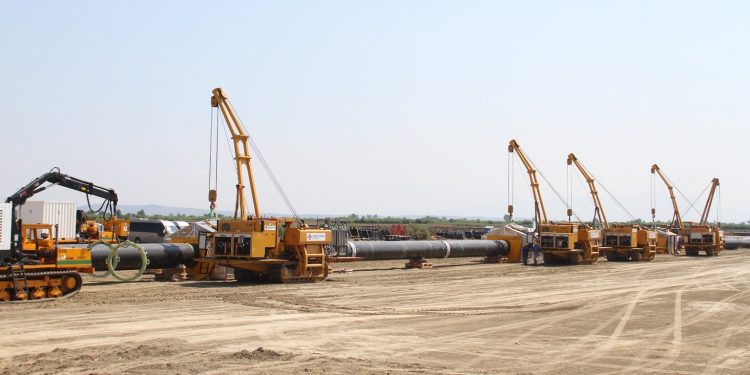 TAP has the capacity to transport about 10 billion cu m of gas per annum and is designed so that it could be expanded to support double the current capacity, the TAP consortium said in a statement on Friday

Connecting with the Trans Anatolian Pipeline (TANAP) at Greece’s border with Turkey, TAP stretches across northern Greece, Albania and the Adriatic Sea before reaching Italy’s coast. TAP, which carries natural gas from the Shah Deniz field in the Azerbaijan sector of the Caspian Sea to markets in Europe, is part of the Southern Gas Corridor, which also comprises the South Caucasus Pipeline (SCP) crossing Azerbaijan and Georgia, and TANAP.

Bulgaria will be able to cover up to 33% of its total gas demand through TAP after the completion of the Interconnector Greece Bulgaria (IGB), TAP said.

The shareholders of TAP are BP, Azerbaijan’s state company Socar and Italy’s SNAM with 20% each, Belgium’s Fluxys with 19%, Spain’s Enagas with 16% and Swiss-based Axpo with 5%.