"The visit of the Minister of Defense of #Azerbaijan to #Iran was held in a warm and friendly atmosphere", "Ali Alizada, the Ambassador of the Republic of Azerbaijan in Tehran said in a tweet on Tuesday. 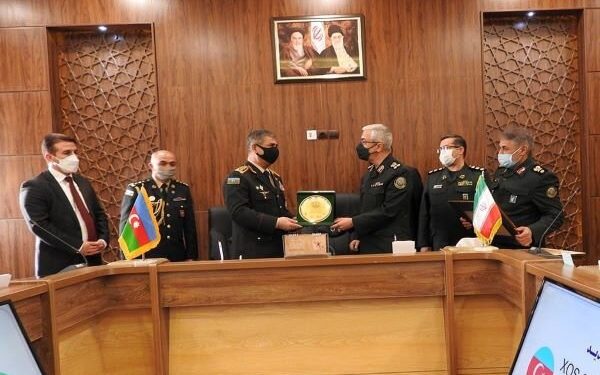 Referring to the visit of the Defense Minister of Azerbaijan to Iran, the Azeri envoy to Tehran said that the bilateral military and military-technical relations of Tehran and Baku will certainly be strengthened.

“The discussions and decisions made at the meetings will certainly strengthen bilateral military and military-technical relations between the two friendly countries of Iran and Azerbaijan”, the Azeri envoy added. 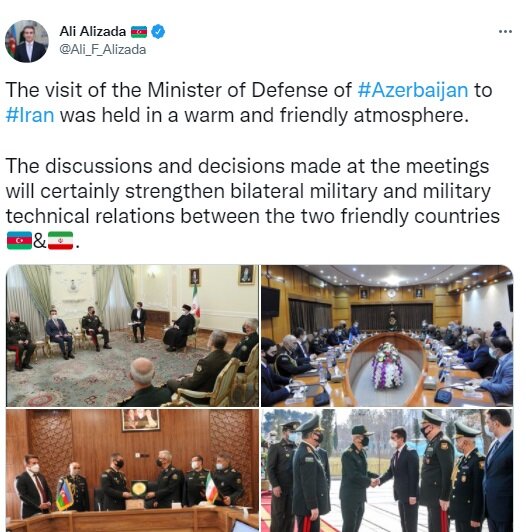 Zakir Hasanov, the Minister of Defence of the Republic of Azerbaijan met and held talks with the Chief of Staff of Iranian Armed Forces on Tuesday.

During the meeting, Major-General Mohammad Bagheri expressed hope that Hasanov’s visit to Iran will be a good opportunity to develop and strengthen relations between the two countries, especially in defense, technical and military issues.

Saying that meeting with the Azerbaijani brothers makes Iranians happy, he added that this is because Iranian feel commonalities with the Muslim nation of the Republic of Azerbaijan.

The liberation of the occupied territories of Azerbaijan, which took place after three decades, made the Leader of the Islamic Revolution and the Iranian nation happy, General Bagheri said.

Iran and the Republic of Azerbaijan have many commonalities and similarities when it comes to history, religion, language, he said.

The policy of Iran is to develop relations with its neighbors, he said,  adding, “Such policy makes us strive to have a much closer relationship with Azeri people.”