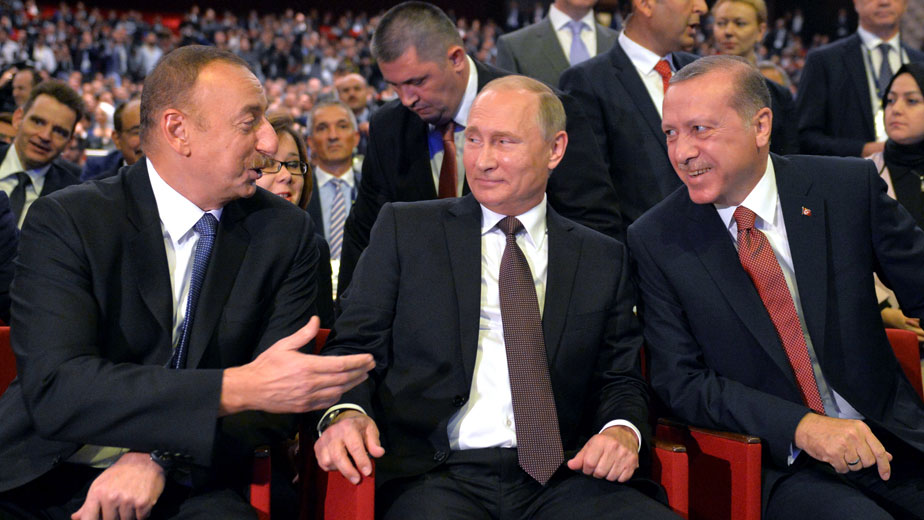 Almost all the former Soviet states in the region are under the risk of facing similar threats that now jeopardize Ukraine’s national security.

These threats are not only those posed by Russia’s resolve to prevent the Euro-Atlantic integration of these countries and as such maintain or return them within its sphere of influence at any rate but also by the unwillingness or incapability of most Western powers to effectively support the regional states in the face of critical security challenges. While Russia’s behaviors are not new or unexpected for the countries of the region, the self-centered policies of some leading Western states that have further complicated Ukraine’s situation are disappointing and necessitate comprehensive re-consideration of the geopolitical realities in the region.

For Azerbaijan, it is another testimony to the importance of multilateral approach the country has been pursuing since the mid-1990s. Thanks to this policy line Azerbaijan has so far been   able to safeguard its sovereignty, recover its territorial integrity, implement many large-scale projects with different global powers, etc. – without provoking any great power backlash.

The new situation in the region poses, however, some critical questions: What do the ongoing crisis between the West and Russia and the US-Russia strategic stability dialogue mean for Azerbaijan? Will Azerbaijan be able to maintain multilateralism in foreign policy under the new threats posed by the growing rivalries between the West and Russia? What does Azerbaijan need to be able to stave off these threats that challenge its independence and sovereignty?

These questions have yet to be addressed to the official representatives of the country in any media inquiry. However, the country’s President Ilham Aliyev, in his press-conference with the local media on January 12, indirectly touched upon these threats the country is facing:

“In general, if we go beyond the context of Azerbaijan, we can see that the big countries are already openly declaring that international law does not matter to them. Whilst in the past they wanted to cover it up with some statements, it is no longer the case now. I describe this as political cynicism and it has already reached an extreme level. Under such circumstances, if the countries that developed these rules and approved them after World War II behave in this way, what should other countries do? Then other countries, as they say, should take action on their own. We have been doing this for a long time…  [A]s a responsible member of the international community and a country chairing the Non-Aligned Movement, Azerbaijan will, of course, continue to defend the rule of international law”.

Many conclusions can be drawn from this statement, but one thing is clear from the policies of the Azerbaijani government: Baku does not put its all eggs in one basket, as Ukraine unfortunately did. Azerbaijan closely and realistically follows the imperatives of the regional balance of power and avoids imprudently relying on hypothetical support of any other state in the face of any serious security challenge might be posed by other state or bloc of states. Reinforcing its role within the Non-Aligned Movement, Azerbaijan clearly expresses its preference in foreign policy and seeks to mitigate the threats posed by the tensions between the West and Russia.

For the expert community of Azerbaijan, there are overarching threats to the national security of the country. Some experts believe that the security guarantees Russia demands from the NATO, if realized, would limit Azerbaijan’s scope for maneuvering in foreign policy, its room for cooperation with other states, including the NATO member and Azerbaijan’s major ally Turkey.

“The draft treaty Russia has put forward prevents any additional Azerbaijani-Turkish military cooperation beyond the existing stage. For instance, it makes the establishment of permanent Turkish military bases in Azerbaijan impossible. Moreover, these proposals basically prohibit Azerbaijan’s NATO membership which the country might want to pursue in the future”, Shahin Jafarli, a pro-Western Azerbaijani expert, writes.

These proposals “clearly contain provisions that threaten the national interests and security of Azerbaijan”, another Azerbaijani expert with pro-Western sentiments protests, because of the similar concerns mentioned above.

However, in fact, Azerbaijan and Turkey have deepened relations in the military sphere and the 2020 Shusha Declaration created a unique legal framework in post-Soviet space – both countries pledged to support each other’s national security, which basically means that Turkey is expected to act if any threats to Azerbaijan’s sovereignty and territorial integrity emerge. Formally Russia did not object to such an arrangement – Moscow is more concerned about NATO expansion into the South Caucasus (primarily Georgia) and has had to reconcile with the Turkish presence in Azerbaijan.

As for the West, Azerbaijan never relied on NATO or EU in its pursuit of the restoration of its territorial integrity as some key members, for example   France, tend to politically support Armenia. While the West will remain an important economic partner of Azerbaijan, with regard to challenges to its security Azerbaijan will be dealing with Ankara and Moscow bilaterally.

The recent victory the country achieved over Armenia in the Second Karabakh War, and thereafter the liberation of the formerly occupied territories of the country has created more opportunities in this respect. Azerbaijan will continue to develop relations with all major powers while safeguarding its independence and national sovereignty.