Teknofest is jam-packed with technology competitions, and this will be no different for Teknofest Azerbaijan. The festival will feature competitions in categories such as biotechnology, 3D printing technology, UAVs, robotics, agricultural tech, and aircraft modeling. 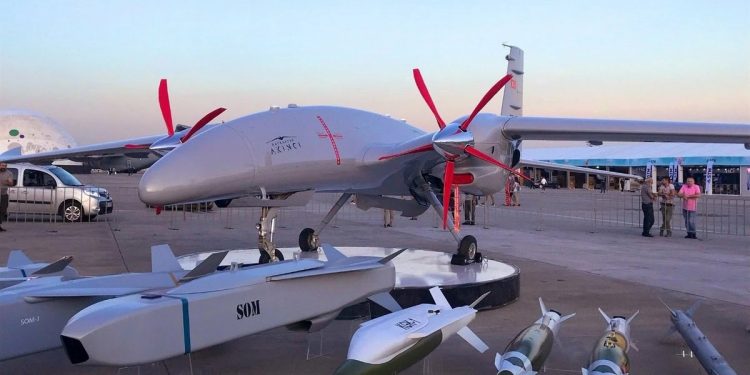 During the 2021 edition of Teknofest in Istanbul it was announced that Turkey intends to organise its Teknofest technology festival in other countries as well. [1] Several nations come to mind that maintain a strong relationship with Turkey and are a recipient of Turkish arms and technology, including unmanned aerial vehicles (UAVs). One such country is Azerbaijan, which has made significant investments in the acquisition and production of various types of unmanned weapon systems and is currently looking to expand on its domestic technology base.

While sometimes described as an airshow for the large number of aerial displays and aircraft taking part in the festivities, Teknofest is more accurately described as a technology festival, aiming to generate interest among students and children and to have them participate in technology competitions. The scope of these competitions is hard to overestimate, including anything from a combat UAV competition to designing electric cars and even competitions to come up with technology that could benefit the health and agricultural sectors. [2]

Inspiring the next generation of engineers is crucial for Turkey to keep up its advances in the sphere of technology and defence, and also to ensure lasting growth of other relevant high tech fields. Turkey currently has the 20th-largest nominal GDP in the world, and aims to become become one of the world’s top 10 economies. [3] Driving further technological progress is crucial to attain this goal. In 2022, Turkey is set to reap the benefits of its investments in high tech, when mass production of country’s first indigenously-designed electric train and the TOGG national electric car are scheduled to commence. [4] [5]

In 2009 Azerbaijan kickstarted its own high-technology environment when it established the Science Development Foundation. [6] This organisation seeks to support Azerbaijan’s local technology base by coordinating scientific projects and providing support to companies working in the high-tech industry. [7] Innovation is vital to sustain Azerbaijan’s economical growth and build the foundation for a diversified economy away from oil and gas. Investing some of its current oil and gas revenues into technological innovation could propel Azerbaijan’s prowess in the high-tech, mirroring Turkey’s efforts in this field.

Teknofest Azerbaijan will be held from 26 May to 29 May 2022 at the Baku Crystal Hall indoor arena and on the adjecent seaside boulevard (accross from the infamous military trophy park) in the country’s capital Baku. [8] The festival is organised by the Turkish Technology Team (T3 Foundation) and the Turkish Ministry of Industry and Technology in partnership with the Azerbaijan’s Ministry of Digital Development and Transport. Major Turkish defence manufacturers like Aselsan and Baykar are expected to showcase some of their products, and more than fifteen Turkish universities will be in attendance to present their educational programmes. [9]

Teknofest is jam-packed with technology competitions, and this will be no different for Teknofest Azerbaijan. The festival will feature competitions in categories such as biotechnology, 3D printing technology, UAVs, robotics, agricultural tech, and aircraft modeling. [10] These competitions give youth a chance to advance their skills and interests through prize money, sponsorships and possibly, a chance to enroll in esteemed universities. The entertainment part of the festival is set to include UAVs and helicopters on static display and aerobatic demonstration flights by the Azerbaijani Air Force and the Turkish Stars and Solo Turk of the Turkish Air Force.

Despite initial steps taken towards creating an environment that entices young people to start a career in the field of technology and in which tech startups can flourish, Azerbaijan’s local technology base is still very much in its infancy. Azerbaijani startups are currently active in areas such as agriculture, transportation, medicine, and in the space and military industries. Investments in a domestic arms industry has so far resulted in the design and production of a number of small arms and vehicle designs. Most of these are based on foreign designs however, and their production in Azerbaijan might not necessarily contribute much to the country’s local technology base.

There are several recent developments that suggest Azerbaijan’s military industry is evolving in some areas however. The country has already developed several types of guided bombs in cooperation with Turkish companies like Aselsan. [11] Contrary to their Turkish counterparts, these are designed to be carried by Soviet-era aircraft like the Su-25 and MiG-29. Another promising enterprise is Azad Systems, a joint venture with Israeli UAV manufacturer Aeronautics Systems. Although the fruits of this cooperation have so far been limited to the assembly and production of Israeli-designed UAVs with a localisation rate of up to 30%, Azad’s factory could perhaps one day be the scene of a production line for indigenously-designed drones. [12]

Azerbaijan already put some of its locally assembled drones on display during the 2021 iteration of Teknofest in Istanbul, where the country also exhibited a number of other technology projects in its own dedicated pavilion. [13] Eleven Azerbaijani startups participated in Teknofest, displaying projects such as smart parking systems. [14] The Azerbaijani Armed Forces were equally well-presented with two MiG-29 fighter aircraft, as well as with the aformentioned locally assembled drones (which included the the Orbiter-1K, Orbiter 2, Orbiter 3 and Orbiter 4).

The UAV competitions and aerial and ground displays of UAVs are likely to be the showpiece of Teknofest – Azerbaijan. Although Azerbaijan has yet to produce any indigenously-designed UAV types, Azad Systems has so far assembled and produced the Aerostar, Orbiter 1K and Orbiter 3 in Azerbaijan. Experience gained with their assembly and the production of components will surely help designers to one day put a truly indigenous UAV type into production. 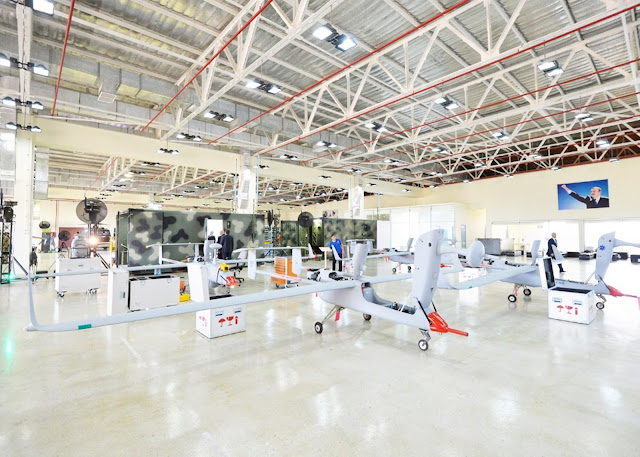 While the Turkish and Israeli-produced UAVs in the sky and on static display are sure to end up as crowd-pleasers during the Azerbaijani edition of Teknofest, the first flight of homegrown drones like the Istigbal during the UAV competition could prove just as interesting. [15] Another Azerbaijani UAV design is the GOZ-N1, which was designed in a competition set out by the Azerbaijan National Academy of Sciences (ANAS). [16] This 2.5kg heavy UAV is reportedly capable of flying for some 45 minutes out to a maximum range of 10km. [16] In the (unlikely) event that it will ever be produced, the GOZ-N1 could see service in both the civilian and military sectors.

In September 2021 it was announced that Azerbaijan and Turkey will establish a joint innovation and technology research center in Azerbaijan’s capital Baku. The joint research center will become known as the Bilim Baku Center (Baku Science Center) and produce innovative technological equipment as well as conduct research and provide training. [17] That Turkey intends to share some of its high tech knowledge and the highly successful Teknofest formula could greatly benefit friendly nations that intend to expand their local technology base and create an environment that enables high tech to spur economic growth. For Azerbaijan, Teknofest and the Bilim Baku center provide unique opportunities to kickstart a process that could one day help the country to diversify its economy and become an important player in the field of high tech. While this might seem like a long road ahead, a look at Baykar Tech reveals that great things can be accomplished in surprisingly short timeframes. 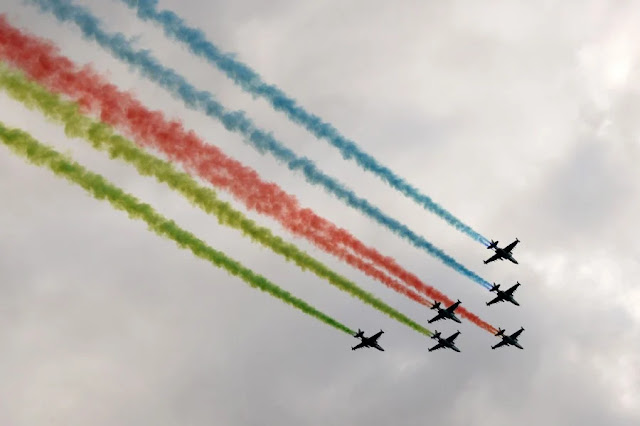 [2] How Turkey Is Laying The Ground For The Future Of Unmanned Aerial Warfare https://www.oryxspioenkop.com/2021/10/how-turkey-is-laying-ground-for-future.html

[5] Minister Varank: TOGG will start mass production at the end of 2022 https://www.bazaartimes.com/minister-varank-togg-will-start-mass-production-at-the-end-of-2022/

[7] Spurring innovation will be central to diversifying Azerbaijan’s economy, according to UNECE study https://unece.org/circular-economy/press/spurring-innovation-will-be-central-diversifying-azerbaijans-economy

[16] Azerbaijan creates UAV which can be used for reconnaissance and kamikaze purposes https://apa.az/en/xeber/social-news/azerbaijan-creates-uav-which-can-be-used-for-reconnaissance-and-kamikaze-purposes-352960