The Soros network's demarche at the ECHR began after 2012, because the new procedures introduced starting that year specifically stipulated NGO participation in the process of electing ECHR judges. 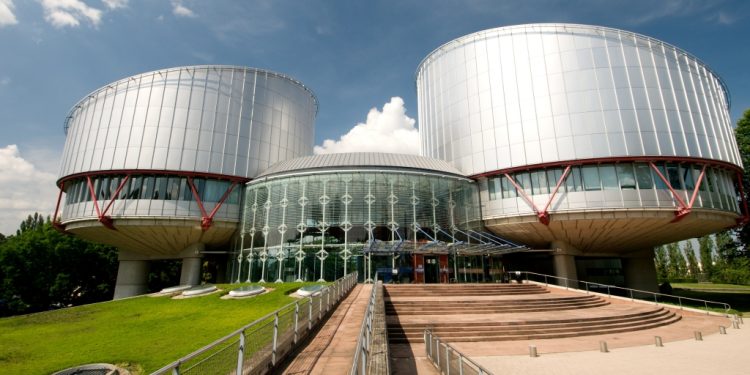 Azerbaijan with its 2,092 applications is in the seventh place. According to statistics, the ECHR delivered only 1,105 judgments in 2021. The most judgments were issued against Russia, Ukraine and Romania. Azerbaijan ranks ninth in the number of such judgments.

Last year’s ECHR judgments imposed obligations on Azerbaijan to pay a total of 2 million euros in compensation. The ECHR, based in Strasbourg, France, with judges elected from the Council of Europe member states, interprets the European Convention on Human Rights.

Azerbaijan joined the Council of Europe, established in 1949, in 2001 and has been under the jurisdiction of the European Court since 2002. An analysis of the figures for Azerbaijan indicates that the main reasons for the annual increase in numbers are sometimes objective, but more often biased                  .

An example of this is a 2019 European Center for Law and Justice study analyzing the activities of the ECHR. The center, also based in Strasbourg, found a systematic clash of interests between ECHR judges and George Soros-funded NGOs.

The study revealed that nearly a quarter of the 100 judges who served on the ECHR between 2009 and 2019-2022 had close links to NGOs sponsored by the Soros Open Society Foundation. The study shows that these links do not imply informal forms of cooperation or casual contacts, but are deep connections, and the study report highlights this fact.

The report also includes human rights defenders who were not ECHR judges, but were paid activists of the said foundation, such as Nils Muižnieks, Council of Europe Commissioner for Human Rights from 2012 to 2018.

It should be recalled that this network and its face Nils Muižnieks were at the heart of all anti-Hungarian activities; it was he who led the campaign against this country and against the so-called “anti-Soros bill”.

In 88 cases, judges made dubious positive rulings on applications submitted by non-governmental organizations with which they had previously worked, whereas the ECHR rules of procedure require judges in such cases to declare a conflict of interest and recuse themselves.

Of the 14 NGOs that played a communication role in cases in which the ECHR ruled positively in 2018, 10 were funded by Open Society Foundation. Of the 17 judges who sat on these cases, six were linked to the same Soros-funded group.

The Soros network’s demarche at the ECHR began after 2012, because the new procedures introduced starting that year specifically stipulated NGO participation in the process of electing ECHR judges.

This created an opportunity for NGOs to nominate their candidates and lobby for their election. Under the new procedures, the requirement that persons appointed as ECHR judges must have prior judicial experience was abolished. As a result, out of the 100 judges sitting at the ECHR since 2009, about 51 have never worked as a judge or even been a judge’s assistant. They mostly worked as Soros’s human rights activists or for companies that support Soros. In short, this study proving the links between ECHR judges and Soros undermined the credibility of the European Court of Human Rights in Europe itself.

In 2017, the European Center for Strategic Intelligence and Security (ESISC) released two reports in the Parliamentary Assembly of the Council of Europe (PACE) exposing the Armenian network that was waging a ruthless campaign against Azerbaijan, but in favor of Armenia.

The second ESISC report was devoted to exposing the “secret network” of Soros Foundation-funded MPs, Armenian officials, and NGOs in PACE. For example, since 2010, the Open Society Foundation has donated $100 million to Human Rights Watch.

The same can be said of the Russian example: the Bulgarian Yonko Grozev, the defense lawyer in the 2018 Pussy Riot v. Russia case, was a leader of the Open Society Justice Initiative before being elected as a judge at the ECHR.

Another point concerns the implementation of ECHR judgments. Note that Azerbaijan acceded to the Convention for the Protection of Human Rights and Fundamental Freedoms of 1950 in order to ensure more effective protection of the interests of its citizens in the ECHR. But in many cases, ECHR judgments contradict the provisions of national legislation, for example, judgments of the European Court question national constitutional and judicial systems, the independence of judges of constitutional courts and the legality of their rulings issued in accordance with the national legislation.

The general practice is that, while the independence of the court should always be evaluated as it relates to the specific case reviewed by the court, by commenting on most of these judgments, the Council of Europe questions the independence and impartiality of countries’ local courts.

The situation with the ECHR is an example of how Soros’s NGOs got their hands on an entire institution, and this method is used not only in the European Court, but also in all institutions where this network operates.

The practice of involving NGOs in the activities of public institutions can be traced across the entire geography of the Council of Europe.