The case for cooperation and peace between Armenia and Azerbaijan

When Leonid Brezhnev visited Washington in 1973, William Colby — soon to be director of the CIA — told the Soviet Leader: “The more we know about each other, the safer we all are.” The summit Brezhnev attended marked a triumph of the Cold War detente. In the years that followed, deals were signed that limited the production of nuclear weapons and normalized relations between the West and the USSR. 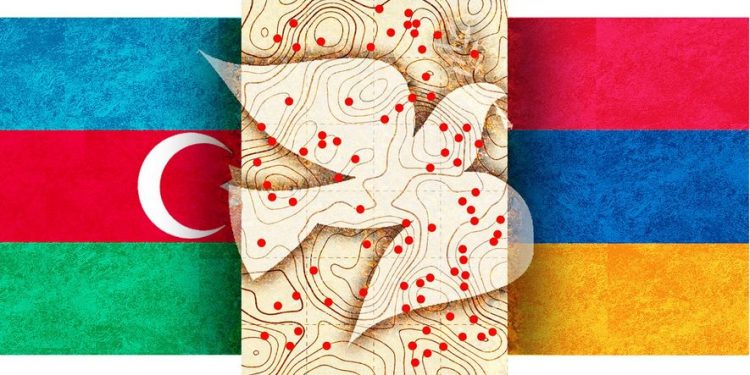 This month, Armenia and Azerbaijan took what many must hope shall be our first step in our own detente. Azerbaijan handed over 15 Armenian detainees captured on its territory following the cessation of hostilities in November. In response, Armenia supplied maps of mines it had laid in Azerbaijan, which shall aid clearance operations to make territories safe once again for civilians. Both Armenia and Azerbaijan now know more of one another. Both are now safer.

With Armenia’s election on Sunday behind us, Azerbaijan stands ready to take the next strides to transfuse trust. We must build upon this diplomatic breakthrough and turn confrontation into collaboration. Because there is much work ahead of us.

This can be shown no more starkly than in the case of the maps so far supplied — which detail the position of 97,000 mines. Yet this is in just one district of the liberated lands of Karabakh. Until further maps are revealed, de-mining will take place blind in seven further districts. Prime Minister Pashinyan himself admitted the maps shared are only a small fraction in Armenia’s possession. Nevertheless, it is progress from the days when Azerbaijan’s request for the maps were dismissed as a ‘fake agenda.’

How many more hundreds of thousands of mines there are remains unknown. Karabakh is believed to be the most intensely mined territory in the world: Over 1.5 billion square metres of explosives were laid across the line of contact that had until recently held since the first Karabakh war in the 1990s — more contaminated than the Demilitarized Zone between North and South Korea.

Since Azerbaijanis have been able to step into these lands, stories of human tragedy are regularly reported in our domestic press. One hundred forty-four civilians — many Internally Displaced Persons eager to see what remains of their homes after 30 years in exile — have died since the ceasefire. Most recently, two journalists were killed when their truck hit an anti-tank mine planted by retreating Armenian forces.

It is incidents like this that present the most difficult obstacle to peace. Despite the ceasefire agreement signed in Moscow in November, when hostilities were supposed to end, Azerbaijani civilians are still dying. For the grieving loved ones of those civilians killed after the military ceasefire, it can be easily interpreted as a continuation of war by different means.

Withholding the sole information that can prevent needless deaths in a time of peace thins the line between inaction and complicity: It is not pulling the trigger — but waiting for mines to claim lives of the next victims.

For Yerevan, the greatest obstacle to peace appears to be Armenians detained in Azerbaijan. They are not prisoners of war (POW), as some in the media have incorrectly suggested. All POWs have been exchanged according to the ceasefire agreement. But those now in detention were apprehended when acting on Azerbaijani soil following this date. It is therefore legitimate to hold them as foreign agents.

At the same time, we appeal to the Armenian government to reveal the number of maps they are withholding. Knowing more about the other shall help us bridge the distrust that remains between us. Then we can begin addressing one another’s needs from a place of lucidity.

We may only have started to build trust, but the door is now opening to the more contentious issues that lie ahead — such as delimitation and demarcation of the border and the re-normalization of relations. But incremental confidence-building steps shall generate cycles of cooperation. Through them, our destination will become clearer.

The reopening of the Zangazur Corridor — a rail and road linking Azerbaijan to Armenia — will open an economic opportunity for both our countries and the wider region. The isolation of Azerbaijan’s exclave Nakhchivan — accessible through Armenia — will end. Armenia’s capital Yerevan can be connected via Azerbaijan by land with Moscow and other capitals. It is a crime against geography that those borders have been closed for the last 30 years.

In this regionwide transformational process we hope the Minsk Group — the mediation body established in 1992 under the co-chairmanship of France, Russia, and the United States — should not be of the past, but part of the future. Through experience and institutional memory, the group can play an important role in building confidence between Armenia and Azerbaijan in the years ahead.

Today we are offered the chance for stability — with mutual prosperity as corollary. We have the opportunity to know one another, to grow safer and prosper together. Eventually, all of these confidence-building measures may lead us to an ultimate peace treaty between Armenia and Azerbaijan. But instead of peace and cooperation, seeking revanchism could bring another disaster and tragedy.

In Azerbaijan we have always believed that should Armenia pursue peaceful policies with its neighbors, then it can and must benefit from regional cooperation. So, we say, let’s transform the South Caucasus for better, and in peace.