The Economic Implications of the Ukraine War on Azerbaijan

Taking into account the formed challenges regarding wheat imports, to ensure food security in the long term, Azerbaijan is planning to substantially increase its wheat production and even export to other countries. 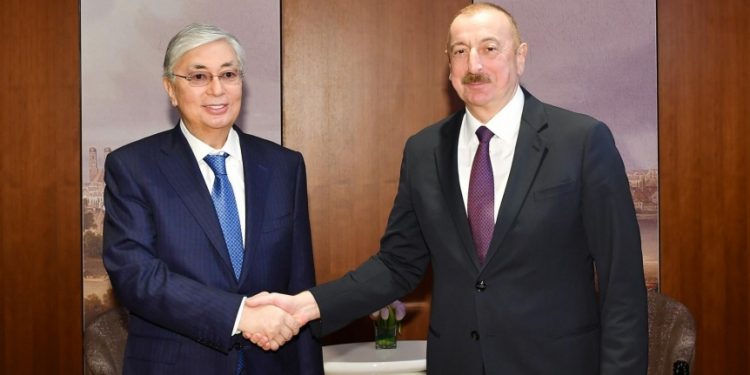 In the first four months of 2022, Azerbaijan’s revenues from gas exports increased about 3.7 times and reached $4.18 billion (Marja, May 19). Revenues from oil exports, on the other hand, increased 50.3 percent in the same period. As a result, the positive balance of payments increased about 4.8 times and reached $1.57 billion in the first quarter of 2022 compared to the same period in 2021 (Marja, June 10).

The high price of oil and gas is the economic advantage that the Russian-Ukrainian war has created for Azerbaijan. However, along with high energy revenues, due to the war, Azerbaijan is also confronted with several economic difficulties.

Due to the war’s significant impact on Ukraine’s production potential, Azerbaijan’s imports from Ukraine decreased by approximately 38 percent in the first five months of 2022 compared to the same period in the previous year (customs.gov.az, June 15). Unlike in Ukraine, the total level of imports from Russia has not been reduced in this period. However, in the first five months of 2022, exports from Azerbaijan to Russia decreased by about 7 percent compared to the same period in 2021 (customs.gov.az, June 15, 2021). As Russia is the main destination for the export of non-oil products, especially vegetables, from Azerbaijan, this decreasing trend will affect local agricultural producers.

Despite the increase in wheat exports from Kazakhstan, in April, Nur-Sultan announced that it will reduce wheat and flour exports by 1 million and 300,000 tons, respectively, over three months to prevent the risk of deficiencies in the local market (azsiyaset.com, April 18). It is unknown if Kazakhstan will extend this restriction after three months. An extension could pose challenges for Azerbaijan in the coming months.

Taking into account the formed challenges regarding wheat imports, to ensure food security in the long term, Azerbaijan is planning to substantially increase its wheat production and even export to other countries. In achieving these goals, Azerbaijan will cooperate with Israel, and in May, when Israeli Minister of Agriculture and Rural Development Oded Forer visited Azerbaijan, wheat was one of the main topics discussed during the meetings (APA, May 4). It was agreed that Israel will provide Azerbaijan with the latest agricultural technologies to cultivate wheat, with the goal of purchasing wheat from Azerbaijan as early as 2025 (Azernews, May 10).

War-related restrictions and declining production not only affected the level of imports from Ukraine and Russia but also made imported goods, especially food products, more expensive. As these food products have a noticeable share in Azerbaijan’s food market, the increase in their prices affected the acceleration of overall inflation in Azerbaijan, which reached 12.2 percent in the first quarter of 2022 (Azvision, April 14). Almost 60 percent of the inflation came from food imports, with the inflation of food products reaching 18 percent. The alternative import options for these products also come with high prices, as inflation has become a global challenge and, as a result, is difficult to manage.

All these indicators demonstrate that, because of the war’s negative economic consequences and the sanctions imposed on Russia, Azerbaijan is facing reduced remittances, decreased trade turnover with the warring parties, wheat import problems and rising food prices. Oil and gas prices are rising, which, in contrast, increases Azerbaijan’s income from energy exports. High oil and gas prices, in turn, widen the trade surplus, making Azerbaijan’s economy more resilient to economic problems stemming from the war.