The population is buying dollars: devaluation or misplaced panic?

What is the reason for the population’s and businesses’ growing dollar demand? To what extent is it affected by the depreciation of the national currency in neighboring countries, especially in Turkey? Can devaluation expectations in Azerbaijan lead to an increase in the dollar demand? 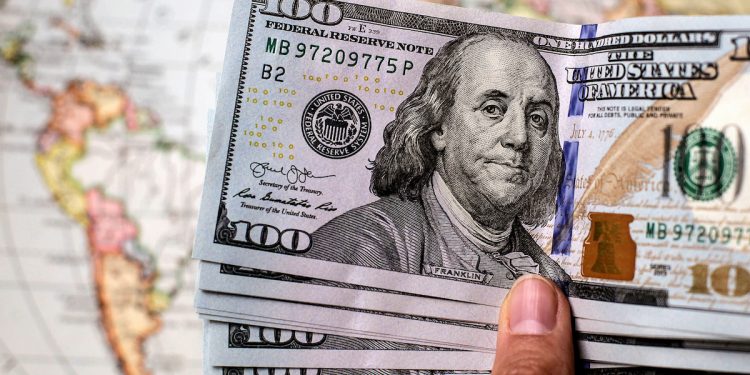 Banks buy $853.9 million in 9 currency auctions; experts say there will be no devaluation.

Purchases of foreign currency, especially dollars, have spiked in Azerbaijan. In November, the State Oil Fund sold $853.9 million in 9 auctions organized by the Central Bank. This is the highest figure since March, when banks’ dollar demand rose sharply amid a sharp price drop caused by the pandemic in 2020. This is 58.1 percent more than the foreign currency sales in October ($539.9 million).

In the last six auctions in November, banks’ dollar demand rose. $88.6 million, $90.1 million, $97.6 million, $96.5 million, $105.5 million and $142.9 million were sold in those six auctions, respectively. In January-November this year, the State Oil Fund sold the total of $5,699.2 million in the auctions organized by the Central Bank, showing a decrease of 14.5 percent compared to the previous year. However, the amount of currency sales in November was 72.3 percent higher than in November 2020, when the figure was $495.5 million.

Along with the amount of dollars bought by banks in the auctions, the amount of currency purchased by the population from banks is also increasing. According to official data, banks sold $159.26 million to the population in October 2021. This is an increase of $63.86 million or 66.9 percent compared to the previous month. The population’s dollar demand in October is the highest since February 2021.

It should be noted that 7,309.7 million manat was transferred by the State Oil Fund to the state budget in January-September this year. According to the Ministry of Finance, this is 1,840.3 million manat or 2.1 percent less than the forecast figure. Incomplete fulfillment of the budget forecast was due to the over-fulfillment of the forecast by the State Tax Service and the State Customs Committee and the use of sources allocated for funding the budget deficit. During the budget discussions in the Milli Majlis, government officials said that by the end of the year, the transfer from the State Oil Fund to the budget would be lower than the forecast. However, a sharp increase in the dollar demand will also increase foreign currency sales of the fund. This will reduce the fund’s foreign currency assets, even if they are not transferred to the budget.

What is the reason for the population’s and businesses’ growing dollar demand? To what extent is it affected by the depreciation of the national currency in neighboring countries, especially in Turkey? Can devaluation expectations in Azerbaijan lead to an increase in the dollar demand?

In January-October 2021, there was a significant increase in the value of food imports to Azerbaijan. In the first 10 months of 2020, the country imported $1,332 million worth of food products, while the figure for the same period of 2021 is $1,516 million. In terms of volume, there has been a decrease in imports of almost all major food products. For example, in the first 10 months of 2020, 1.1 million tons of wheat were imported to the country for $243.4 million, while in the first 10 months of this year we received 890,000 tons of wheat for $246.2 million. Last year, we paid $67.5 million for 13,700 tons of butter and other dairy products, while this year we paid $64.5 million for 12,500 tons. Although the volume of imports decreased due to the rise in prices for other products, there is a significant increase in value. For example, if in January-October of 2020 we paid $304.6 million for 18,700 of pharmaceutical products, in the same period of this year we had to pay $433.7 million for 16,900 tons. Because of the rising prices of products around the world, the increase in our imports is mainly in terms of value. This means that more currency will leave the country. However, since there was no significant increase in our imports in the period from September to October, we can say that the increase in the dollar demand in the country is not caused by this factor.

Foreign currency demand in Azerbaijan usually grows in December: businesses’ dollar demand increases due to the deadline for effecting payments for goods imported on a contractual basis. At the same time, citizens wishing to spend the upcoming holiday season abroad pay for the tours they have booked and create foreign currency reserves to spend abroad.

Interestingly, Azerbaijan has serious growth in the import of goods by individuals. According to the State Customs Committee, in the first 10 months of 2020, individuals imported $821 million worth of goods to the country, and the figure for the same period of this year is $1.1 billion.

Finally, another factor that will affect the purchase of dollars by the population is eCommerce. There has been a noticeable increase in volume of online purchases from foreign sellers in Azerbaijan in recent years in Azerbaijan. According to the Central Bank, in October this year, the population of Azerbaijan made 803 million manat worth of payments with bank cards in the eCommerce network. This is the highest monthly indicator so far. The previous record was set in September—774 million manat. Thus, the volume of eCommerce increased by 3.7 percent in October compared to September, and 2.5 times compared to the same month last year.

In January-October 2021, the population spent 5,218 million manat on eCommerce, which is 68.2 percent more than in the same period last year.

According to the expert economist Natig Jafarli, a number of factors play a part in the sharp increase in the dollar demand in Azerbaijan: “There is a psychological factor at play here. Especially the depreciation of the Turkish lira makes the Azerbaijani population think that devaluation is to be expected in our country as well, and people are trying to turns their funds into dollar reserves. Another factor is pre-holiday expectations. Small and medium business owners usually increase import orders in October-November with the increase in pre-holiday sales in mind. This process will probably continue until mid-December, we will see the increase in the foreign currency demand in December.”

According to the expert economist Parviz Heydarov, there is no possibility of devaluation in Azerbaijan: “The population is simply in a state of psychological agitation caused by what has been going on with the Turkish lira, and it is not too bad. The depreciation of the lira also causes the increase in the population’s online shopping from Turkey. One of the main reasons for banks to increase the dollar purchase is the approaching contractual deadlines for businesses working with foreign partners as the end of the year. Businesses are trying to complete the payments abroad by the end of the year. This is why the dollar demand is expected to be high in the auctions in December.”

The expert is convinced that there will be no devaluation in Azerbaijan in the near future: “There are no factors necessitating a devaluation. The main factor here is obviously oil prices. Oil price in the world market dropped from $85 to $73-74 last week. However, even if it drops to $65-70, it will not pose a threat to Azerbaijan’s balance of payments and macroeconomic stability in the country. As you know, the country’s national currency is regulated by the Central Bank. If it were not, the exchange rate of the Azerbaijani manat should have strengthened as a result of the processes of the recent months. However, the Central Bank does not allow it. If we look at this from the point of view of the principles of a normal market economy, it is not right: the currency market should be regulated by demand and supply, like any other market. Administrative regulation prevents the development of free market relations. However, in the present circumstances, the Azerbaijani government is forced to control the exchange rate of the manat, and the conditions call for it. Therefore, the regulation by the Central Bank will continue for a while.”

Heydarov says that it is natural for the population to increase the purchase of dollars by the end of the year: “If this goes on for a month or two, it is normal and natural: payments abroad, or purchases from abroad increases in certain periods. In the current situation, the depreciation of the lira in Turkey is affecting the process. However, should the process linger on, it will be something to worry about.”