In light of Russia’s increasing isolation from global markets due to a series of Western-led sanctions, the development of functional, secure, and integrated freight railway networks between Europe and Asia, beyond the territory of the Russian Federation, has come to dominate the discourse over the past several months. 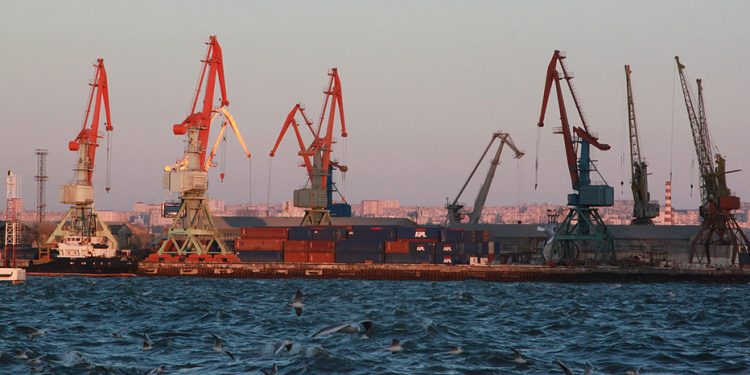 The disruption of commercial operations through the northern rail lines catapulted the popularity of the Trans-Caspian International Transport Route (TITR), an overland network of road, rail lines, and maritime transport that traverses Central Asia, the South Caucasus, and Middle East whilst circumventing Russian territory.

Consequently, the current geopolitical circumstance in Eastern Europe has allowed the host economies of the TITR—i.e., Azerbaijan, Kazakhstan, Georgia, and Türkiye—to reinforce the development of mutual political and economic bonds in order to strategically and effectively operationalize a uniform policy toward the sustainable implementation of the TITR. In the wake of heavy economic sanctions on Moscow, the major transit countries located along this overland trade channel have taken concrete steps toward achieving the expansion of transcontinental transit opportunities and attracting more international cargo shipments by realizing the rapid commercialization of this multimodal cross-regional route. Identifying shared strategic interests and forging cooperation over diversifying supply chains and initiating internationally and economically viable transport arteries on the critical East-West dimension through close intergovernmental collaboration and political commitment has become more important in the context of greater geo-economic uncertainties triggered by Russia’s invasion of Ukraine.

In addition to the construction of large-scale land- and sea-based physical infrastructure, consolidating stronger diplomatic and solid commercial ties among initiators is equally important for all sides. It is characterized as a focal point of further improvement of the TITR and an important step toward the creation of the more appealing business environment along it. In this context, the past few months have witnessed major breakthrough in developments of diplomatic and economic relations involving Astana, Baku, Tbilisi, and Ankara, particularly following the adoption of the export restrictions regime against Moscow. As a consequence of changing dynamics, both bilateral cooperation and regional integration processes between these transit countries have accelerated dramatically in the context of Asia-Europe connectivity, opening new long-term opportunities for the sustainable development of the Trans-Caspian route.

Since the beginning of the Ukraine war, the governments of the abovementioned countries have called for implementing long-term incentive programs through the multinational consortiums to efficiently adapt the TITR to new geopolitical and economic realities. As policymakers are becoming increasingly aware that, by pursuing common strategic goals and facilitating multilateral institutional development among involved states and beyond, they can boost the potential of the TITR to serve as a reliable transit passageway across China-EU rail connections in the long run. Hence, these countries’ multilateral transportation policies focus on expanding not only commercial and economic bonds but also diplomatic and cultural ties. Following the disruption of global supply chains, a series of multi-party agreements have already been inked over cooperating toward the sustainable improvement of this Trans-Eurasian supply route in the wake of massive development and commercialization efforts, ranging from transportation and logistics services to cutting-edge technology and physical investment.

With the intention of enhancing freight flows over the Trans-Caspian Route, high-ranking officials from Azerbaijan, Kazakhstan, and Georgia declared the establishment of a joint venture (Eurasian Joint Alliance) back in March 2022. The tripartite cooperation document sets out to automate logistical services to provide efficient administration of transit operations and facilitate synchronized border crossings and customs ecosystems, increasing the overall accuracy of the TITR. Later that month, major stakeholders of the TITR—Georgia, Azerbaijan, Türkiye, and Kazakhstan signed a quadrilateral declaration on the Trans-Caspian East-West Middle Corridor to improve the transshipment capacity of the participating countries and encourage their integration into the global trade network. Similarly, in April this year, a document on cooperation in the field of logistics was signed between the authorities of Kazakhstan Railways JSC and Azerbaijan Railways CJSC at a meeting in Baku, where the parties also conducted discussions on the systematic development of the TITR through synchronized joint operations.

In addition, in May this year, the delegations of the leading logistic agencies of Azerbaijan, Türkiye, Kazakhstan, and Georgia reached an agreement to provide adequate measures for maintaining close coordination and mutual communication within the scope of the TITR, exploring further possibilities for cooperation in the transportation and logistics spheres. The quadrilateral meeting resulted in the initiation of the “2022 Action Plan” for enhancing the competitiveness of this route in comparison with rival trade corridors.

More importantly, the foreign ministers and transport ministers of Türkiye, Azerbaijan, and Kazakhstan recently revealed their plan to boost long-term trilateral cooperation over the development of the TITR by signing a trilateral cooperation protocol to establish an intergovernmental working group in Baku in late June 2022, outlining plans to closely collaborate in the field of transportation.  The tripartite cooperation agreement is widely expected to play a critical role in consolidating stronger ties among three major Turkic states. That in turn could help cultivate intra-regional economic ties and boost the attractiveness of the TITR for the foreseeable future.

Against this backdrop, a recent significant agreement covering all aspects of technical improvements of the Port of Baku (a multi-purpose international seaport in the wider Caspian basin) was inked between Türkiye and Azerbaijan on 15 July this year. According to the agreement reached between the Albayrak Group and the Baku International Sea Trade Port CJSC, the Turkish company aims extensively enhance the operational and organizational capabilities of this seaport to achieve efficient planning and control of loading, discharging and stowing cargo processes.

Aside from the aforementioned deals, the most recent ministerial-level meeting took place in Tbilisi in late August this year, where the official talks on the formulation of a single tariff policy for the Baku-Tbilisi-Kars Railway (BTK) and the further development of the Trans-Caspian route were held by the senior representatives of Türkiye, Azerbaijan, and Georgia. Also notable is that the initial plan for running a regular container block train from the Georgian seaports of Poti and Batumi to the Port of Baku through the adoption of optimal coordination mechanism and unified tariff policy, was the main topic of discussion at this tripartite meeting.

Of course, these countries’ key geographical locations have, thus far, given them historical chance to play a pivotal role in East-West trade. By prioritizing the flow of commodities transported via the given pathway, transit countries tremendously hope to eventually increase their revenues from the passage of consignments. However, smooth and incremental operationalization of such a large-scale multimodal initiative and concurrent utilization of numerous multilateral transport projects is not easy task at all. There are still dozens of challenges and obstacles to overcome both domestically and internationally.

Wide-ranging cooperation along the emerging Trans-Eurasian transport and trade corridors facilitates multilateral institutional development among the directly concerned states of the TITR, thereby unlocking regional trade opportunities and transport connectivity in the Greater Caspian region where a multitude of challenges and opportunities constantly converge. Strategically, the deepening of multilateral bonds is a remarkable reflection of the political establishments of the region’s leading states towards strengthening closer practical partnerships and making better use of the potential of the Trans-Caspian International Transport Route.

Ostensibly, the recent high-level engagements are the positive trends towards fostering joint strategic initiatives, sustaining the diplomatic and institutional mechanisms, and paving the way for increased cooperation across a broader Eurasian region. It thus appears that intensifying solid cooperation on the China-European route and prioritizing the development of the Trans-Caspian route as a well-developed alternative transit passageway is likely to remain a significant concern for all initiator states in the years ahead. To that end, it remains to be seen whether the Trans-Caspian route would be able to become an optimal alternative supply channel to the long-established Trans-Siberian railway networks passing through Russian territory.