How did Aliyev do it? Two years later

The results and outcomes of Azerbaijan's victory are yet to be fully grasped and interpreted, warranting fundamental research. That will be done in the future. But for now, we will simply reflect on the events from the perspective of political analysis. 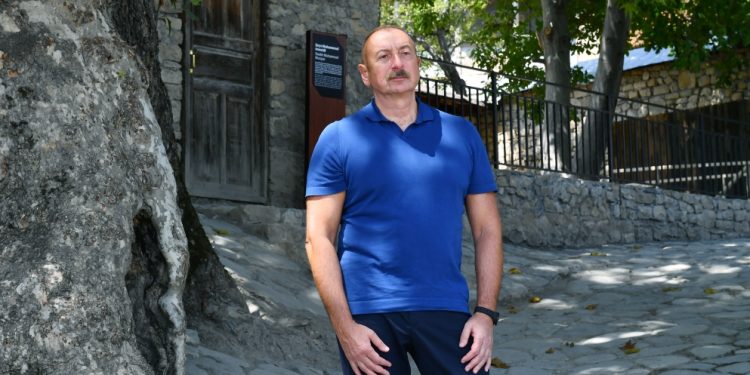 Azerbaijan has cemented the breakdown of the former world order in the South Caucasus. Decisively. With a bang. The dominance of one power has been neutralized. A geopolitical parity model has been adopted as the basis. Centuries later, Turkey has returned to the region, and the influence of Persian medieval heresy has been pushed beyond the Araz River. Furthermore, during the war, Azerbaijan managed to achieve the alienation of at least the neutrality of Tehran and limit the influence of Paris and Berlin with the support of London and Jerusalem.

In today’s world, the key to military victory lies in the modeling of political and diplomatic advantages. Any victory is a sum of factors, where every detail is important, from strategic planning to the choice of military construction routes and the tactics of using the most advanced weapons on the battlefield. Ilham Aliyev had thought of every little thing: a desperate struggle for power was unfolding in the United States, most of the globe was paralyzed by a pandemic, all of the global logistics and transport communications were disrupted…

Azerbaijan demonstrated a high level of preparation. From the very first days of the war, it was clear that Aliyev had been getting ready for this day for years, ignoring the baseless accusations of excessive militarization and exorbitant military expenditures voiced by national liberals.

Bayraktar and Harop are excellent and innovative weapons, but they can only be used effectively when they are integrated into the armed forces, when protocols for their use are perfected and targeting and communications are streamlined. When every single platoon commander knows when to request their use, how to aim them, and what to do after the target has been hit. The whole system was fine-tuned and prepared for the zero hour.

In this respect, the strategic thinking of the Azerbaijani military was by far superior to that of the “Armenian lions”. As for all the talk of Turkish assistance and Turkish methods, it is merely for the benefit of the losers, i.e., Pashinyan. After all, the Soviet Union once gave state-of-the-art weapons of the time and protocols for their use to the Arab countries, such as Syria and Egypt—did it help them much in the war against Israel?

That is, the Azerbaijani military was not only able to adopt the experience of modern warfare, but also to adapt it to our specific situation. This is an unprecedented achievement for a developing country these days—the armies of countries capable of accomplishing this can be counted on the fingers of one hand.

But let us go back to the idea that war is always a continuation of politics by other means. And here, reflecting on the results of the 44-day liberation war, we need to understand that it was enabled by Baku’s quite unique foreign policy efforts. Who ultimately was unhappy with and did not accept the outcomes of the Karabakh war? The French and the Iranians? Macron or Khamenei? But the rest of the world saw modern Azerbaijan in a different light, as the country that fundamentally changed the geopolitical balance of power and the regional security system!

Take the foreign policy support for the Russian invasion of Ukraine. An anti-Russian coalition emerged almost instantly—and not only among the NATO states. Even Moscow’s strategic partners, with the exception of Iran and North Korea, refused to back it. Azerbaijan succeeded in doing what the “world’s second most powerful army” failed to do.

Admittedly, one can hardly fully comprehend how Ilham Aliyev managed to do it, but his principled decision was not followed by the world’s rejection, moreover, it was supported and approved not only by Azerbaijan’s allies, but also by those who maintain a reserved or neutral stance towards Baku. But this is largely due to Aliyev taking personal charge of the information and diplomatic warfare. The rigid apparatus of power ended up in the shadow of one man.

Then there is, of course, the price of war. The bitter lessons of Ukraine show all the tragedy and the collapse of the entire state infrastructure as the war spreads across the country. Did anything of the kind happen in Azerbaijan? Did anyone in the rear or in Baku feel the war? The hostilities took place with minimal losses in the frontline areas, they did not harm Azerbaijan’s GDP or economy.

Ilham Aliyev was able to calculate the algorithm and build the strategy of political actions to minimize the natural and irreversible consequences of combat operations, the damage war inflicts on society. That is why he made a confident decision to start the war. Everything was meticulously planned down to the smallest detail. On the map, at his desk. Right up to the liberation of Shusha, about which Aliyev spoke even when the years-long bloody war still loomed on the horizon…