The Tragedy of Agent Mamedov

In the last fifteen years, Eldar Mamedov, becoming Mamedovs, has worked his quite interesting, but in many respects tragic way down from a promising diplomat and analyst to a discarded useless IRGC agent. 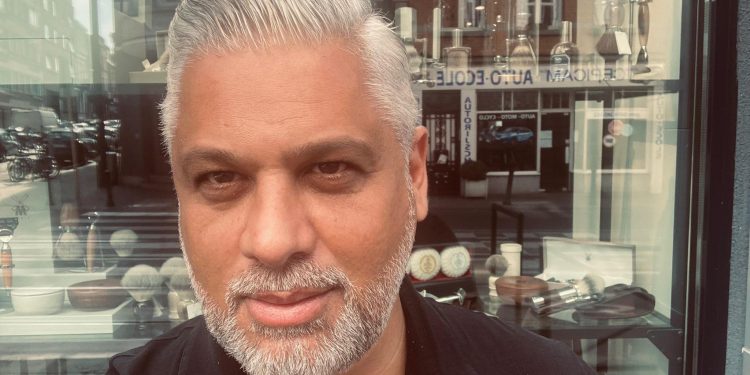 Exactly a week ago, the United States Department of State, through its spokesman Ned Price, sent an unexpectedly clear message of support to Azerbaijan. Answering a question about the threats against our country constantly and unambiguously voiced by Tehran, Price openly said that Iran represented a real threat to the region and that the US would strongly support Baku in its struggle against the destabilizing influence and destructive actions of the Islamic Republic. 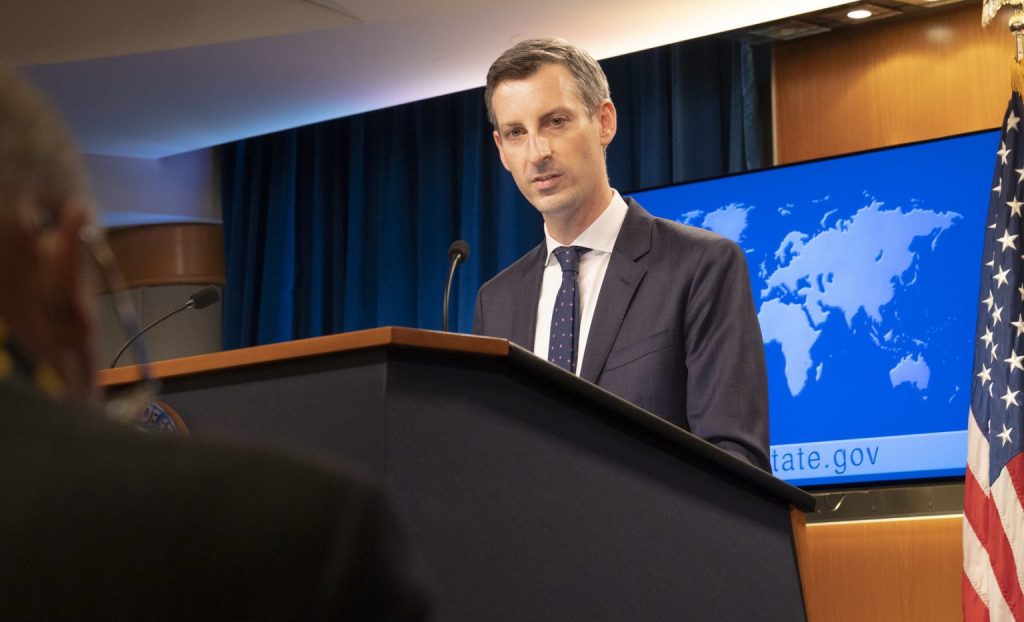 Such unequivocal support for Azerbaijan voiced by official Washington naturally could not be overlooked by the leadership of Iran and, of course, its “punishing hand”, the Islamic Revolutionary Guard Corps.

Realizing that the US reaction voiced by Price actually disavows Tehran’s policy in the South Caucasus, IRGC analysts promptly engaged their agents in the West, assigning them a concrete mission: to do everything possible to vigorously counteract the American narrative in support of Azerbaijan.

As a result, an article by Eldar Mamedov, an Iranian lobbyist well known in Brussels circles and a frequenter of receptions at the Iranian embassy in Belgium, appeared on the website of the online publication Responsible Statecraft on November 16.

It is no secret that Mamedov’s “duties”, regularly paid for from the IRGC budget, include disseminating theories in the Western media and European academia about the neutral and even pro-Western position of the Islamic Republic of Iran, wrapped in a shiny liberal package to create the desired effect.

Eldar Mamedov, political advisor to the faction of the Social Democratic Party in the European Parliament, supplied the publication with such an obscenely unambiguous title that no one could have any doubts about its true beneficiaries: “The US should stay away from Azerbaijan-Iran tensions”.

The gist of Mamedov’s article is that the regional role of Iran contributes to supporting the territorial integrity of Armenia, which, in turn, is aligned with the strategic interests of the White House. According to Mamedov, Iran is driven by realpolitik, which is in line with the US interests in the South Caucasus. Moreover, the author claims that Iran has allegedly already provided “compelling evidence” of Azerbaijan’s involvement in the terrorist attack in Shiraz, without specifying what that evidence is.

On the other hand, Mamedov presents the series of arrests of Iranian intelligence agents carried out by the State Security Service of Azerbaijan as a persecution of Shiites, urging Washington not to trust the official information of the Azerbaijani secret services.

“The best course for the United States, therefore,” sums up neutral analyst Eldar Mamedov, “would be to observe neutrality and urge both sides to de-escalate tensions. Price’s remarks, however, might be construed as Washington’s readiness to come to Baku’s aid militarily. That will only further encourage Aliyev’s taunting of Iran.”

By the way, two years ago, in another article in Responsible Statecraft, Eldar Mamedov repeated almost verbatim one of the key points of official Iranian propaganda, calling on Azerbaijan “not to let itself to be manipulated by extra-regional anti-Iranian agendas”.

However, over time, Mamedov’s position on Azerbaijan began to take a pro-Armenian shape, which coincided with an escalation of tensions between Baku and Tehran, caused by a dramatic shift in Iranian foreign policy in favor of openly supporting Armenian interests.

It is common knowledge that in turbulent times for any state, when maximum consolidation of all resources is required, intelligence agencies are usually faced with a difficult dilemma: on the one hand, they need to quickly activate the entire available network, including deep-cover agents, so-called “moles”. But on the other hand, these actions, dictated by political necessity, can with high probability expose the really valuable agents, which heads of secret services, understandably, do not want. Therefore, they carefully protect the “moles” and risk mainly those who have long been on the radar of enemy counterintelligence, preferring (as characters in spy movies say in such situations, “Nothing personal!”) to get rid of toxic assets.

The 50-year-old Latvian citizen Eldar Mamedov (“Mamedovs”, according to his passport), who used to work for the Latvian Foreign Ministry but was recalled from the Embassy of Latvia to the United States because, in the opinion of the US secret service, of his “too close” ties with Iranian representatives in America, which did not fit into the framework of diplomatic activity, should be added to this category of “blown” agents whom they can spare and “burn” in Iran’s very difficult period of geopolitical aggravation.

As a result, Mamedov, accused by Latvia’s US partners of excessive sympathies for the IRI’s mullahcratic regime, was forced to resign from the Foreign Ministry.

At the end of 2007, “Mamedovs” made a short trip to Iran, in the same year he got a job as a foreign policy advisor in the faction of the Social Democratic Party in the European Parliament and since then, in close coordination with the Iranian Embassy in Brussels, has been working consistently to promote the Iranian agenda in the European Parliament, at various events, as well as in the media of the Old World.

In parallel, his “Iranian” responsibilities include identifying potential targets for recruitment from among the Brussels political and expert and academic crowd, and creating the necessary conditions for their first contact with the IRGC handlers.

Mamedov’s “advisory” activities culminated in the presidency of Barack Obama, who in 2015 signed the Joint Comprehensive Plan of Action (JCPOA), the so-called “Iran nuclear deal” that would have lifted sanctions against that country.

However, the thaw in relations between Iran and the West did not last long, as Obama’s successor, Donald Trump, withdrew from the JCPOA and returned to the sanctions regime.

However, even in these circumstances, the Azerbaijani Latvian Eldar Mamedovs remained in demand: playing on the antagonisms between the European Union and the Trump administration, he continued to actively promote the ties of the medieval Iranian regime with the liberal elites of Europe, who were completely indifferent to ideology but had a vested interest in access to the Iranian market and to Iranian energy carriers.

And while Eldar Mamedov’s activities did not raise serious questions within the European Parliament, a completely different attitude to him was formed at the NATO headquarters in Brussels.

Diplomatic sources in a European country told us that Mamedov had repeatedly tried to gain the trust of members of this organization. But unlike the European Parliament, NATO is very much not an open house when it comes to information security and immunity to lobbyists of the enemies of the West. All of Mamedov’s attempts to establish contacts and hold “joint events” were politely but firmly turned down by the North Atlantic Alliance’s headquarters. Consequently, any hope that the US partners will refuse to support Azerbaijan’s security in favor of the IRGC’s fake news planted by its people in Brussels, looks not only futile but also naïve. The security policy of the United States and NATO is determined in centers to which “independent experts” like Mamedovs do not and cannot have access.

Today, at a time when Iranian kamikaze drones are terrorizing peaceful Ukrainian cities and Russian-Iranian military cooperation is becoming systemic, Eldar Mamedov acts as a harsh critic of the Tehran-Moscow alliance, calling this rapprochement a “foolish move” on the part of the IRI. Moreover, he also publicly “sympathizes” with the protest movement in Iran, which is being brutally suppressed by the ayatollah regime.

But, according to our sources, Mamedov’s nihilism is merely a fragment of the cover story of an independent analyst with liberal European views, developed for Mamedov by IRGC specialists. In reality, the Iranians are outsourcing to their Russian partners the information and contacts of Eldar Mamedov and several other second-rate “blown” agents of their Western network in exchange for “symmetric” services of the Russian Foreign Intelligence Service in other regions of the world.

In the last fifteen years, Eldar Mamedov, becoming Mamedovs, has worked his quite interesting, but in many respects tragic way down from a promising diplomat and analyst to a discarded useless IRGC agent. Alas, approaching the sixth decade of his life as nothing but a small coin in the games of the intelligence agencies of two rogue countries, Mamedov ultimately failed as both an analyst and as an intelligence agent.