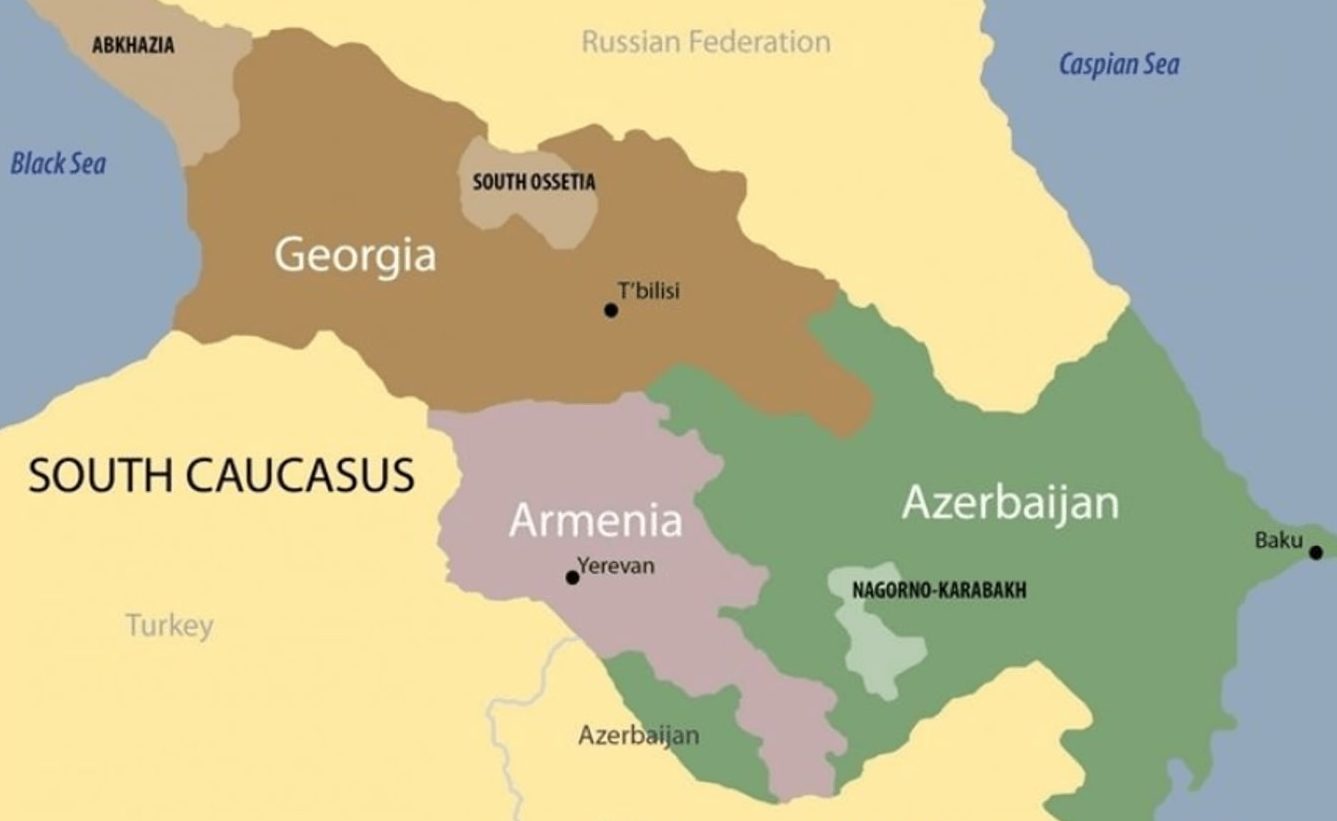 The UK sees Russia as “the most acute threat” to its security. NATO sees Russia’s aggressive actions as a threat to Euro-Atlantic security. The US has now gone public about Russian interference in its elections. The EU isn’t sure what it should be doing and sees the EU and Russia as “closely interdependent”.

While Western democracies squabble among themselves over institutional ambitions, and vaccine distribution, Russia fuels confusion and discontent. Its aim has always been to shake the foundations of our democratic systems, but now it seeks to entice and cajole countries, particularly those formerly absorbed into the Soviet Union, out of the western camp and into a form of benign neutrality. The Black Sea and Caspian countries are high on Moscow’s list and Georgia is of pivotal importance in this.

While Russia is single-minded in its objectives, the West is torn. Russia is focused on being treated as a great power and restoring the post-Soviet space, while the democracies seek a world of stability and security to maintain the freedom and prosperity of their citizens.

This year, both Russia and Georgia have been on the EU agenda. EU foreign policy chief Josep Borrell’s trip to Moscow on 6 February was widely seen as a humiliation. While he was engaged in high-level discussions, Russia was expelling diplomats from EU countries and parading opposition leader Alexi Navalny in a glass cage in a Moscow courtroom.

“While Western democracies squabble among themselves over institutional ambitions, and vaccine distribution, Russia fuels confusion and discontent”

Since Russia’s aggression against Ukraine in 2014, the EU, along with other Western countries, imposed sanctions on Russia, now further extended to high-ranking Russian officials for their role in poisoning and detaining Navalny. But the EU, anxious to promote itself as an autonomous strategic actor, also pursues its own twin-track approach, seeking to be tough on the one hand while applying ‘selective engagement’ on the other.

On 1 March, EU Council President Charles Michel was in Georgia to emphasise the EU’s “fundamental interest” in the region and its commitment to the territorial integrity of Georgia while avoiding direct reference to Russia’s aggressive role. The EU-Georgia Association Council met on 16 March, with Prime Minister Garibashvili leading the Georgian delegation, against the backdrop of the political crisis in Georgia. It lamely reiterated the obligation for Russia “to fulfil its international obligations” while noting Georgia’s strategic role in energy, transport, and connectivity and as a logistics hub in the region.

With its commodity-dependent economy, nominally smaller than Italy’s, Russia is highly sensitive to outside commercial intervention in its region. Using all the tools in its hybrid warfare box – political subversion, disinformation and beyond – it will go to great lengths to try and prevent foreign influence over countries which it sees within its economic and security sphere.

But South Caucasus connectivity is vitally important in guaranteeing links to Europe and enabling economic and political choices for the region. This needs to be properly followed through. But strange things are happening. The Georgian government’s expropriation of the Georgian internet provider, Caucasus Online, seems curiously out of step with ambitions for western engagement and economic freedom. Its action will effectively prevent the introduction of a new fibre optic pipeline for the region, which would have reduced reliance on Russian infrastructure.

Just last month, the Venice Commission and the Council of Europe’s Director General for Human Rights and Rule of Law condemned the move, arguing that Georgia’s actions against the provider were an attack on property rights, freedom of the press, and the right to a fair trial, calling on the government to carry out a full re-examination of the move. The Georgian government has seemingly disregarded the opinion, refusing to engage with its recommendations, and just this week the ‘special manager’ was reappointed to the company by a Tbilisi court.

“The South Caucasus countries are in a bind. They need investment and outside support which the West has given. But the Russian bear is a close and powerful reality”

The South Caucasus countries are in a bind. They need investment and outside support which the West has given. But the Russian bear is a close and powerful reality. Many leading figures, including in Georgia, have deep connections with Moscow. But, based on fear, this is not an appealing model, particularly for a younger generation, attracted by the West and its freedoms and prosperity.

We need to be sensitive to the concerns and interests of friends such as Georgia and Azerbaijan and indeed Turkey. At the same time, they have to be open and straightforward with us. Above all, we need to get serious about Russia. We can do business with Russia, but not while she is engaged in constant sub-critical attacks and underhand manoeuvring, seeking to keep on leash countries that want to make their own way.

The Western democracies – the US, UK, EU Member States and their allies and friends – need to get their act together and become more coherent, consistent, active, and reliable in their approach.