Turkey, Armenia, and why Biden used the ‘G’ word

Every year, as April 24 draws near, hasty preparations are made in Turkey to counter what the countries with strong Armenian communities will do to commemorate the day. This date is the anniversary of the relocation in 1915 of Armenians living in the eastern Ottoman provinces. 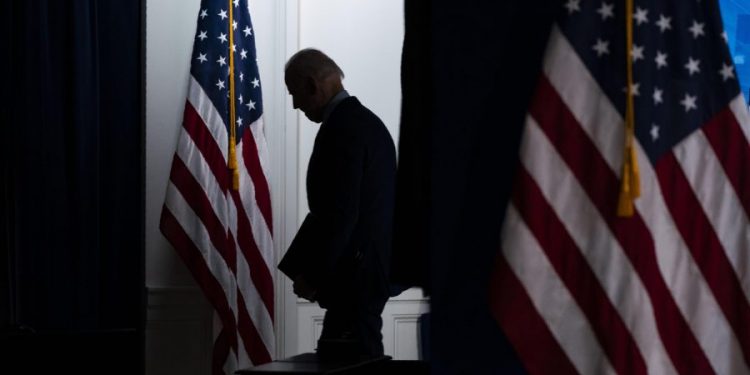 The Turkish view is that they were relocated because Armenian gangs were cooperating with the invading Russian army and committing atrocities against Turks, hoping to carve out a homeland for themselves.

This year, the entire Turkish media was focused on whether US President Joe Biden would use the word “genocide” in his statement. While Biden’s statement has no legal effect in international law, it may encourage several other countries to follow suit.

In a practice that has almost become a ritual in the US presidential campaign, the Armenian diaspora managed, at the start of the campaign, to extract a promise from the presidential candidate that on April 24 he would use the word genocide if he is elected. In the past, many presidents have promised it but did not fulfill their promise. Instead, they found an excuse for not using that word on the commemoration date and used other terms such as “great tragedy.” The only exception was Ronald Reagan, who in 1981 mentioned “the genocide of Armenians” in a different context.

Biden last week deviated from this tradition and used the word genocide in a written statement issued on the occasion of the April 24 commemoration. One of the reasons was probably because he wanted to demonstrate that he is a different president, but there are other reasons too.

Firstly, Turkish-US relations are in one of their most turbulent periods in history. The reasons for this include: Turkey’s purchase of the Russian-manufactured S-400 air defense system; the involvement of the Turkish state-owned Halkbank in circumventing US sanctions on Iran; Washington’s refusal to extradite Muslim cleric Fethullah Gulen, who is considered by President Recep Tayyip Erdogan as the man behind the failed 2016 military coup in Turkey; Turkey’s expulsion from the advanced F-35 fighter aircraft program; the US military support for the Kurds in the north of Syria; the collision course between Turkey and Greece in the eastern Mediterranean; the unstable cooperation between the two countries in Syria and Libya; and Turkey’s support for Azerbaijan in the Nagorno-Karabakh conflict last year.

Secondly, throughout his 45-year political career, Biden has consistently sided against Turkey in almost all controversies.

Thirdly, Turkey has become more and more isolated in the international arena since 2011. This means it is easier for the US to adopt an anti-Turkey attitude.

Biden has always kept a distance between himself and Erdogan. He did not respond to Erdogan’s call to congratulate him on winning the presidency for more than 90 days. He only called him one day before his Armenian announcement to tell the Turkish president that he would use the word genocide in his statement because of his promise to the electorate. Despite this, the conversation was not tense. They talked about areas of cooperation and promised to hold talks on the margins of the NATO summit in June.

Many in Turkey believe that Biden’s attitude deserves a strong reaction, such as banning the US from using the NATO common infrastructure projects that are located in Turkey. This has been done once before, in 1970, when the US had imposed an arms embargo on Ankara, but Turkey’s hand is not as strong now as it was at that time.

After Biden’s statement, the Turkish parliament unanimously declared that it was null and void. Erdogan’s spokesman said: “There will be a reaction of different forms and kinds and degrees in coming days and months.” These are visibly low-profile reactions.

The Armenian diaspora does everything it can to keep alive the perception that the Ottoman Turks did in fact commit the crime of genocide. Biden’s statement may now open a new page in that agenda. The descendants of Armenians who perished in 1915 may launch an avalanche of new court cases.

Turkey’s reaction to this has never been commensurate with the Armenians’ efforts. Turks believe that their ancestors did nothing wrong. However, they do not understand that perceptions are sometimes more important than facts, and that they cannot reverse the process only by blaming others. Though nothing concrete can be obtained from the Armenians’ initiatives, their efforts to construct a perception that the Ottoman Turks committed genocide is likely to hang in the air until Turkey and Armenia agree to work together and reach a reasonable accommodation.

Yasar Yakis is a former foreign minister of Turkey and founding member of the ruling AK Party.