Turkey Doubles Down on Hard Power

Turkey’s strategic victory in Nagorno-Karabakh will not help it to achieve a sustainable future within its neighborhood. 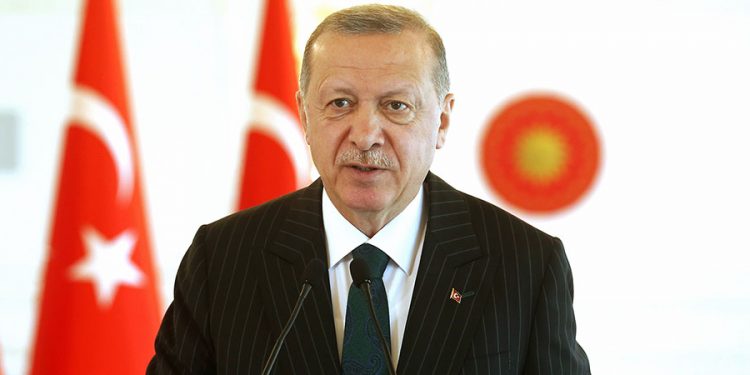 Afew years ago, the very notion of Turkish foreign military interventions would have seemed extraordinary. The Turkish republic has been, for most of its history, determinedly introspective. Until the 20th century, it was largely disengaged from its immediate neighborhood, favoring ties with the West. Great power architecture tends to subdue regional tensions. Whether it’s unilateral US power or bilateral umbrella organizations like the European Union or NATO, a deterrent to regional conflict has been present.

Yet with the waning of such architecture and the changing internal dynamics of Turkish politics, Turkey has engaged in a number of foreign military interventions in recent years — in Iraq, Syria, Libya and, most recently, in Azerbaijan’s conflict with Armenia over the disputed Nagorno-Karabakh region.

The prevailing assumption is that Turkey won a strategic battle in this war that has shifted the balance of power in the region. But this ignores a deeper malaise in Turkey’s foreign policy direction. It may be winning hot fights today, but the wider cold war it is entering with a ring of neighboring states will damage Turkey’s ability to project power in the longer term.

Only a decade ago, under the guidance of then-Foreign Minister Ahmet Davutoglu’s “zero problems with neighbors” doctrine, Ankara was on historically good terms with Armenia. At the time, there was a sense that Turkey was leaving behind the traditional republican mindset of being beset on all sides by threats.

This mindset, rooted in the dissolution of the Ottoman Empire and the war of independence that thwarted Great Power designs on the partition of Anatolia among the victors in World War I, persisted throughout much of the 20th century. However, by 2014, Ankara had signed bilateral High-Level Strategic Cooperation Council agreements with Iran (2014), Iraq (2009), Lebanon (2010) and even, strange though it may now seem, Syria (2010).

Even Greece and Armenia, traditionally viewed as the most ardent foes due to the religious divide, had become amicable neighbors. In April 2014, Turkish President Recep Tayyip Erdogan even offered condolences to the grandchildren of Armenians killed in 1915, in a major shift in official Turkish rhetoric. This was perhaps the zenith of Turkish soft power in its neighborhood. All that has changed since Erdogan moved his ruling Justice and Development Party (AKP) decisively in a nationalist direction.

It is often observed that Erdogan is a leader in the mold of Russian President Vladimir Putin. His increasing use of opportunistic hard power to meet strategic foreign policy objectives is seen as part of the classic Putin playbook. Yet this analysis overlooks some important facts.

At the most fundamental level, Turkey is not Russia. The two states have some striking similarities — such as an imperial legacy on the periphery of Europe that has tended to reinforce a sense of ethnic and cultural isolation and exceptionalism. However, they are simultaneously very different.

Russia only lost its empire in 1991, while Turkey’s vanished 70 years earlier. Despite the loss of empire, Russia maintains considerable de facto power in the ex-Soviet space. Not only that, but Russia can be said to still be a significant empire, given that Moscow controls what are effectively non-Russian republics within the Russian Federation.

The same is not true of Turkey. For half a century, the Turkish republic largely ignored the Ottoman Empire’s former imperial possessions. In the 20th century, ethnic outreach toward Turkic or co-religious communities in the Balkans, the Caucasus and the Middle East and North Africa has increased, but never with the same level of hard power control Russia wields in its former imperial space. Further, the only significant non-Turkish population under Ankara’s direct control is the Kurds of southeastern Turkey.

The result is that the projection of purely hard power can have useful results for Russia in its former imperial space in a way that is more complicated for Turkey. The Nagorno-Karabakh conflict can be said to occur in both Russian and Turkish former imperial space, but this is much more immediately true of Russia. Armenia is dependent on Russia as a client state in a way that Azerbaijan is not dependent on Turkey.

What’s more, for Turkey, conflict with the states encircling it leads to far greater problems. Russia is difficult to encircle. It is geographically too extensive. There is always room to maneuver. Turkey currently has very difficult relations with Armenia, Iraq, Syria, Cyprus and Greece. This leaves precious little goodwill to help project soft power. Everything must be won by hard power.

A High Price on Everything

There is no question that in the Nagorno-Karabakh conflict, Turkey’s backing of Azerbaijan was pivotal, leading to a strategic success akin to that achieved shortly beforehand in Libya. Turkish hard power had been decisive and influence dramatically increased in Baku, as it was in Tripoli.

Yet it came at the price of establishing Armenia as an even more implacable enemy than it already was, just as the success in Libya established Egypt, Greece and the United Arab Emirates as even more implacable enemies than they already were. In the context of the eastern Mediterranean, it could be argued that the action in Libya was non-negotiable for Turkey. It had to act. But in Azerbaijan, it was much more nuanced.

The Turkey of the Davutoglu era might well have acted as a go-between, defusing tensions between Armenia and Azerbaijan, all the while quietly increasing Turkish influence across the entire region. Instead, the result is hostile battle lines. Turkey may have the upper hand today, but newly embittered enemies will await any opportunity to inflict harm. This does not build a sustainable, peaceful, long-term strategic vision for Turkey within its neighborhood.

The views expressed in this article are the author’s own and do not necessarily reflect Fair Observer’s editorial policy.