Encouraged by Prime Minister Pashinyan's reelection, Turkish officials aim to normalise with Yerevan in a step-by-step programme that would open borders and establish complete full relations. 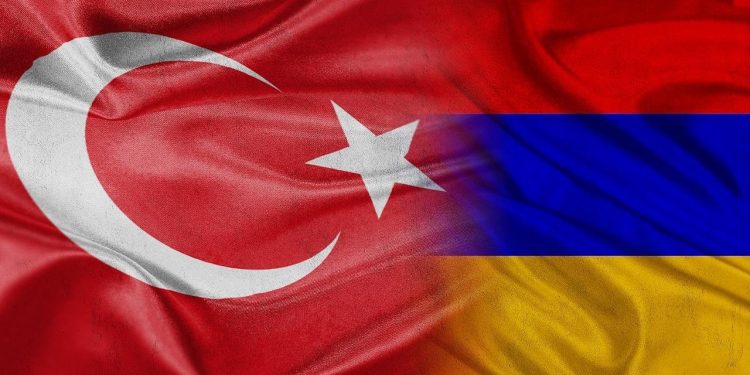 Though it may seem strange today, relations between Turkey and Armenia were not at first hostile. When Armenia declared its independence in 1991 from the Soviet Union, Turkey was the first nation to recognise the new state.

Ankara tried to help its new neighbour by providing humanitarian help and much-needed wheat. But diplomatic relations were never properly established, with the process shuddering to a halt after Armenia’s move to annex Nagorno-Karabakh, a nominal Azerbaijani territory, in 1993.

Meanwhile, Armenian anger remained over the 1915 genocide and Turkey’s refusal to acknowledge the term or extent of the killings.

Yet after three decades, there is now a real chance that the parties will finally come to a resolution, open borders and trade diplomatic missions. Unexpectedly, Ankara and Yerevan decided to move forward following Azerbaijan’s seizure of large swaths of Nagorno-Karabakh last year, which it did with the substantial help of Turkey.

“We were quite surprised that the Armenian Prime Minister Nikol Pashinyan won the elections in June with over 50 percent support after a war he lost to Azerbaijan,” a Turkish official told Middle East Eye, speaking on condition of anonymity. “His election encouraged us to talk to the Armenian government about a normalisation because he now has a strong mandate and his popularity indicates the Armenian people also want a change.”

Pashinyan has repeatedly acknowledged his interest in opening the border with Turkey and beginning a normalisation process. In the summer, Ankara attempted to make some gestures to the Armenians but was unable to succeed due to “some unexpected” developments, Turkish officials said.

After consultations with the Azerbaijani government in the autumn, Turkish President Recep Tayyip Erdogan began publicly calling for a three-plus-three platform that consists of Turkey, Azerbaijan, Russia, Georgia, Iran and Armenia for a complete regional reconciliation. Meanwhile, Ankara started direct outreach to Yerevan.

This is not the first time that Turkey and Armenia have tried to resolve their issues, which go back to the 1915 massacres of Armenians under the Ottoman Empire.

Armenians and much of the international community refer to the killings, which left an estimated 1.5 million people dead, as a genocide. Turkey rejects the term and the death toll, arguing there were deaths on both sides.

Both countries were very close to reaching a reconciliation deal in 2009 that even included a section to establish a history commission to discuss whether the massacres amounted to a genocide. But Baku’s strong protest over the continued Armenian presence in Nagorno-Karabakh and its threat to stop crucial energy deals with Ankara prevented further progress.

Now that the Nagorno-Karabakh issue has largely been resolved for Azerbaijan through its military conquest, the Turkish officials are confident that a resolution is more than likely.

Turkish officials say the biggest difference is that both sides aren’t trying to have a complete reconciliation deal as they did in 2009.

“This time we are only focussing on normalisation steps. And we plan to take it gradually, a step-by-step approach based on mutual trust and progress,” the Turkish official said. “The dispute on how to name the killing of the Armenian citizens in 1915 or other issues aren’t on our agenda.”

One of the points of contention between Turkey and Armenia has always been the latter’s claims on Turkish territory. Turkish officials believe the provisions on the Armenian declaration of independence and the constitution on a “Western Armenia” on Turkish lands are up to interpretation and pose no genuine threat.

“The return to a ‘normalisation’ process between Turkey and Armenia will begin with a more modest and practical set of objectives: establishing diplomatic relations and reopening the closed border,” says Richard Giragosian, director of the Regional Studies Centre, an independent think tank in Yerevan, Armenia.

“Moreover, normalisation represents a first step, and does not offer or seek reconciliation or rapprochement.”

Giragosian says both sides have already taken the first step by naming envoys and starting charter flights between the two countries, which they did earlier this month.

“And for sure, once the borders are open and the trade flows, it will be good for both people of the two countries, especially the border towns,” a second Turkish official said. “We believe Iran and Georgia will also benefit from this.”

Officials say there are more reasons to normalise relations with Armenia than not, and believe Russia – which has substantial commercial and political interests in Yerevan – won’t hinder the process.

“A return to diplomatic engagement between Turkey and Armenia offers a rare success in Turkish foreign policy and a positive development after months of political instability and economic crisis in Turkey,” Giragosian told MEE.

“Moreover, this return to normalisation with Armenia is also a component of a more ambitious Turkish effort of rapprochement with Israel, the UAE and others.”

However, Turkish officials are concerned that the Armenian diaspora in the United States and France could undermine normalisation by conducting a public campaign in Armenia and using its political capital. It could do this, they fear, through ultra-nationalist parties like the Armenian Revolutionary Federation, which is historically known as Dashnaktsutyun.

“We told our western friends, including the Americans, to help us to prevent possible provocations by the diaspora,” the second official said.

Giragosian says the Armenian government is much more secure and self-confident, especially after its re-election in June.

“The diaspora is more marginal and much less of a factor or consideration for the government of Prime Minister Nikol Pashinyan,” he said. “Thus, although the diaspora is widely expected to oppose this process, its role as an effective spoiler or capacity to sabotage the process is much less than before.”

Turkish officials also mention that the reconciliation process between Armenia and Azerbaijan continues to be important to maintain the Turkish-Armenian talks.

“We cannot say that any possible armed clashes between both sides wouldn’t have an impact on our diplomatic talks,” the first Turkish official said. “However, our track is separate and has its own course.”

Azerbaijan wants Armenia to abide by a deal both parties signed last year under Russian mediation, which requires a land corridor between Azerbaijan and Nakhchivan, an Azerbaijani exclave, through Armenian territory. Ankara also believes the corridor is commercially important for Turkey to open up the Central Asian and Turkic republics to the east.

“Although normalisation is a bilateral process between Turkey and Armenia, the most significant impediment comes from Azerbaijan,” said Giragosian.

“And there is little genuine confidence that Azerbaijan’s currently permissive position will last. And given the record over the past many months, the outlook for security and stability in this ‘region at risk’ remains uncertain and unpredictable at best.”

But one advantage the parties have this time is the experience from the 2009 talks. And Turkish officials are hopeful that, albeit slowly, this time they will succeed.