During Azerbaijan's self-defense operation in the Second Karabakh War, Western media presented some actions as illegal. 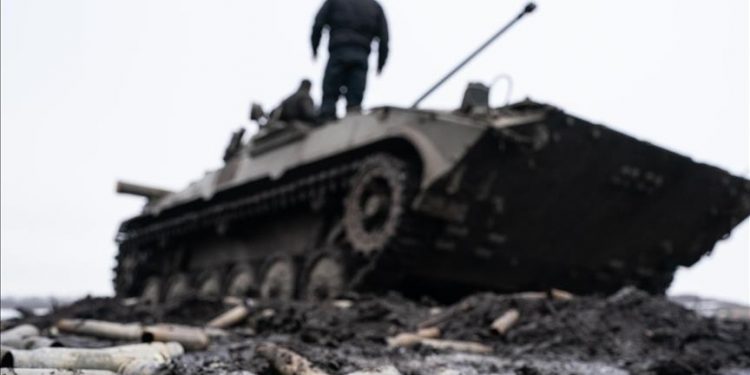 Many international experts, reflecting on the Russia-Ukraine war, consider it in the context of other conflicts, especially in the post-Soviet countries. As a region that has experienced several wars, the South Caucasus has been a focus of such discussions and comparisons. In 2008, a Russia-Georgia war arose from the desire to restore its territorial integrity, namely sovereignty over South Ossetia. However, some pundits believe that the real cause of hostilities was Tbilisi’s bid for NATO membership. In 2020, Azerbaijan ended 30 years of Armenian occupation with a successful military operation named the Second Karabakh War.

Some Armenian scholars have compared the Second Karabakh War with the Russia-Ukraine war. Such comparison aims to undermine the legal basis of Azerbaijan’s military operation. Although Ukraine’s plight has gained international support, Azerbaijan has been subject to profound injustice in this regard. Azerbaijan’s territories were under occupation for 30 years in violation of the relevant resolutions of the UN Security Council, which reconfirmed Azerbaijan’s territorial integrity and demanded the unconditional withdrawal of all occupying forces. However, in Azerbaijan’s case, the aggressor was never subjected to sanctions. During Azerbaijan’s self-defense operation in the Second Karabakh War, Western media presented some actions as illegal. Actions that the global community accepts as unlawful in the Ukraine war were legitimate in their eyes for Armenia in the Second Karabakh War.

Similar attacks on civilians by Armenia

Let us start with missile attacks on the civilian population. During the Second Karabakh War, Human Rights Watch investigated missile, rocket, and artillery attacks by Armenian forces that struck cities, towns, and villages in Aghdam, Barda, Fizuli, Ganja, Goranboy, Naftalan, and Tartar in Azerbaijan. The Human Rights Watch report examined 18 strikes that killed 40 civilians and wounded dozens more. The Azerbaijan National Agency for Mine Action, found that unguided Smerch artillery rockets and Scud-B ballistic missiles were used in attacks on Ganja between October 4 and 17, killing 32 civilians. Scud-B missiles, capable of carrying 985-kilogram high-explosive warheads, can miss their intended target by at least 500 meters.

In addition to causing civilian casualties, the Armenian attacks damaged homes, businesses, schools, a health clinic and contributed to mass displacement. According to the Azerbaijani prosecutor general’s office, 98 civilians were killed and 414 wounded during the armed conflict. While Armenia was attacking civilian areas of Azerbaijan with ballistic missiles, not even a small rocket was fired into the territory of Armenia by Azerbaijan.

The same Iskander missile fired at Ukraine was fired at the city of Shusha, the cultural capital of Azerbaijan. The aim of the Armenian government, which realized that it was losing the war, was to create fear and panic by causing more people to die.

Bayraktar TB2: Once a “weapon of aggression”, now a “savior”

Azerbaijan faced a hybrid attack in Karabakh. On the one hand, the Armenian army attacked civilian residential areas of Azerbaijan with ballistic missiles. On the other hand, it tried to create fear and panic by hitting strategic infrastructures such as Azerbaijan’s dams and energy lines. If Azerbaijan’s missile defense system had not worked well, there would have been a catastrophe.

Turkish Bayraktar TB2 drones played an active role in the liberation of Azerbaijan’s territories from occupation. With their help, Azerbaijan destroyed or took as trophies 125 artillery pieces, 366 tanks, seven S-300 anti-aircraft missile systems, more than 50 other anti-aircraft missile systems, 52 trucks, and other equipment. However, during the Second Karabakh War, the Armenian diaspora and supporting lobbyists in many countries, including the US and Canada, succeeded in imposing sanctions on the Turkish arms industry because of the success of these weapons systems. Thus, the Bayraktar TB2s was presented as a “weapon of unacceptable aggression” when used in the Second Karabakh War; however, it was accepted as a savior when it performed the same function in Ukraine.

Cultural and religious sites have also been harmed in Karabakh

After the November 10 Declaration, Azerbaijan returned all the Armenian prisoners of war captured during the Second Karabakh War. The country even returned the 1,600 Armenian bodies left in the liberated areas after the war. However, after the November 10 Declaration, some Armenian soldiers attacked Azerbaijani service members and even killed civilians. As these Armenians attacked Azerbaijani civilians after the Declaration, they are not accepted as having prisoner-of-war status. Armenian allies in the West and Armenian diaspora representatives have tried to keep this issue on the agenda as a means of pressure against Azerbaijan.

After the de-occupation, the various war crimes committed by Armenia in the Azerbaijani territories during the first war and occupation were revealed with clear evidence. They came to light after the war in the form of the cities of Aghdam, Fuzuli, and Jabrayil, which were completely destroyed during the 30-year occupation period, and the cultural assets and religious places that were completely destroyed. The sensitivity shown in Ukraine on this issue was not exhibited for Azerbaijan.

As a state that lost tens of thousands of civilians and was faced with aggression for 30 years, Azerbaijan knows the real face of war. Therefore, Azerbaijan did its best to alleviate the humanitarian situation in the Ukrainian-Russian war Azerbaijan provided 5,6 million dollars humanitarian aid to Ukraine during the war and supported the peaceful resolution of the conflict within the framework of the territorial integrity and sovereignty of states. The President of Ukraine, Vladimir Zelensky, thanked Azerbaijan for this and suggested Baku as a place of negotiations between Ukraine and Russia.

To sum up, Armenia has been occupying Azerbaijani territories for 30 years, ignoring UN Security Council resolutions. As a result of the First Karabakh War, more than 1 million people became refugees. The reason for the outbreak of the Second Karabakh War was Armenia’s withdrawal from the previously agreed principles in the negotiations within the OSCE Minsk Group and its desire to seize more Azerbaijani lands.[8] The aggressor in this war was Armenia, and Azerbaijan liberated its lands using its right to self-defense under Article 51 of the UN Charter. Armenia fired rockets at civilian cities, killing dozens of civilians. Unfortunately, in return, the international community did not impose sanctions on Armenia.