U.S. Secretary of State Antony Blinken spoke with Azerbaijani President Ilham Aliyev and Armenian Prime Minister Nikol Pashinian in separate talks on Monday about the "positive steps" the two countries are taking toward a peace agreement, the State Department said. 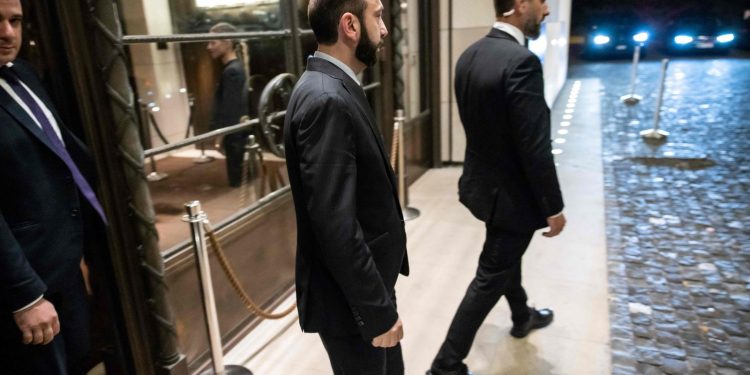 Blinken cited recent direct talks between the two countries’ leaders and foreign ministers, and he urged them to continue “time-bound and measurable steps to support the peace process,” statements released by the State Department said.

In his discussion with Aliyev, Blinken also welcomed Azerbaijan’s release of 17 prisoners of war to Armenia.

Blinken in his talks with the two leaders reiterated U.S. support for clear border delimitation, transportation linkages, recovery and identification of missing persons, return of detainees and other issues.

“He underscored the importance of discussions about the rights and securities for the residents of Nagorno-Karabakh and the need for both sides to maintain the cease-fire and focus on a negotiated agreement as the only path to a lasting peace,” the statements said.

Blinken also welcomed plans for the civilian EU mission along the border in his discussion with Pashinian, the State Department said.

Most recently, the European Council on Friday said Armenia and Azerbaijan have agreed to a civilian EU mission along the countries’ border, where the worst fighting between the two ex-Soviet states since 2020 killed more than 200 people late last month.

“There was an agreement by Armenia to facilitate a civilian EU mission along the border with Azerbaijan. Azerbaijan agreed to cooperate in this mission as far as it is concerned,” it said in a statement.

The announcement came a day after Aliyev and Pashinian met in the Czech Republic on the margins of the first summit of the European Political Community at the invitation of French President Emmanuel Macron and European Council President Charles Michel.

The mission aims to build confidence and contribute to the border commissions and will start in October for a maximum of two months.

“Armenia and Azerbaijan confirmed their commitment to the Charter of the United Nations and the Alma Ata 1991 Declaration through which both recognize each other’s territorial integrity and sovereignty.

“They confirmed it would be a basis for the work of the border delimitation commissions and that the next meeting of the border commissions would take place in Brussels by the end of October,” the statement read.

It also said the next meeting of a border delimitation commission will take place in Brussels by the end of October.

“The aim of this mission is to build confidence and, through its reports, to contribute to the border commissions,” the council said.