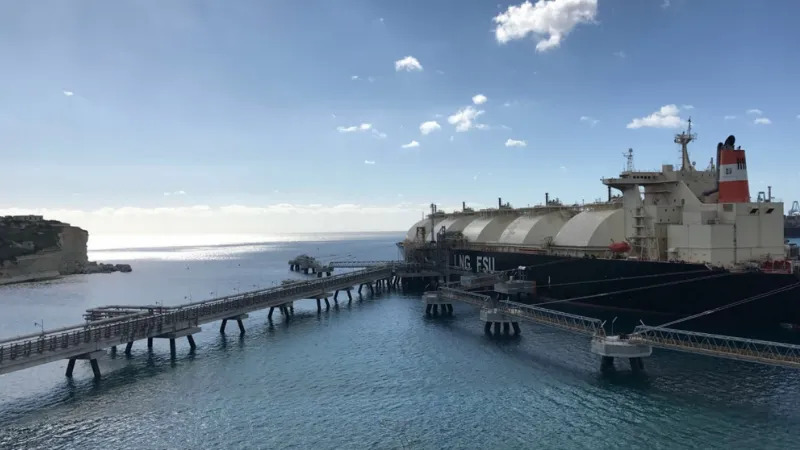 Referring to the company’s minority stake in Malta’s half-billion-euro LNG re-gasification terminal and power station that started operations in 2017, Hayal Ahmadzada, Socar’s chief trading officer, describes in an interview how “these are very complex projects. We know how to do it. We’ve done it before”.

Togrul Kocharli, chief development officer at Socar Trading, is also quoted in a Reuters report: “Ever since our first LNG to power project in 2017, we had the idea of replicating the LNG-to-Power concept elsewhere,” and adding that “we now have set up a dedicated team”.

Socar Trading was given the exclusive rights for 18 years to supply liquefied natural gas (LNG) to the power station built by Electrogas – a three-way consortium in which Socar Trading is also involved together with Germany’s Siemens and Maltese joint venture GEM Holdings.

The role of Azerbaijan’s State-owned energy company as an LNG supplier to Electrogas raised eyebrows right from the start, given that Socar Trading does not have its own LNG supply chain.

Instead, it buys LNG from suppliers like Shell, then sells it on to Electrogas at a fixed price. The same LNG is then sold on to Enemalta as part of a 10-year contract.

The agreement with SOCAR, which had not been made public at the time, was signed in 2015 by disgraced former Energy Minister Konrad Mizzi.

Reluctance to disclose any details about the Socar Trading deal was also evident in leaked emails and documents from Electrogas. These documents were first leaked to journalist Daphne Caruana Galizia a few months before her death.

The Daphne Project went on to reveal that since the deal was signed in 2015, gas and oil prices crashed and according to The Guardian, Enemalta (Malta’s energy corporation) had paid Electrogas at least €131.6 million for gas in 2017, nearly twice the open market rate.

Estimates by The Guardian suggested that Socar made a $40m profit. In reply to this estimate, Socar Trading stated that although they are not allowed to disclose the precise profit figure on any contract “this figure materially overestimates the profitability of the contract and the actual amounts are significantly lower and in line with industry norms”.

Socar Trading says that its next LNG-to-power project will be in Sri Lanka and is also working on a potential small-scale LNG gas to power project in Cote d’Ivoire that could move forward following recent elections and ease any potential local gas shortages, the executives said.