After the deployment of CSTO troops in Kazakhstan, vague fears emerged in some part of Azerbaijani society: it was Georgians and Ukrainians yesterday, it is Kazakhs today. Could we, Azerbaijanis, be in their place tomorrow? 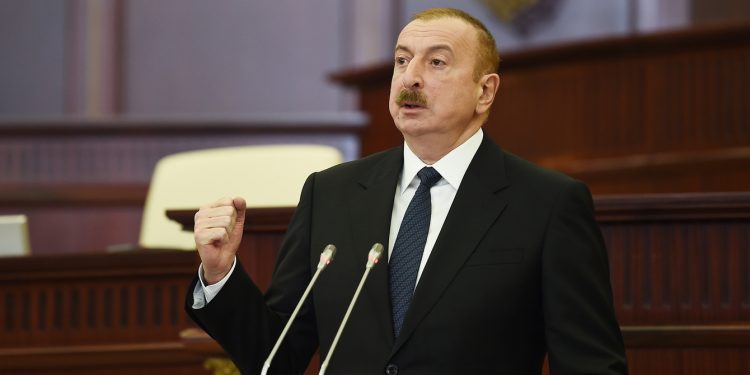 January 6, 2022 marked a turning point that changed the military and political configuration throughout the post-Soviet space. It was the day when, after the army, police and security forces of Kazakhstan were literally paralyzed for as yet unknown reasons, at the request of President Tokayev, the “Peacekeeping forces of the Collective Security Treaty Organization were sent to the Republic of Kazakhstan for a limited time to stabilize and normalize the situation.” The deployment included units of the armed forces of Russia, Belarus, Armenia, Kyrgyzstan and Tajikistan. And while the events in Kazakhstan (going on for five days by then) had been covered rather half-heartedly in the world media before that, after the deployment of the CSTO troops the topic was practically trending. There is a reason for it. 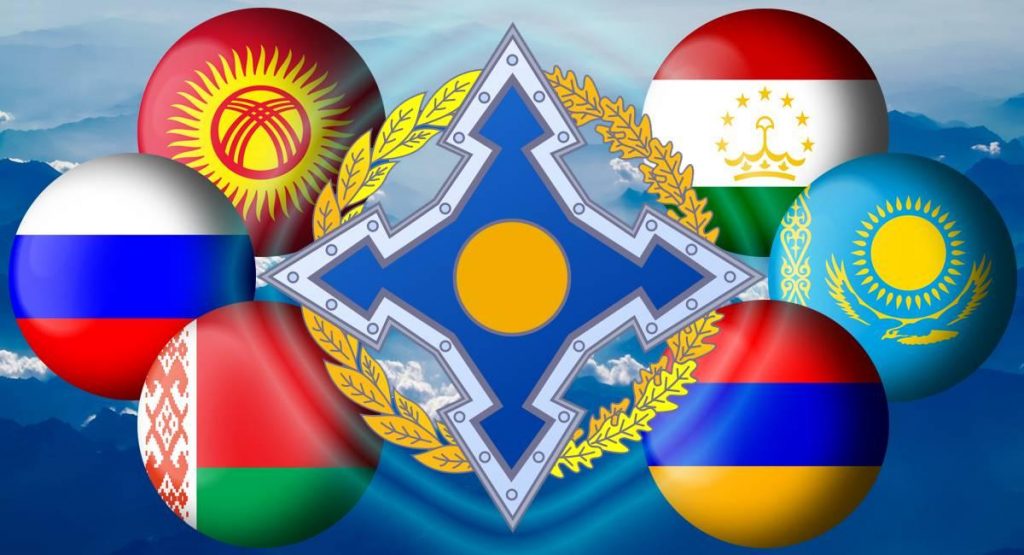 As we know, the CSTO was originally established as an organization for the collective defense of any member that comes under external aggression. Emphasis on external. However, on January 6, the CSTO showed itself for the first time as a means against internal threats, having become a tool of Russia to support governments allied to Moscow in satellite countries. From now on, in the event of a domestic unrest, the latter can safely count on Russia’s help as it uses the CSTO as a cover. Tokayev, one might say, has reinstated Russia in its old and forgotten role of a “gendarme”, which it will henceforth play under the façade of the CSTO.

Yes, Russia did indeed play this role before—from the middle of the 19th century and practically throughout the 20th century. The ideological cliché “gendarme of Europe” was stuck to Russia after its intervention in Hungary in 1849, where it brutally suppressed the national liberation movement (Hungary was then part of the Habsburg Empire). Russian troops were led by Paskevich. The Paskevich, who distinguished himself in the Caucasus and actively resettled Armenians from the Ottoman Empire to the Azerbaijani lands. The suppression of the revolution in Hungary brought Russia neither territorial gains nor other benefits, turning instead the entire progressive world community against it.

“Fraternal international assistance” was actively provided by Russia/USSR to the countries of Central and Eastern Europe over the 20th century. Hungary got unlucky for a second time in 1956, when democratic changes began in the country which were regarded in Moscow as a threat to the socialist system. Moscow dispatched troops into Hungary and suppressed the democratic movement with iron and blood. 2,652 Hungarians and 640 Soviet soldiers were killed over three days. With the bayonets of Soviet troops, the socialist system in the Hungarian People’s Republic was restored. Not for long—for 33 years. But the Hungarians have not forgotten the invasion of Soviet troops to this day. By the way, a bit of trivia from Hungarian history: Yuri Andropov, future head of the KGB of the USSR, was the USSR ambassador to the Hungarian People’s Republic at that time. 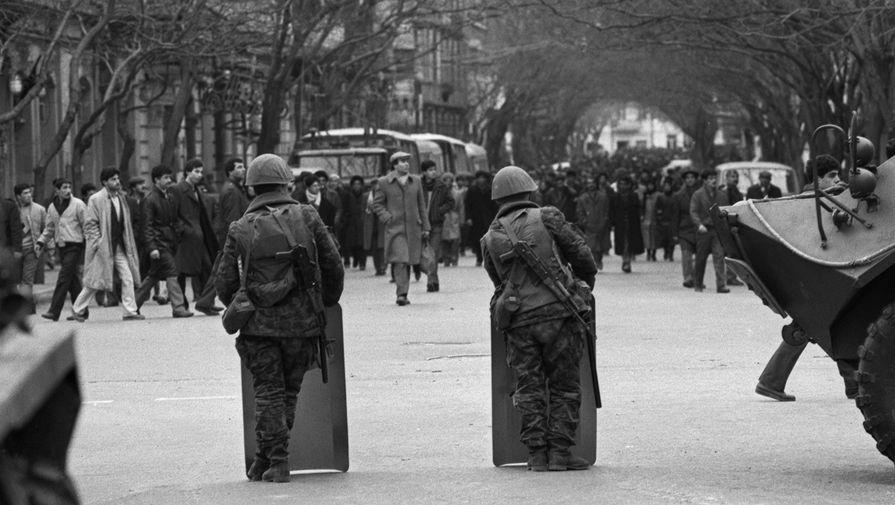 Twelve years later, the Prague Spring was suppressed in the Czechoslovak Socialist Republic. This time, Moscow knew better: not only Soviet troops were entering Czechoslovakia now, but also units of armed forces of the Warsaw Treaty Organization countries: the GDR, Poland, Hungary, and Bulgaria. According to the official version, the government of Czechoslovakia requested armed assistance from its comrades in the military alliance to fight the counterrevolutionary groups. Doesn’t this remind you of the current situation with the CSTO and Kazakhstan? The Prague Spring was stifled, with 108 citizens of Czechoslovakia, overwhelmingly civilians, killed and more than 500 wounded.

Eleven years later, the Soviet invasion of Afghanistan took the lives of 15,000 soldiers, including Azerbaijanis.

But Moscow did not limit itself to “international aid”, “saving socialism”, and its role as a gendarme only along the perimeter of the borders of Russia/USSR. It was also actively engaged in these activities within the Soviet Union itself. 21 civilians were killed in Tbilisi on April 9, 1989. January 20, 1990, Baku. Despicable, unjustified deployment of Soviet troops in Azerbaijan under the guise of “saving Armenians from pogroms”, but in reality, in order to restore Soviet authority (while the Soviet leadership in Moscow had been turning a blind eye to the Armenian separatism in the then NKAO for two years). 137 people were killed in Azerbaijan as a result of the atrocities committed by Soviet paratroopers and reservists from the Armenian-populated Krasnodar and Rostov. The center failed to suppress the national liberation movement of the Azerbaijani people. A year and a half later, Azerbaijan regained its national independence. But it was then, on January 20, 1990, when Soviet tanks crushed civilians and Soviet soldiers shot unarmed people, that the Azerbaijani people finally realized that we did not belong in the USSR.

In this respect, the USSR/Russia is no different from the United States: one sees itself as a gendarme, the other as the global policeman who has assumed the right to interfere in internal affairs around the planet. Each such interference brings about devastating consequences: Syria, Iraq, Libya… And today, Kazakhstan.

After the deployment of CSTO troops in Kazakhstan, vague fears emerged in some part of Azerbaijani society: it was Georgians and Ukrainians yesterday, it is Kazakhs today. Could we, Azerbaijanis, be in their place tomorrow? Indeed, in a region as complicated as the South Caucasus, one must always be vigilant. But there are several important points that make our country’s case special. First of all, Azerbaijan now has a strong, professional and battle-hardened army, as well as security services with a wealth of experience in a challenging foreign environment. The 30 years of state-building in conditions of occupation and open conflict with Armenia had its advantages. Any attempts to wreak havoc in our country will be firmly suppressed, any covert agents will be instantly neutralized at the first hint of overtly destructive action, and any foreign stool pigeons trying to cross our borders will forever remember the number 052 which has become sacred for every Azerbaijani. We have had attempts of color revolutions—they did not work. Our authorities have not become softer since then. President Ilham Aliyev may seem tough in his rule of the country, but if the authorities had showed any weakness, drunken Pashinyan would still be dancing in Shusha every year. Let’s leave soft politicians for peaceful, pacifist Western Europe.

Another important event that secured Azerbaijan’s independent status took place on June 15, 2021. On that day, Azerbaijani and Turkish leaders Ilham Aliyev and Recep Tayyip Erdoğan signed the Shusha Declaration in the ancient Azerbaijani city. The text of the declaration has long been made public, so here is just one of its clauses: “In the event that, in the opinion of either Party, there is a threat or aggression by a third State or States against its independence, sovereignty, territorial integrity, inviolability or security of internationally recognized borders, the Parties shall hold joint consultations and implement initiatives in order to eliminate this threat or aggression in accordance with the purposes and principles of the UN Charter and shall afford each other the necessary assistance in accordance with the UN Charter. After defining the scope and form of this assistance through prompt discussions, a decision shall be made on the assurance of defense needs for joint actions and coordinated activities of the security and administrative structures of the Armed Forces.” In other words, thanks to Ilham Aliyev’s timely actions, Azerbaijan has shielded itself with the Shusha Declaration. And yet, the protection offered by a strong ally such as Turkey is not our main trump card but rather a precaution against unforeseen circumstances. Even before the signing of the declaration, Aliyev was able to find and maintain a delicate balance between the interests of the countries in the region, including Russia, Iran and Turkey, which allowed us to cover our foreign policy rear during the counter-offensive for the liberation of Azerbaijani territories from the Armenian occupation. 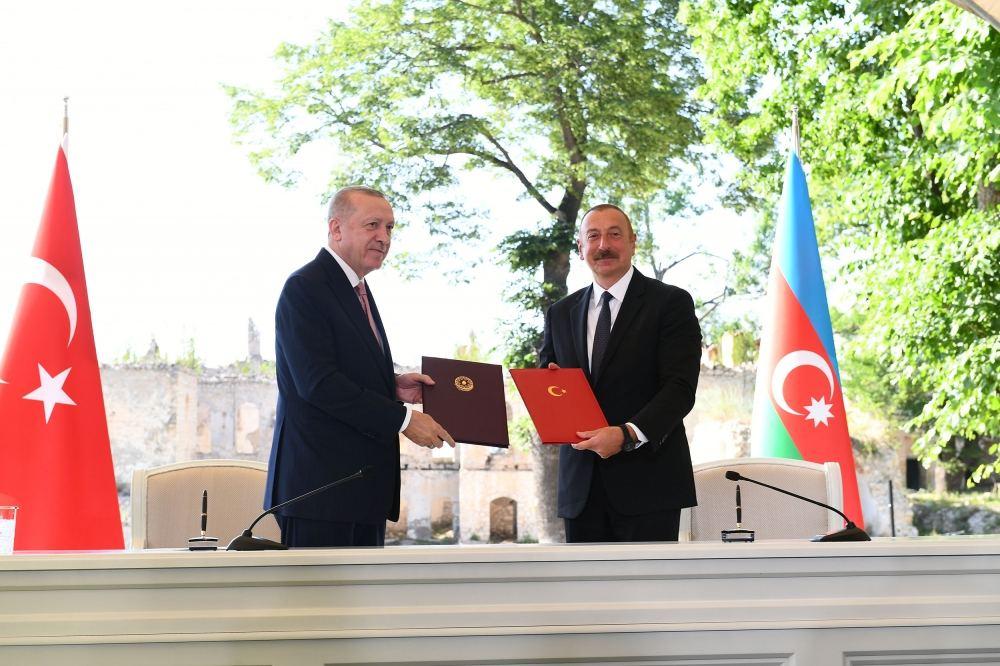 Thus, the recipe for maintaining a high degree of real sovereignty of Azerbaijan is composed of many elements: first and foremost, a charismatic leader, a strong army and experienced security services, a powerful ally in Turkey, domestic stability, as well as competent, balanced diplomacy. Azerbaijan currently has all of these elements. This can mean only one thing. Just as Baku did not sign the association agreement with the European Union, it will be building its own unique model of cooperation with the “USSR 2.0”, which is now being created by Russia. Finding a worthy place for Azerbaijan in the system of international relations in an age when the force of law has completely yielded to the law of force is the new historical mission that falls on President Aliyev after the liberation of Karabakh.