US overlooks tragedy of Azerbaijanis, Armenians are more important: Double standards in action 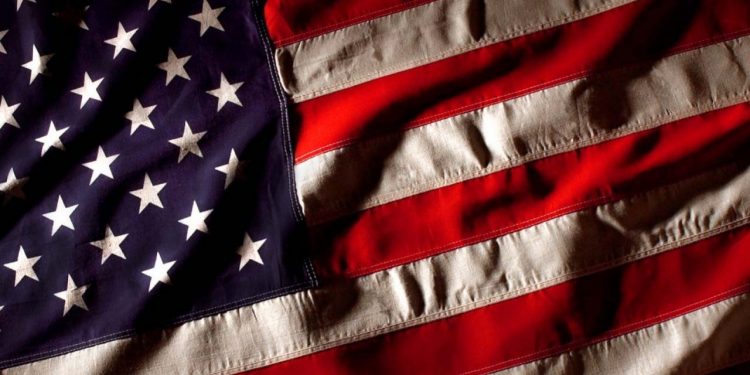 This level of engagement of American politicians is surprising, to put it mildly. Yes, it is true that there were recorded instances of cruel treatment of prisoners and wounded soldiers, as well as abuse of dead bodies on both sides in the course of the 44-day war. However, bear in mind that it was amidst full-scale hostilities, where disturbing incidents of this kind occur, just like in any other armed conflict. One should understand that we are talking about a small number of such cases.

Why then do US congressmen and representatives of the US President’s administration completely ignore the atrocities committed by the Armenian military? After the exchange of prisoners of war began in December 2020, Azerbaijani prisoners of war and hostages returned by the Armenian side spoke of the tortures and inhumane treatment they had been subjected to during their captivity in Armenia. These facts have been documented, for example, in the report of the Ombudsman of Azerbaijan, in which the testimonies of prisoners and hostages, materials disseminated on social media, etc., were used. This report was sent to numerous international organizations and is freely available. American partners could read it if they wanted to. However, there are no statements or demands from the Americans to investigate and punish those responsible for these crimes committed by the Armenian military.

Then again, is it really surprising? In the eyes of the Azerbaijani public, such behavior of the American politicians is a continuation of the typical policy of the United States, who for 30 years blindly ignored the Khojaly genocide carried out by the military and political leadership of Armenia. American politicians and generals were in close contact with the actual masterminds behind the massacre of Azerbaijani civilians, and congressmen never demanded the prosecution of either Kocharyan, or Sargsyan, or the Armenian military who are up to their elbows in Azerbaijani blood. On the contrary, negotiations were held with these war criminals, various agreements were signed with them, and so on.

The US co-chairs of now defunct OSCE Minsk Group have never brought up the issue of Azerbaijanis missing in action during the First Karabakh War either. According to documentary evidence, 3890 Azerbaijanis went missing then, of whom 3171 were military personnel and 719 civilians, and their fate remains unknown. Note that they went missing in the territory of their homeland, which was occupied by Armenia, starting from the late 1980s, in gross violation of international law. Despite Azerbaijan’s numerous appeals, Armenia still refuses to provide information about the fate of these people. Undeniable facts and records suggest that most of them have been killed or died of torture and disease.

The Armenian side is trying to cover up its crimes against peace and humanity, its war crimes, and refusing to cooperate with humanitarian organizations. But the US maintains silence on the matter. And yet the Americans were very active in the investigation of the genocide in Bosnia and Herzegovina, even sponsoring the search for missing persons and mass burial sites. Why then is the fate of four thousands of our fellow citizens of no concern to the United States? Do US diplomats raise these issues with Armenia? Does Congress adopt relevant resolutions? The answer is self-evident.

It is no secret that the United States pays a lot of attention to missile defense and the use of ballistic missiles. But has anyone seen any statements made by American politicians regarding the Armenian missile attacks on Azerbaijani cities? During the 44-day war, Armenian armed forces fired tactical ballistic missiles at peaceful Azerbaijani cities and towns. For example, the second biggest city of Azerbaijan, Ganja, located far away from the theater of military operations, was repeatedly targeted by Armenian missiles. On October 4, 8, 11 and 17, 2020, ballistic missiles and rocket artillery were used by the Armenian armed forces to shell residential areas of this city. As a result of these strikes, 26 people were killed, 175 were wounded and considerable damage was caused to civilian infrastructure and motor vehicles. Armenia shelled Mingachevir, Khizi and Absheron, Beylagan and Tartar, the town of Goradiz in Fizuli District, Barda, Aghjabadi, and other settlements. The Armenian military forces used Elbrus and Iskander operational-tactical complexes, long-range Smerch multiple rocket launcher systems against the densely populated residential areas of Azerbaijani cities. 93 civilians, including 12 children and 27 women were killed in Armenian military aggression against Azerbaijani civilians during the Second Karabakh War. 454 civilians were wounded. Damage was inflicted on a total of almost 12,500 dwellings and commercial properties, 288 vehicles and 1,018 farms.

The military of any country, let alone the United States, are well aware of the decision-making process involved in the use of ballistic missiles. An order to launch a missile strike cannot be given by a lieutenant or a warrant officer. This kind of weapons of mass destruction can be used only on direct orders of the military and political leadership of the warring country. This means that the Prime Minister, the Defense Minister, and the Chief of Staff of the Armenian Armed Forces are directly responsible for the ballistic missile strikes on Azerbaijani cities. But do US diplomats raise these issues with Armenia? Have there been calls at the Capitol or the White House to punish those responsible for the mass killings of Azerbaijanis? The answer to these questions is, sadly, obvious as well.