Washington is vigilantly monitoring everything that is happening in the South Caucasus after the 44-day war - and this is just one conclusion from the conversation between US Secretary of State Anthony Blinken and Azerbaijani President Ilham Aliyev. 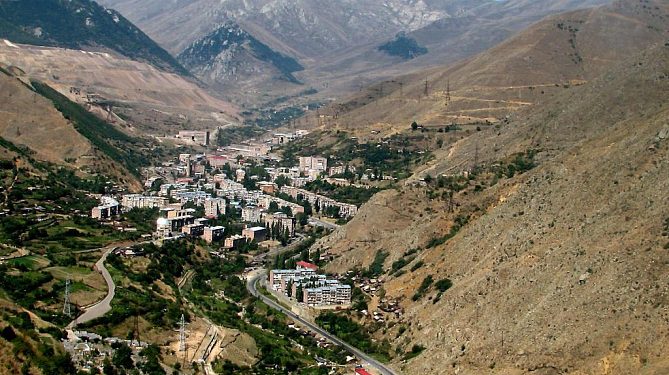 Blinken called himself, which means the State Department is actively interested in the region with an eye to the near future. Therefore, tangible changes are expected on the geopolitical map of the region. But do they suit Baku?

The White House, as you know, does nothing for nothing, and recent events in Eurasia, in particular in the South Caucasus, have clearly spurred it to reformat its interests in the region. This is especially noticeable against the background of Trump’s previous rather sluggish policy in this part of the world. And the stimulating factor for the Biden cabinet is, first of all, Azerbaijan’s victorious war, which launched the reformatting of the region, and secondly, Russia’s military actions in Ukraine, which clearly weakened Moscow’s levers of influence in the South Caucasus. And Washington is clearly not averse to taking up these levers.

However, our country is always for any cooperation, and as for the independence of foreign policy, Azerbaijan is the undisputed leader of the region here. That is why Baku and Washington have a separate history of cooperation, and if Yerevan simply has the largest number of representatives of American special services, then Azerbaijan is a real strategic partner of the West on energy security issues. And this moment, by the way, was noted with satisfaction by the state secretary in a conversation with the Azerbaijani president. In particular, he noted the importance of the Memorandum of Understanding in the energy sector signed recently between Azerbaijan and the European Commission.

And that’s what’s on the surface. Furthermore, Azerbaijan is an irreplaceable transit country at the crossroads of Europe, Asia, and the Middle East, a political partner of such important Western countries as Türkiye and Israel, while also neighbouring and cooperating well with Iran, which is so troublesome for Washington… In general, Azerbaijan has many geopolitical advantages. That is why the United States is showing increasing interest in our country, and it was clear from Blinken’s previous telephone conversation with Aliyev in May this year that relations between Baku and Washington are undergoing some kind of evolution. At least on the track of preparing a peace treaty between Armenia and Azerbaijan.

At the same time, if earlier the US secretary of state expressed support for the negotiations between Azerbaijan and Armenia, preparing the ground for the conclusion of a peace agreement, now he expressed approval of the direct dialogue between the foreign ministers of the two countries in Tbilisi. As noted in the press release of the State Department, “the Secretary of State and President Aliyev discussed the historic opportunity of Azerbaijan and Armenia to achieve peace in the region”. Considering that Washington has identified the possibility of peace between Azerbaijan and Armenia as “historical”, it can be argued that the US interests are particularly focused on the South Caucasus region.

Unfortunately, Yerevan imitates negotiations. And since Blinken also called Pashinyan to discuss a peace treaty, it was important for Baku to convey Yerevan’s unconstructive position to Washington. Since it was clear that Blinken would receive his portion of disinformation in a conversation with Pashinyan by default. In this context, Ilham Aliyev made it clear to the American secretary of state that Baku regards the meeting of the Azerbaijani and Armenian foreign ministers in Tbilisi as the first step towards a peace treaty. The head of state assured, in particular, that Azerbaijan is ready for negotiations, has formed the composition of its commission to prepare a key document and expects similar actions from Armenia.

But so far there has been no tangible progress in Yerevan. Maybe the mood of the holiday season affects the activity of [Prime Minister Nikol] Pashinyan’s cabinet, but Baku intends to act without postponing anything for later. In this case, time really does not wait, and in Washington, I want to believe, they understand this perfectly.

It is obvious here that Yerevan, dreaming of revenge, is actively taking negotiations to another area, declaring, for example, the release of “Armenian prisoners of war”, who are actually ordinary militants who tried to destabilise the situation in Karabakh after the 44-day war. Or those who committed crimes against Azerbaijani citizens during the First Karabakh War. And if we polemise on this topic, then Azerbaijan has much more claims against Armenia on this score, so there is no need to cast a shadow on the fence here.

Therefore, the head of state, in the conversation with the secretary of state, stressed that after the first Armenian-Azerbaijani war, more than 3,890 Azerbaijanis are considered missing, and drew attention to the fact that, despite repeated appeals to Armenia, data on their whereabouts or burial has not yet been provided. The president also stressed that Armenia carried out massive mining of Azerbaijani territories liberated from occupation, and after the end of the war, more than 240 of our citizens died or became disabled as a result of mine explosions. For some reason, Yerevan prefers not to remember these facts.

However, the White House’s interest in unblocking regional communications is obvious, and Armenia is delaying the solution to this issue. At least such a conclusion about the intentions of the White House can be made based on the analysis of the previous conversation between Blinken and Aliyev. And if on May 11, Aliyev spoke about the importance of opening transport and communication lines, then in the last conversation Blinken himself pointed to the readiness of the United States to promote “the opening of transport links and communications between Armenia and Azerbaijan and the provision of technical support in this area”. This is a very significant moment, indicating that Washington, apparently, is seriously going to lobby on this topic.

However, it was not without political insinuations. Thus, in a press release following a telephone conversation between Ilham Aliyev and Anthony Blinken on the State Department website, it was noted that during the conversation, among other issues, the topic of the Armenian-Azerbaijani peace talks within the OSCE Minsk Group was discussed. However, Baku is confident – and everyone’s memory is fine here – the conversation between Blinken and Aliyev did not touch on the topic of the Minsk Group as an obsolete diplomatic tool, as Baku and Russian Foreign Minister Lavrov have repeatedly stated. And such an oversight of the State Department, a diplomatic incident, can only be explained by the White House’s efforts to somehow reduce the hysteria of Yerevan, day and night broadcasting about the resuscitation of the work of the ever-memorable group, grasping at this already outdated negotiating element as the last saving straw. But it’s time to finally see the light, face the truth and not clog up the negotiation space with empty conversations. In this sense, Baku’s position is extremely simple and clear: Azerbaijan is fully ready to conclude a peace treaty and launch transport communications in the region and is waiting for the response of the other side. And where is Armenia? 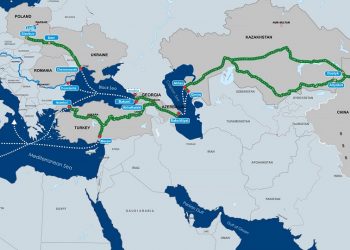