What bases? Russia does not have an ocean-going fleet

"The presence of the Russian military in the Republic of Nicaragua is possible for the exchange of experience, exercises and joint fight against crime, it is not against the law," said the Russian ambassador to Nicaragua, Honduras and El Salvador Alexander Khokholikov. 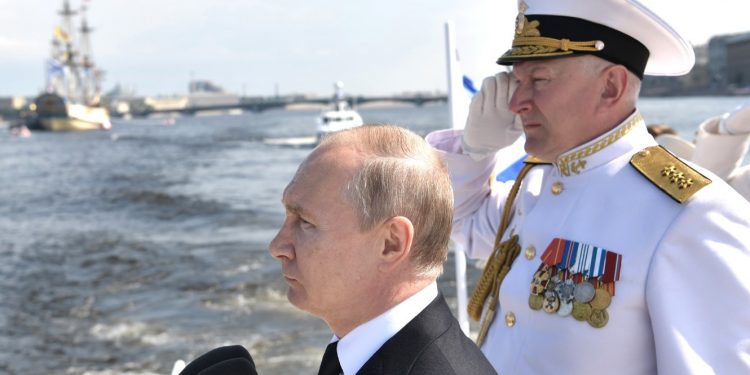 Moscow is deliberately stirring up international interest in its plans in Latin America. First Russian Deputy Foreign Minister Sergei Ryabkov admitted that the deployment of missiles in Cuba or Venezuela was possible, hinting that the decision would be contingent on how the collective West responds to Russia’s “NATO ultimatum”.

A little later, in an interview with several media outlets, Deputy Chairman of the Security Council Dmitry Medvedev dismissed this possibility, stressing that even discussing such a step could provoke international tensions. And in mid-January, Vladimir Putin held talks with Nicaraguan leader Daniel Ortega. Both sides then stressed “the importance of continuing close coordination in the international arena within the context of the Russian-Nicaraguan strategic partnership”.

And the Internet was flooded with “leaks” and “insider information” that Moscow was already in talks with Venezuela, Cuba and Nicaragua on the possibility of these countries joining the CSTO. In short, a publicity campaign was launched to show the uninitiated reader how far Moscow is willing to go in its confrontation with the West over the NATO and Ukrainian advance—all the way to the shores of Latin America. “You admit Kyiv into the fold of the North Atlantic Alliance and set up bases near Kharkiv—we respond with missiles from Cuba.”

The study of any threat should begin with answering the following questions: How feasible is it? Does it warrant a response? Would the response cost more than ignoring the threat? The Americans thought about it, weighed it all up, and decided to ignore it.

First of all, to make any serious moves in Latin America, Russia needs a full-fledged ocean-going fleet, which it does not have. Even if we take a very optimistic view of the Russian naval building program, no such fleet will come into being in the near future. And without it, any talk of military bases and their security, as well as their supply with all the essentials to maintain combat readiness, is simply ridiculous.

Notably, any real proposition to deploy Russian military bases in Venezuela, Cuba, and Nicaragua would be rebuffed by the local elites, no matter how hard they may try to assure the world and Moscow of their anti-American sentiments. Of course, they are very fond of Russian charitable aid and arms deliveries for a token fee. Still, they prefer giving prime cuts of their business to American and Chinese companies—this is the status quo, one that is quite comfortable for the local elites.

And the local elites have absolutely no desire to step out of their comfort zone. It is one thing to threaten America at rallies and show off to domestic audiences, but it is quite another thing to be subjected to all-out sanctions and harsh US response for quite concrete actions. Incidentally, in this case, substantial Chinese investment would also suffer, which would greatly displease Beijing.

Besides, no one can guarantee that the pendulum, now at the “friendship with Russia” mark, will not swing in the opposite direction when leadership changes in these countries. After all, all of Latin America’s recent history has been an alternation of pro-Washington and anti-Washington regimes. If Ortega, Maduro, and Diaz-Canel leave, there is no guarantee that their successors will not show Moscow the door.

This is why Russia’s Latin American course sounds nice but does not look real. Washington does not intend to watch this dance either, much less treat statements of this kind as a real threat.