Ilham Aliyev announces a new phase in relations with Europe 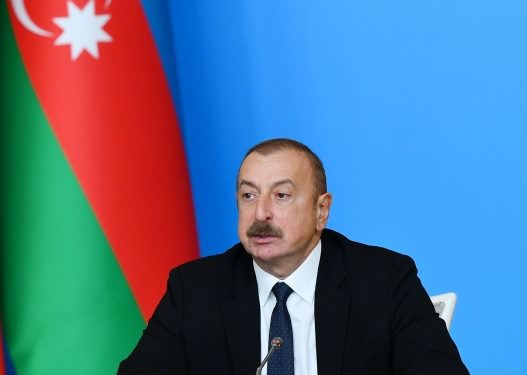 Indeed, within a short period of time, an expensive pipe was built that has already delivered about 9 billion cubic meters of gas to European consumers in just thirteen months of operation. It is noteworthy that a little over a year has become a period of fundamental testing of both the three-segment pipeline itself and Azerbaijan’s reliability as a gas supplier.

At the time, Europe was experiencing an acute shortage of gas and the swap price of natural gas on stock exchanges at times exceeded $2,000 per 1,000 cubic meters, while Azerbaijani gas was supplied to Europe without interruptions and at prices several times lower than the European average.

The question of why the political leadership of the European Union did not turn to Azerbaijan until Europe was hit with an acute energy crisis caused by the situation around Ukraine is far from rhetorical.

In the past, many reputable foreign experts were skeptical about Azerbaijan’s oil resources, as well as about our country’s ability to transport fuels to world markets. And although Azerbaijan completely disproved predictions of skeptics and earned in the 21st century a reputation of one of the most reliable and responsible hydrocarbon exporters, the same “experts”, guided by entirely non-economic reasons, tried until recently to belittle the importance of Azerbaijani gas for Europe and prove that the SGC project was virtually meaningless, while nearly 40 billion dollars had been invested in its implementation.

Kadri Simson, European Commissioner for Energy, had a good response for these skeptics at the Advisory Board meeting. She thanked Azerbaijan for the efforts in ramping up gas supplies to the EU via the Southern Gas Corridor and explicitly said that Azerbaijan had proven to be a reliable and great business partner.

Reiterating the strategic importance of the SGC for the EU’s energy diversification policy and security of supply, the commissioner called the SGC “a continuing success story”.

Kadri Simson was not alone in her assessment. The United States is also satisfied with Azerbaijan’s energy supplies to world markets.

In particular, Amos Hochstein, Senior Advisor for Global Energy Security at the US Department of State, emphasized at the plenary session the importance of the Southern Gas Corridor for the development of the gas market. The chief expert of the US State Department appreciated Azerbaijan’s significant contributions to European energy diversification through the Southern Gas Corridor. According to him, the importance of this corridor is better understood today.

“This is an important project not only for reliable gas supply in Europe, but also for the development of the gas market,” Amos Hochstein said.

So, the Southern Gas Corridor project has been completed, and Europe has been getting a steady supply of Azerbaijani gas for over a year now. It would seem that Azerbaijan has fully accomplished its mission.

But then why did so many high-ranking officials from Europe, including two EU Commissioners, come to Baku this time?

The answer is simple: they are all expecting either new gas supplies or an expansion of existing supplies. Europe needs Azerbaijani gas—as soon as possible and as much of it as possible.

Here is where we go back to Ilham Aliyev’s phrase: “The Southern Gas Corridor is completed, but our work continues.” We have already covered the meaning of the first part of this phrase. The second part means that Azerbaijan is practically willing to increase the volume and expand the geography of supplies.

A new phase of our relations with Europe begins now. As for who needs it more and whether Azerbaijan has enough gas to meet the needs of the Old World, we will talk about it later.