A case filed by Armenia against Azerbaijan in the International Court of Justice could have significant implications for the conflict. And it carries risks for both Armenia and Azerbaijan. 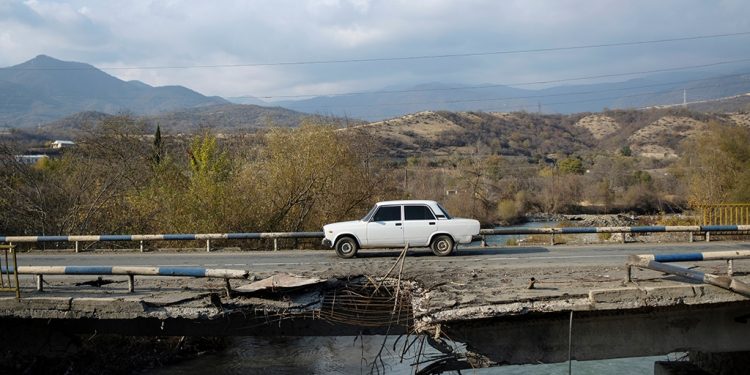 On September 16, Armenia submitted a complaint to the International Court of Justice (ICJ) against Azerbaijan, alleging ethnic discrimination of Armenians in breach of Azerbaijan’s obligations under the International Convention on the Elimination of All Forms of Racial Discrimination (CERD). Armenia alleges that Azerbaijan discriminated and persecuted Armenians through a variety of methods including hate speech, atrocities that are condoned and rewarded, a policy of ethnic cleansing, and the destruction of their cultural heritage.

This was met with skepticism, and even dismissal, from many commentators, who seemed to see it either as a PR stunt on Armenia’s part or simply an act of spite, an underestimation of the move perhaps grounded in the bitterness that continues to fester following last year’s war. That narrative was only strengthened when Azerbaijan responded that it would file a mirror complaint, with similar allegations, to the same court.

More cautious voices suggested that it may be a tactic aimed at securing provisional measures to protect Armenia’s service members who remain detained in Azerbaijan. The CERD is one of the few treaties to which Armenia and Azerbaijan are both parties, and that also offers the possibility of judicial arbitration and application of provisional measures in certain cases.

Indeed, Armenia’s application does request measures to protect and release the prisoners. But the likelihood of the court approving such measures is low, given the specific obligations laid out in the CERD, and Armenia’s lawyers are no doubt aware of that.

The implications of Armenia’s complaint can in fact become far more wide-reaching and could have implications for the long-term political resolution of the conflict.

The fundamental disagreement between the two sides is that Azerbaijan considers the conflict effectively resolved as a result of last year’s war, and that it has reestablished sovereignty over all of its internationally recognized territory. Armenia, meanwhile, views the status of Nagorno-Karabakh as unresolved and the subject of diplomatic negotiations to come. It is this issue that Armenia seeks to target – albeit indirectly – in its complaint to the ICJ.

How would an alleged ethnic discrimination by Azerbaijan against Armenians be related to the status of Karabakh? At issue is the principle of “responsibility to protect,” or R2P. According to this principle, spearheaded by former United Nations Secretary-General Kofi Annan, the international community is obliged to intervene in cases of grave human rights violations on a massive scale. While the principle is not yet formally part of international law, it has gained popularity among some international lawyers and human rights activists.

In its own turn, R2P policy is often connected to the notion of “remedial secession” – the theoretical justification for the secession of a minority population from a state in the case that it faces total annihilation if it remains within that state’s borders.

These policies and theories, while not formally part of international law, are gaining support. The case of Kosovo, which broke away from Serbia and is now partially recognized as an independent state, is the most prominent example of a secession justified by this line of thinking.

If the ICJ were to side with Armenia in this case, it would lend credibility to the political claims that the status of the territory should be reconsidered by the international community. That would be a blow to the legal position of Azerbaijan, even if it doesn’t produce direct legal consequences.

Azerbaijan’s mirror complaint, even if also approved by the court, would not produce the same effect as there is no longer an Azerbaijani minority compactly settled in Armenia.

This would create an asymmetric effect wherein twin cases are considered by international arbitration, and both won by the applicants, but the results of which in effect favor only one of the sides. This has already happened before: in the case Chiragov v. Armenia, previously the most significant case related to the conflict in international law. In that 2015 judgment, the European Court of Human Rights ruled that Armenia exercised “effective control” over the territory of the conflict and had a military presence there (so-called “boots on the ground”), thus indirectly confirming it as an occupying state. Armenia won its mirror case, Sargsyan v. Azerbaijan, as the European Court found that Azerbaijan had violated inter alia Sargsyan’s property rights. But because Sargsyan lived in Azerbaijan’s internationally recognized territory, it did not have the same implications vis-à-vis occupation.

Azerbaijan could nevertheless still come out the winner in this case. It will be difficult to prove state discrimination against Armenians when Azerbaijan did not exercise effective control over the territory of Karabakh and thus had no jurisdiction over Armenians. Moreover, Armenia would have to prove that the rhetoric of Azerbaijan directed at Armenia and Armenians living outside Azerbaijan has a direct effect on the Armenian community living inside Azerbaijan but outside the territory of the conflict. Furthermore, basing its case on the fact that Azerbaijan by default practice bars (with some rare exceptions) ethnic Armenians from entering the country may be difficult legally, as generally international law gives wide authority to states to decide whom to allow inside their borders. Importantly, an Armenian defeat in the ICJ would further solidify Azerbaijan’s legal case on the conflict in the international  community.

Nonetheless, Armenia’s legal challenge should also be seen in a positive context, as it offers cautious hope that the road to ending this conflict will go through the courtroom and not through the battlefield.

Kamal Makili-Aliyev is an associate professor of international law and human rights at Malmö University in Sweden. He is an author of “Contested Territories and International Law: A Comparative Study of the Nagorno-Karabakh Conflict and the Aland Islands Precedent” (Routledge, 2020).