Zahid Oruj: President resists, anti-Azerbaijan resolutions will be passed in Europe in the coming days

For more than a year France has been trying to bring in foreign observers to Armenia's as yet unmarked border with Azerbaijan, exerting all sorts of pressure on our state. 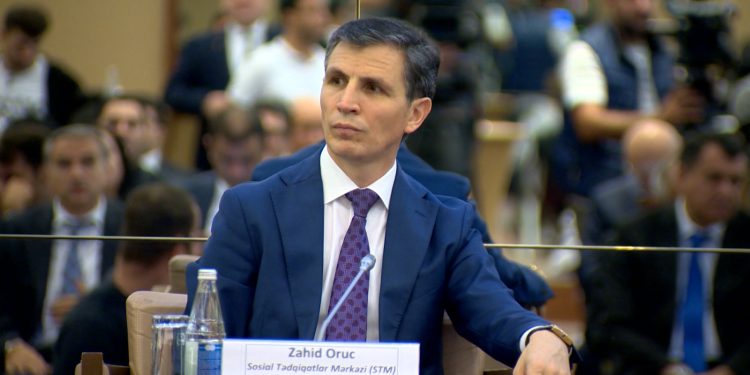 France’s decision to send a civilian mission only to Armenia at the most recent Prague meeting showed Ilham Aliyev’s staunch defense of Azerbaijan’s military victory in the trenches of international diplomacy, MP Zahid Oruj said at today’s meeting of the Milli Majlis.

“Why are European inspectors coming to the region? Because the sudden outbreak of the Patriotic War delivered a blow to the years-long economic and political influence of the West and France in particular in the region. And the forces that were unable to bring their army into the region on November 10, 2020, now want to do so under a different pretext. The legitimate objection of our state to the insidious plan has to do with the danger of a second front opening against Azerbaijan, turning the border into a flashpoint. That is why President Ilham Aliyev disrupts Emmanuel Macron’s game,” the MP said.

According to him, in the coming days the parliaments of France and other European countries will adopt anti-Azerbaijan resolutions and decisions, and the reason is our country’s resistance to the arrival of a Western military contingent in the region.