Thoughts on classical music and art music in general

What we do and should call classical music and what "classical" means in general are the topics that came up in my conversations with friends and acquaintances at least twice in the past few months. 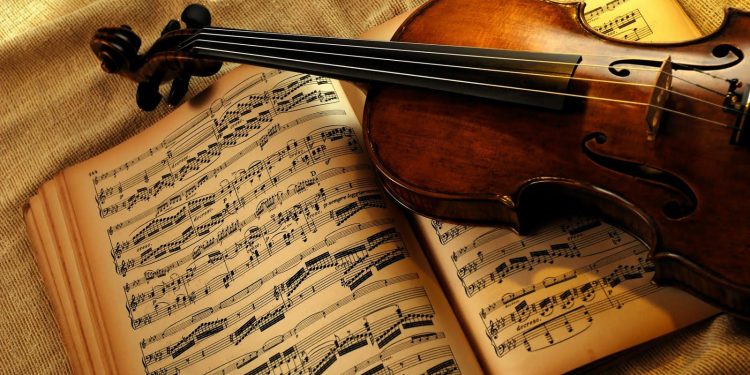 It is strange that when the economic situation in the country was better, people were not concerned so much about these things. However, this is something well-to-do people from rich countries usually discuss.

I decided to write down the thoughts I had during those conversations, both for myself and for others. Talking is one thing—not only are your words not necessarily well organized, but even your thoughts might not be, and writing is quite another, as you can be more coherent and consistent in your approach then.

The term “classical music” is used to refer to music that originated in Europe in the seventeenth and nineteenth centuries, that is, music written in the footsteps of European musicians and theorists and (/or) performed on instruments created by the scientists of that time.

One of the characteristics that distinguish it from other genres is that classical music must first of all have a precise notation. That is, performances of the same piece by two different musicians or groups of musicians should not be different in terms of notes. The principle of evaluating performers is also determined by this aspect: the notes sounded the same, so let’s see who plays how. In the meantime, to play classical music, you have to spend years getting music education. Thus, professionalism is a prerequisite in classical music.

“Classical music” is also always written according to certain musical principles and complex rules. The “development of musical thought” is usually taken as one of the main principles. In contrast with the song genre, while it takes one or a few simple melodies or musical phrases to compose a song, in a piece of classical music, a musical idea (melody, phrase, chord, etc.) should be developed throughout the work, that is, the piece must have a certain musical plot. For example, drawing parallels with literature, we can find similarities between novel and symphony as forms.

The word itself is a derivative of the Latin word “classicus” and means “exemplary”.

This is what used to bother me a lot. Like all zealous teenagers and young people of the Old East, I would wonder why it was European music that gets to be called “classical” and set an example for others.

But as I grew older and more knowledgeable, I realized that history had not been unfair here. Indeed, musical pursuits in Europe at that time were incredibly advanced compared to the rest of the world. Here are a few examples. Take our musical instrument known as qanun. Similarly designed instruments have existed since ancient times, not only in the east and west, but also in the south and north. However, since the European Renaissance, they have been able to add certain mechanisms (keys, hammers, etc.) to this instrument, changing its shape and perfecting it, turning it in the 18th century into an instrument we now know as piano. Incredible as it may sound, piano really is an improved version of qanun. This was the time in Europe when everyone began applying various mechanisms to their respective fields of work: carpenters to door bolts, coachmen to carriage wheels, tailors to needles and threads… Musicians and musicologists too turned simple pipes and whistles into elaborate flutes, clarinets, and oboes.

Another example is how much more complicated the process of writing and performing a piece of music became. As we know, music is used in ceremonies of almost all religions. But the music used in weekly, monthly, and annual rituals in German churches in the first half of the eighteenth century already had such a complex structure that we now consider J.S. Bach, one of those pursuing this line of work in a small town, to be one of the unrivaled composers when it comes to artistic merits of music and the performance technique it requires.

For example, this piece is a small fragment of the 2-hour long oratorio composed by Bach in 1727 for the annual service in the main church of Leipzig. At that time, church ceremonies in almost every city in Western Europe used music with this kind of complex structure:

There is also an important issue that needs to be clarified here. Not all music performed or written in Western Europe at that time can be classified as “classical music”. The music we now call “classical” and recognize as a genre was being created at that time mainly for the needs of the upper classes, aristocracy and monarchs, and some of it was performed in city churches.

The thing is, people from the upper classes were normally tutored by best teachers from childhood, becoming highly proficient by adulthood in nearly everything from mathematics, Latin and law, to horseback riding, gun control, painting, music and so on. Some of them (even kings, like Frederick the Great, who laid the foundations of modern Germany—music students of our time are still taught his compositions for flute and orchestra) played music at a professional level their whole life, while some, despite their talents and abilities, wrote under the pseudonym, out of modesty or not wanting to be recognized as musicians (such as the Venetian aristocrat A. Marcello and others).

When Mozart performed his work with the orchestra, almost all the audience in a concert hall was made up of people who knew precisely what was going on in the music they were listening to. Meanwhile, the “concert hall” was in fact one of the parlors in a nobleman’s estate, and the guests of that nobleman were the “audience”. There were no simple processes happening in that music. The increasingly refined tastes and expanding knowledge of the aristocrats required composers to come up with new creative methods and previously unheard aesthetic solutions. Evaluation was not just a matter of words or applause, the system was such that the finances of the upper classes were in direct proportion to their tastes and knowledge, as has always been the case in properly developing societies.

From this point of view, music of the lower and upper classes was incomparably different in terms of both artistic and aesthetic aspect, and structural complexity. The lower classes danced in cafes and pubs to songs consisting of simple musical phrases played by groups of 2-3 musicians, while the upper classes sat in concert halls, enjoying deep, meaningful and complex pieces performed by orchestras of 50-60 musicians, each of whom had sheet music specifically for their section in front of them. Just as those well-versed in architecture or fine arts today admire grandeur, subtlety, and profound meaning of a gem of architectural design or a great painting of that time, people with a certain level of musical knowledge experience aesthetic pleasure listening to great pieces of classical music.

Although European classical music was far ahead in many important respects, the interaction of cultures in a globalizing world revealed the existence of scientific and professional approaches to music in other parts of the world as well. Besides, the ethical and moral values ​​enshrined in the West in the twentieth century did not allow Europe to present itself as the only and absolute example. As a result, starting from the 20th century, the term “European (or Western) classical music” was gradually replacing the term “classical music”. Classical music of the rest of the world includes, for example, Indian raga, Arab makam, mugham or dastgah in Azerbaijan and Iran, as well as Turkish sanat musikisi (art music) and others. These genres carry the same function as European classical music in their respective geographies—that of entertaining aficionados and connoisseurs, not the general public; mastering the techniques required to perform this music also took years and years of training; the criteria of their evaluation are based on numerous rules and regulations, etc.

Another term for classical genres, “art music”, has been widely used in musicology lately, and I for one support this nomenclature. Music as the main means of conveying the idea to the audience is taken as the main criterion in art music. That is, this music should not be written to be subordinated to another medium of art, such as cinema, performance, dance, or in many cases even text. The plot, the protagonist, and the dramaturgy—it all must be created by using the art of music, that is, music must consist only of music. Even if other means are used, they should serve the dramaturgy of music. In this regard, the “classical” music of European and many other cultures meets these requirements.

However, the term “classical”, which means “exemplary”, sometimes also refers to film scores, pop, jazz and rock music that rightly left a great impression and a lasting mark on world culture. In other words, both E. Morricone and The Beatles are considered classics like Beethoven. But while most of Beethoven’s work meets the criteria of art music, much of Morricone’s and The Beatles’ music is not just about creating a musical event, but about other means as well: cinema, text, or dance.

Meanwhile, the process of listening to and evaluating art music is as difficult as composing and performing it. The initial difficulty stems from the nature of music itself, which, unlike other forms of art, does not have a material form. Music is invisible, intangible, it cannot be read as text; one of the main means of its measurement is time. During this time, especially with art music, the listener needs maximum inward-directed focus, a well-developed imagination for figurative perception, and a wide intellectual background for general evaluation. For this reason, just as it is the case with other things of value, the audience of art music has always constituted a quantitative minority. 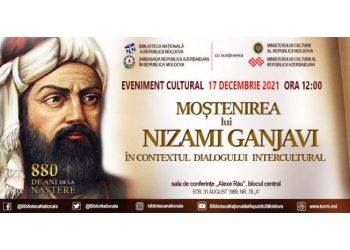