Azerbaijan is a secular state with a Shia Muslim majority. The nation serves as an example of efforts by a Shia Muslim state to engage its many diverse cultures in society. Professor Rovshan Ibrahimov, with Hankuk University of Foreign Studies (South Korea), has insights regarding Azerbaijan’s interregional influence, based on Azerbaijan’s overlooked diplomatic values. 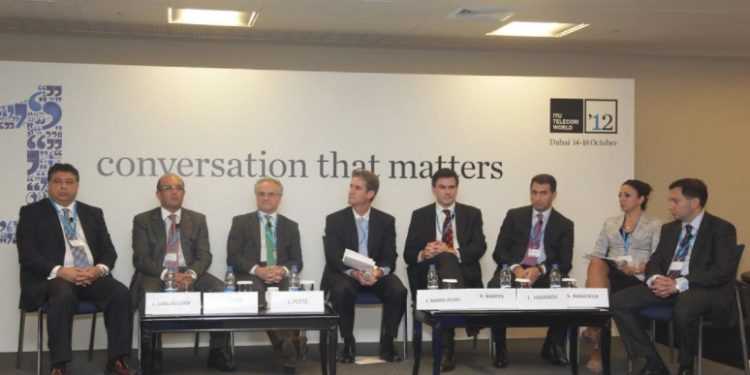 Azerbaijan “Black Gold to Human Gold” conference. Post-Karabakh conflict, Azerbaijan has diplomatic perspectives and values that could assist western diplomatic goals inter-regionally in the Islamic-majority states of the Gulf and Africa.

“We shouldn’t forget about Azerbaijan’s meetings in Baku as a NATO platform.

Returning to the Wagner vs. West Discourse

Republic Underground opens the floor to interactive social discourse regarding the presence of Western and pro-NATO diplomacy versus the presence of Russian PMC forces and Russian solutions in Africa.

In our prediscursive argument, we supposed that an empowered Africa is the solution to a potential Russia vs. West proxy conflict in the region. We learned from Ogwe’s perspective that some citizens of Africa are more welcoming of Russian interventionism because it is resource-motivated than the history of flawed western interventionism. We learned from Chouet that Russia politically views the African continent as a theater of proxy conflict with NATO. Russia does not have any direct political interest in Africa itself based on Chouet’s assessment.

Africa is a region that is developing under the directive recourse of an Islamic-influenced post-western collective thought. For this reason, Islamic thought cannot be excluded from diplomacy moving forward. Under-discussed in the west is the presence of Islamic diplomacy in the politics of North Africa and the Gulf.

Through the western viewpoint, Islamic politics are viewed through the lens of Islamist totalitarianism such as controls the Islamic Republic of Iran, which is a Shia apartheid regime in which Shia Islam has been unified with the state code. For this reason, the West often disregards in its public conversation the diplomatic values of Islamic majority nations, especially those that are attempting secular reform and separation of religion from state. The American President Joe Biden saw his viewpoints of Egypt’s dictator President al-Sisi shattered during the Israel-Hamas conflict because it was al-Sisi who, despite his reputation, brokered a ceasefire in that recent conflict.

As actors of diplomacy, the West often looks to Turkey, not because it is a Sunni Islamic nation that can communicate the nuances of Islamic diplomacy, but because it is a NATO member. This status as a NATO member often has the more conservative branches of the Americas looking to Turkey as a buffer of the Islamic Regime in Iran, and its potential bleed over into the surrounding regions. Political analyst Dr. Jonathan Spyer, in an interview with Republic Underground, refuted this viewpoint, stating that Turkey is unlikely to act in this capacity because this is contrary to Turkey’s political agendas.

Turkey finds itself likewise disregarded in social liberal discussions of the Americas as ineffective in de-escalation of Muslim Brotherhood-associated militia activity or Islamist terror proxy groups because of the leadership of Turkish President Recep Erdogan. Erdogan is largely regarded as an Ottoman apologist who has been criticized for his vitriol during the Israel-Hamas conflict as “antisemitic” and “a dictator.”

While these arguments have valid points, the non-start perspective of perceived western biases toward the secular Islamic and post-Soviet world limits trilateral mediation efforts.

Argument: Due to “Post-Westernism” the presence of secular Islamic majority states is becoming more important to counter-Russian “interventionist” solutions

In the age of western disengagement from foreign theaters where it once had a heavy presence, there have been worries of power vacuums. This was highlighted by discussions of the political status of post-American defense Afghanistan. To keep Africa from diverging completely from the path of democracy, our previous guest Armand Chouet argued that there must be a pro-western presence to counter Russia’s resource-securing “dictator umbrella” in the region.

Western, or at least pro-democratic counterbalance to Russia’s “umbrella” may be secured indirectly. As Islamic-majority nations emerge from the era of the Arab Spring with designs on developing secular societies and political separation from traditional Islam, their voices at the diplomatic table are liberated.

In the unique case of Azerbaijan, one sees a nation that is both pro-secularism in its society, a nation with an in-depth understanding of Russia’s tactics as a former member of the Soviet Union, and a “brother state” of Turkey.

Other foreign relations assets of Azerbaijan

“Because Azerbaijan has a very rich experience with internally displaced people, and how to deal with them,” said Ibrahimov.

He was referring to the national crisis in Azerbaijan following the events of the First Karabakh War of 1988-1994.

Azerbaijan’s experience in refugee crises makes it a ready player for cooperation in the Syria crisis, despite the negative press Azerbaijani cooperation with Syria has drawn in the past.

Bayram Balci, a former research fellow with Carnegie Endowment, noted that, while not a direct neighbor of Syria, Azerbaijan is indirectly affected by the crisis within the nation. Balci argued that Azerbaijan had a uniquely relevant perspective of the conflict in Syria with the mix of Islamic influences in its society. However, Balci’s argument viewed Azerbaijan from the more negative aspects of its unique perspective on the regional crisis.

His article draws comparisons between Aliyev’s autocratic policies and al-Assad’s regime. It also drew some examples of issues within the Shia community, that, at the time Balci’s article was written in 2013, saw Azerbaijani reaction to the uprising of the Muslim Brotherhood, which reached its boiling point in 2011.

If one returns to the Republic Underground discussion with Dr. Johanthan Spyer, one sees that, in the years since Balci’s article was written, the influence of political Islam has shifted and changed under new leadership across the Muslim world. Likewise, the public reception toward Aliyev in Azerbaijan expects and demands post-war processes that will not empower Russian interventionism or prolong the presence of Russian peacekeeping forces in the post-Second Karabakh War environment.

Discursive Points To Consider: Democracy and Diplomacy in Azerbaijan As A “Post-western” Solution in Islamic Africa

Azerbaijan, with its major trade influence in the oil industry, has shown its national relation to the Syrian crisis. During the Armenian occupation of the Karabakh territory, Balci also noted that Azerbaijan held personal stakes in that conflict because Armenia was allowing Syrian refugees to take up residence in the Armenian force-controlled Karabakh. Now, as Karabakh has passed from de facto to de jure control, Azerbaijan’s post-war production status is changing.

If one returns to Tom Ogwe’s argument from a recent Republic Underground discourse, one may suppose that Africa’s willingness to cooperate with the west directly in terms of security and defense agendas has become somewhat limited.

In this case, the west could influence where its expertise is permitted the pro-democratic process among the secular Islamic states.

In this case, the Islamic majority states can work together in the Islamic-majority states of North Africa, the Gulf, the Turkic bloc, and other Africa’s Muslim revival-driven nations toward a diplomatic process that counter-extremism at the ideological root.

By understanding Muslim tradition and culture intimately, pro-democratic Islamic states have a better chance of diplomatic cooperation with Africa’s Islamic-majority states toward establishing democratic processes that can adapt to the social realities of Islamic-majority states. These nations can speak to the traditional Muslim in a way the west cannot, and provide public solutions that divert the citizen Muslim from participatory consumption of extremist messages.

The west’s solution would then be to influence trilateral diplomacy and mediation efforts between the secular Islamic states such as Azerbaijan and African nations. Organizations for this purpose have been utilized in the past, such as the OSCE Minsk Group for the Karabakh conflict. Yet, these organizations have failed to reap full benefits of the presence of the pro-secular Islamic states in their membership, such as the negative response western press and politics took toward Turkey’s mediation demands as a Minsk Group member during the Second Karabakh War.

A solution analogy would be for the west to form trilateral diplomatic effort groups that encouraged the democratic process in the Islamic States, as well as the Islamic States’ positive influence in Islamic-majority nations.

The Islamic world and Africa are engaging in diplomacy that Muslim traditional majority nations can relate to with something closer to universal understanding. In this scenario, the west merely acts as a conduit of communication or a mediator rather than a direct force of negotiation and a direct point of contact.

This works well, in terms of foreign influence, because it addresses underlying issues of Islamic politics that add stressors to Islamist extremist development. Combating ideology with a separation of secular and traditional Islam policy is best mediated by Islamic nations that are actively and functionally separating their society’s traditional influences from the political process. It also forms a conduit whereby Africa can work with universal cooperation that bypasses Africa’s unique political stressors of resource-driven intertribal conflict.

The example of a secular Islamic-majority nation such as Azerbaijan also opens the door to processes of functional religious freedom for Africa’s non-Islamic groups. This is because Azerbaijan has a functional, peaceful social integration of Muslims, Christians, Jews, and other religious minorities.

This solution, however, is in theory only as the west would need to change approaches of such mediative groups as the OSCE Minsk Group to engage Azerbaijan in direct foreign relations. For example, Kazakhstan argues that the OSCE Minsk should remove the Karabakh conflict from the list of “frozen conflicts” as Azerbaijan has restored territorial control in Karabakh, as reported by Trend News on July 3.

An analogy where the west shifts its role from influencer to moderator also lessens the perception of western colonization in the region. In this case, the west provides the region the resources that were conducive to western reformation by its indirect diplomatic influence.

In this way, the west provides the counter-balance to Russia’s “dictator umbrella” in Africa and other hotspots where Russia’s interventionist policies have added political stressors.