The way things are going, Europe will soon completely stop importing gas from Russia, however painful this may be for both sides. 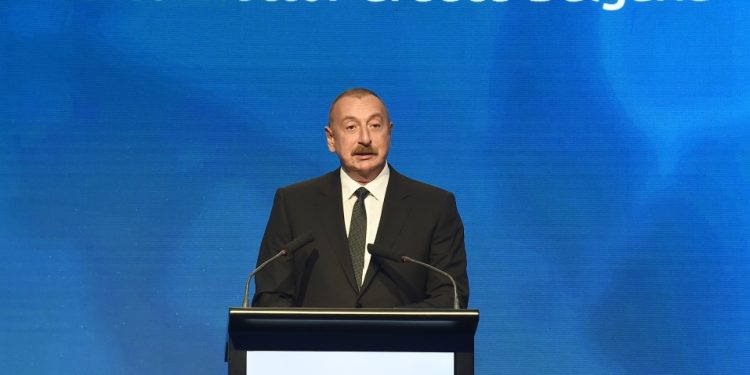 And if Russia has put all its efforts today into finding new markets for its energy resources, Europe is looking for new sources with equal vigor.

Against this background, the commissioning of the Interconnector Greece-Bulgaria (IGB), the inauguration of which will be attended by President of Azerbaijan Ilham Aliyev, is very symbolic.

Despite the many obstacles the pipeline project had to overcome, it has been executed to a high standard, and the Bulgarians, who will be getting uninterrupted supplies of Azerbaijani gas, can now face the coming winter without fear.

The same cannot be said about their Central European neighbors, who will be getting neither Russian gas anymore nor Azerbaijani gas yet.

But that is for now.

Bulgarian President Rumen Radev stated following the talks with President of Azerbaijan Ilham Aliyev that Romania, Hungary and Slovakia are interested in import and transit of Azerbaijani gas through their territory.

In this regard, it is important to note that the Bulgarian president named only those countries that had recently approached him with specific proposals. Although it has long been known that apart from the three EU Member States mentioned by Rumen Radev, Albania, Macedonia, Austria, Moldova, Ukraine, and other countries have been showing interest in importing Azerbaijani gas for years. Sadly, due to certain circumstances, they will have to wait for that import for at least several years. And the reason here is not Azerbaijan’s refusal, but Europe’s carelessness.

President Ilham Aliyev has repeatedly assured prominent European politicians and high-ranking EU officials that Azerbaijan has sufficient natural gas reserves to supply the countries of Southeastern Europe. And yet, the Europeans’ response was merely to maintain a semblance of diversification of gas supplies, eventually allowing Baku to transport only 10 billion cubic meters to the Old World, although Brussels even then expressed displeasure with Moscow, who used energy exports as leverage to influence its policies and decisions.

It was only after Russia’s invasion of Ukraine, when the ensuing Western sanctions sharply reduced the Russian natural gas supplies to the European market, that the EU realized that it had lost precious time by failing to appreciate the strategic implications of the Azerbaijani President’s proposals.

Now they have to make up for it.

In July this year, Ilham Aliyev and the President of the European Commission signed a document that envisages a new approach to cooperation in the energy sector and expansion of the capacity of the massive and complex system of the Southern Gas Corridor, which will double Azerbaijani gas supplies to Europe, but only … by 2027.

However, the Europeans do not have much choice, and an additional gas supply from the shores of the Caspian Sea to Central, Western and Southern Europe, even in five years, is still a good prospect.

Now the Europeans really are in a hurry. According to the Bulgarian president, the proposal of the three countries will be formally presented for discussion today.

“We will discuss it with the President of the European Commission and representatives of the four countries,” Rumen Radev said in his press statement. “Bulgaria is ready for this. A summit meeting can be organized within a month. This way we can move the project forward and start its implementation.”

Today, on October 1, we are witnessing the commercial launch of the Interconnector Greece-Bulgaria, a strategic project of great importance for the entire Eastern Europe, which will eventually redraw the energy map of Europe.

Amidst the energy crisis the interconnector takes on particular importance for Bulgaria, and Baku, in turn, gets an opportunity to ramp up its future gas supplies to the European market.