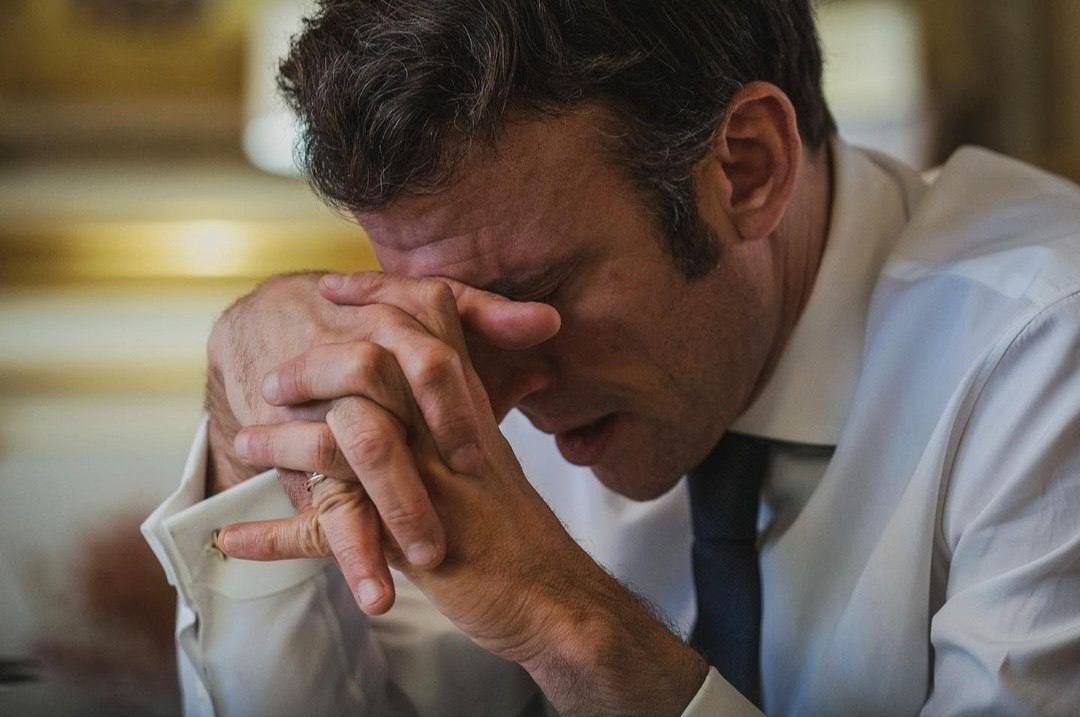 They displeased Paris with their positive and successful image, thereby getting on the bad side of the country known as the cradle of democracy. But what democracy is there to speak of if the political leadership of France is planning new crusades against countries who confidently defend their sovereignty and national interests? Paris also openly supports terrorism and obscurantism cultivated by Armenia who has unlimited support of France in its unrighteous struggle against Azerbaijan and Turkey.

Macron’s France has now chosen the path of open confrontation even with the countries of the European Union, with which it is supposed to be honest, open and willing to find common ground. It has serious disagreements with Germany, even if Berlin and Paris themselves do not exactly advertise their mutual enmity caused by the growing energy crisis.

The reason is the impending winter, which promises to be very cold because of the gas problem. Clearly, the shortage of natural gas can bring anyone to their knees, without regard to the track record, international reputation and other prestige indicators of the mighty.

It has historically been customary in the world in the time of trouble to involve in important matters people capable of using experience, knowledge, and charm to overcome difficulties. In modern terms, these people are called crisis managers. Is Emmanuel Macron one? Absolutely not.

He is more of a crisis maker, one who successfully generates misunderstandings and conflicts with the leaders of countries that he inexplicably sees as responsible for his own country’s misfortunes. For example, Macron is a hardcore Islamophobe and Turkophobe, and for this reason he dislikes Azerbaijan and Turkey. But then what caused the dramatic deterioration of relations between Paris and Rome? Or between Paris and Berlin?

Once again, it was his lack of flexibility, political tact and judgment, since he only knows how to go off half-cocked, creating insurmountable barriers in his way. Armed with anger and inability to digest someone else’s success, he acts recklessly, turning the situation upside down, incurring the well-deserved fury of all.

Berlin denied him financial support because of the challenging circumstances. It is a known fact that the Germans always have a reserve at hand, preparing the ground for contingencies. Their capacities are intended primarily for their own needs, and Germany is not obliged to take France on as a dependant or to bear the burden of its problems.

Chancellor Scholz’s rejection was the reason for the sudden chill on the German track. Instead of looking for ways to find mutually acceptable solutions, Macron immediately struck a resentful pose and never misses an opportunity to disparage his strong neighbor. Something similar happened with Rome. The transformation of Italy into a gas hub in the south of Europe has become a thorn in the side of the master of the Champs-Élysées, and he can barely hide his unjustified rage, seeing the causes of his own failures in the success of others.

Macron went to the trouble of adding to the ranks of his enemies Azerbaijan and Turkey, as the latter maneuver flexibly in the energy markets, building good relations with many countries of the Old World. The desire to stick it to the hated competitors is overwhelming, and Macron and his henchmen, for want of a more reasonable idea, declare a cold war on them. The policy of circular confrontation with several states who, incidentally, have done nothing wrong to Paris is bewildering. One gets the impression that Macron’s team is entirely consumed by negative emotions of mere mortals—anger and jealousy.

What did Baku do to displease Paris? Nothing. Then what caused the snowballing hostility? Macron was eager to mediate, carving out a place for himself within the Brussels format in the settlement of the Armenian-Azerbaijani dispute. In September, a female emissary arrived in Baku to get the consent of President Ilham Aliyev to involve Macron in the process. In the Brussels format, as we know, the process is managed by the President of the European Council Charles Michel.

The leader of Azerbaijan gave him the go ahead, and the French leader responded to the kind gesture of his Azerbaijani counterpart in a very typical way. With rank ingratitude, messing up the Brussels mediation in order to twist the situation in favor of the defeated aggressor, Armenia. The truth came out. France defended Armenia’s aggression against Azerbaijan both during the first Karabakh war, and during the Patriotic War. It generously supplied Armenians with weapons, money, built and equipped with modern technology bunkers and underground tunnels in the occupied Azerbaijani lands, causing the conservation of the occupation.

The consistent political, financial, and moral support for the aggressor has been one of the main reasons the peace process was stalled. Had it not been for Paris’s unbounded support for Yerevan, Armenia might not have been able to push back at the negotiation table. Paris continues its divisive policy even today, hindering the process of establishing a lasting peace in the Caucasus. President Ilham Aliyev, therefore, showed Macron’s hand to the international community and fully exposed his French counterpart as undermining stability and provoking a new war.

The meeting within the Brussels format scheduled for December 7 was cancelled by Ilham Aliyev, who will no longer allow Macron to poison the climate of the contact process with hatred, hostility and warmongering. If the talks collapse for good, it will be because of Macron, who stormed into the peacemaking environment in the role of an Armenophile provocateur.

In his speech at the international conference “Along the Middle Corridor: Geopolitics, Security, Economy”, President Ilham Aliyev accurately diagnosed Macron’s disease, shedding light on the position of France, who, thanks to its leader, finds itself in an alliance of destructive forces, and acts as a villain.

Historically, France has been guilty of many sins in its colonial period. It committed acts of genocide and ruthless massacres in Algeria, Congo, other countries of West Africa, and Indochina. Instead of feeling remorse and making up for its disgrace with good deeds, it once again falls back on predatory behavior, flagrantly violating the rights of the Azerbaijani people.

But, nurturing his sinister plans, Macron clearly got the coordinates and the target wrong. Azerbaijan will never be a punching bag. Meanwhile, Macron rapidly loses political weight throughout the years of his presidency, turning into a political outcast. Baku told him what to do and how to do it. He should not tempt fate and whine. He would be better off coming to his senses and drawing conclusions from Ilham Aliyev’s messages, who holds no grudge against the French people, but blames their feckless president for all of their social and economic woes.