The Azerbaijani Navy operates a hodgepodge of naval vessels mostly inherited from the Soviet Union after the country achieved independence in 1991. 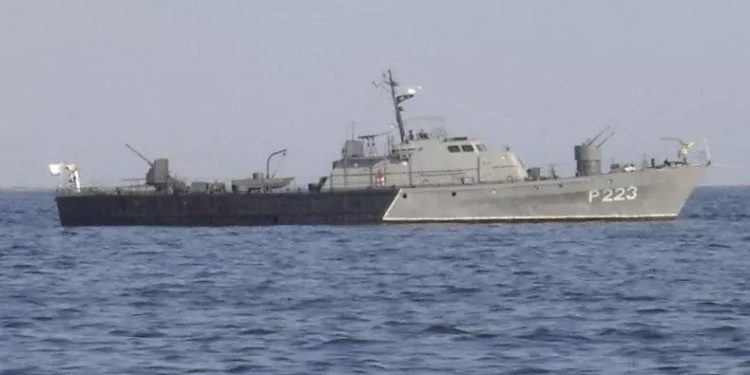 While Azerbaijan’s State Border Service has in recent years introduced a large number of Israeli patrol boats, the Azerbaijani Navy has to do with the leftovers, with its only ‘new’ acquisitions presenting a number of Soviet-era patrol boats and tugs transferred from the State Border Service. Perhaps as a result of its seemingly unremarkable inventory of ships, little attention has been devoted to the operations of the Azerbaijani Navy.

Nevertheless, careful analysis of the Azerbaijani Navy reveals a service that appears intend on making the best out of the aging inventory of vessels and equipment it currently has, continuing to operate ships and weapon systems that have long been retired by other navies around the world. In some cases these ships are upgraded with new radar systems or remote weapon stations (RWS), as is the case with the fitting of an Aselsan 30mm SMASH RWS to at least one Stenka class patrol boat, which’s story we covered here. [1]

Another oldtimer that continues to see active service with the Azerbaijani Navy is a single Turkish AB-25 class patrol boat donated to the country in 2000. [2] Owing to the lack of photographs and information available about the Azerbaijani Navy, the vessel has for the most part escaped attention during its more than twenty year career in Azerbaijan. Nonetheless, rigorous research reveals a number of sightings throughout the last decade as the country’s Ministry of Defence began to embrace social media, now regularly uploading videos about the navy to YouTube. 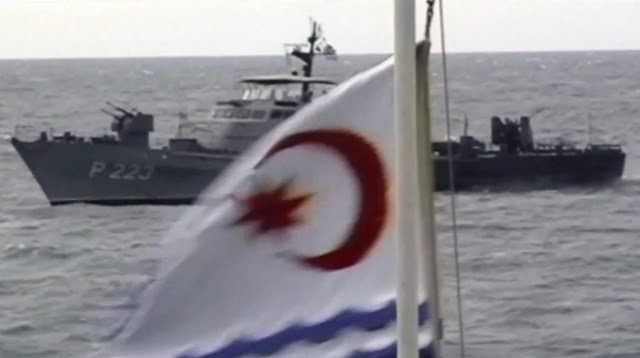 The AB-25 is a class of twelve patrol boats constructed by Camialtı Shipyard in Istanbul during the late 1960s and early 1970s. After the introduction of more modern and heavily-armed vessels to the inventory of the Turkish Navy, Turkey set out to donate several of the vessels to allied countries in the region. Neighbour Georgia received one AB-25 in 1998, while another two are reported to have been transferred to Kazakhstan in 1999 and 2001. [2] Azerbaijan is thought to have received its AB-25 (P 134) in the year 2000. P 134 had the honour of being the first non-Soviet ship to enter service with the Azerbaijani Navy.

After the decommissioning of a further two AB-25 class patrol boats by Turkey in 2000 and 2002, six AB-25s are still believed to be in active service with the Turkish Navy. In Turkish service, the AB-25s are armed with a 20mm Oerlikon cannon on the front deck, two 12.7mm M2 heavy machine guns (HMGs) midships and a single 40mm Bofors L/70 cannon on the rear deck. Although perhaps underwhelming by modern standards, it should be remembered that these vessels were designed as inshore patrol vessels (IPVs) during the 1960s. Interestingly, the AB-25s donated to Georgia and Azerbaijan appear to have been delivered without any armament.

Thus, after P 134’s arrival to Azerbaijan in 2000, its navy quickly set out to arm the vessel (now known as P 223). Having inherited sizeable amounts of naval armament from the Soviet Navy, it is little surprising that the ship was fitted with Soviet naval guns. The 20mm Oerlikon cannon was replaced by a 25mm 2M-3 double-barreled gun turret while the location of the 40mm Bofors cannon is now occupied by a 37mm 70K AA gun, in turn becoming the first Turkish-designed warship to operate with Soviet weaponry. The two HMGs installed midships are likely to be 12.7mm DShKs, which are commonly encountered on Azerbaijani naval vessels. 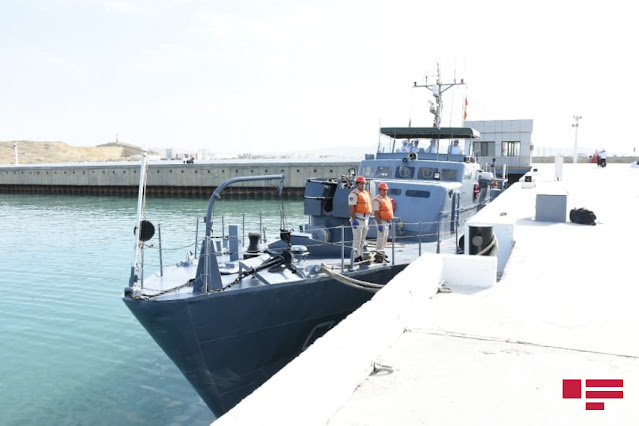 With no immediate replacement in sight, the lone AB-25 will likely continue to set sail along its Soviet patrol boat brethens for the foreseeable future. Still, with the Nagorno-Karabakh War having been settled firmly in Azerbaijan’s favour, the country might now finally start to invest in expanding the capabilities of its navy to keep up with the militarisation of the Caspian Sea. There is little doubt that Turkish Shipyards will be front runners to replace the aging ships currently in service, and the AB-25 could well end up being replaced by another Turkish-designed ship. 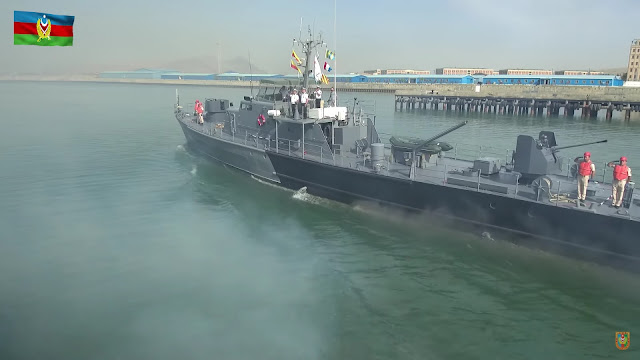